On the morning of April 15, the Russian armed forces prevented an attempt by Ukrainian nationalists to launch a missile strike against the P. S. Neporozhny Kakhovskaya hydroelectric power station. This was announced by the official representative of the Russian Defense Ministry, Major General Igor Konashenkov.

“This critical facility regulates the flow of the Dnieper River, supplies electricity to the Kherson region, as well as water supply to agricultural areas in southern Ukraine and northern Crimea,” he said.

Special operation in the Donbass on April 15. Text broadcast
How events are developing in the LDNR, in Ukraine and in the world against its background — in the online report of Izvestia

According to him, at about 7:00, a division of the Ukrainian 19th separate missile Brigade launched two Tochka-U tactical missiles at the Kakhovskaya hydroelectric power station, but both missiles were shot down in the air by Russian air defense systems. Fragments of one of them fell on the town of Novaya Kakhovka. Kindergarten buildings and residential buildings were damaged. One woman and a child were wounded, and Russian servicemen provided them with medical assistance on the spot.

The destruction of the dam by the impact would lead to an uncontrolled discharge of the Dnieper water and would cause flooding of settlements in the Kherson region.

Earlier on Friday, Konashenkov told how high-precision long-range sea-based Kalibr missiles struck a military facility on the outskirts of Kiev. The Russian Defense Ministry published footage of the Russian Navy strike. The representative of the Ministry noted that the number and scale of missile strikes on objects in Kiev will increase in response to the nationalist regime committing any attacks or sabotage on the territory of the Russian Federation. The day before from the sideSeveral villages in the Belgorod and Donetsk regions of Ukraine were shelled.Bryansk regions.

Since mid-February, the situation in the Donbas has worsened due to shelling by the Ukrainian military. The authorities of the Donetsk and Luhansk People’s Republics appealed toThey asked Moscow for help and organized the evacuation of civilians to the Russian Federation. President of RussiaOn February 21, Vladimir Putin signed a decree recognizing the independence of the republics, and on February 24, he announced the start of a special operation to protect them.DonetsBasin. 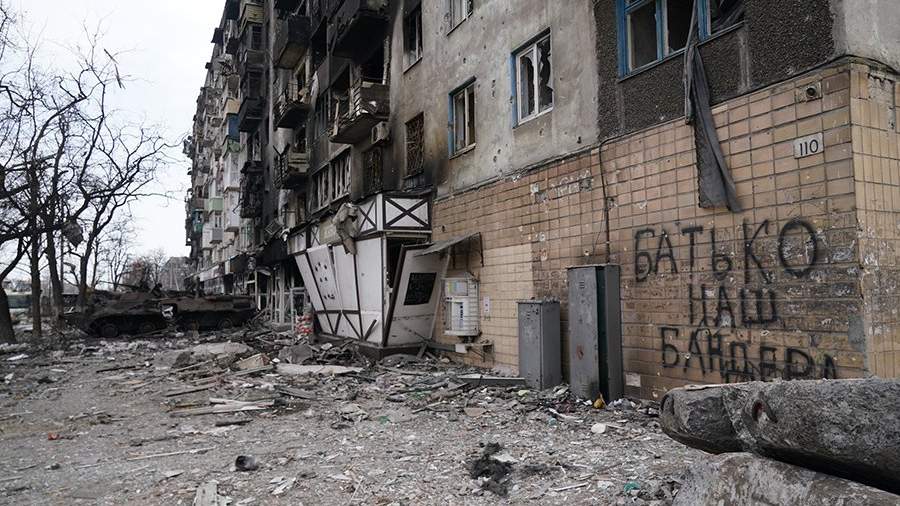 Ukrainian security forces have detained and are torturing 837 people in the city of Liman, Kramatorsk district, due to the fact that they are loyal to Russia. The corresponding statement was made on Friday, April 15, by the head of the National Defense Control Center of the Russian Federation, Colonel-General of the Russian Federation Mikhail Mizintsev. 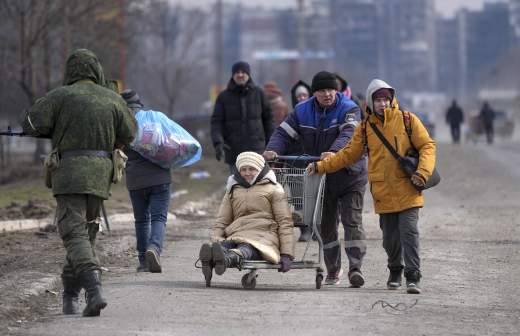 He clarified that from April 11 to 15, the nationalists conducted door-to-door tours to find out the views of local residents regarding the actions of Russia and the People’s Militia of the Donetsk People’s Republic (DPR).

“Currently, they are subjected to brutal torture, threatened with physical violence against their relatives , ” Mizintsev said.

Also, during the forceful raids, the nationalists forcibly seized valuable property from civilians, as well as food, allegedly for the needs of territorial defense, he added.

Mizintsev stressed that such actions of the Ukrainian authorities speak of the disregard for moral standards and the norms of international humanitarian law, and also confirm the inhuman treatment of the civilian population.

In addition, according to Mizintsev, Ukrainian nationalists continue to hold hostage more than 6,000 citizens from nine different countries as human shields.

The day before, the Russian Investigative Committee reported that a number of criminal cases had been opened on the facts of torture of Russian servicemen by fighters of the Armed Forces of Ukraine . The department clarified that on March 22, fighters of the Armed Forces of Ukraine fired on and captured several Russian military personnel participating in a special operation to protect Donbass in the Zaporozhye region of Ukraine. Later, they were handed over to employees of the Security Service of Ukraine (SBU), who illegally held prisoners of war for 10 days.

On April 13, it was reported that Ukrainian nationalists blocked more than 450 civilians in the Nikolo-Vasilyevsky monastery in the Volnovakhsky district of the Donetsk People’s Republic. The report notes that the monastery and the only road leading to it are constantly shelled from mortars and heavy machine guns, there are dead and wounded.

On April 6, the Ministry of Defense of the Russian Federation announced that torture, violence, bullying are being used against Russian servicemen, “which, with their inhumanity, copy the actions of punishers during the Great Patriotic War.”

On February 24, Russia launched a special operation to protect Donbass . Moscow explained that the tasks of the special operation include the demilitarization and denazification of Ukraine, the implementation of which is necessary to ensure the security of Russia. The decision was made against the backdrop of aggravation in the region as a result of shelling by the Ukrainian military.