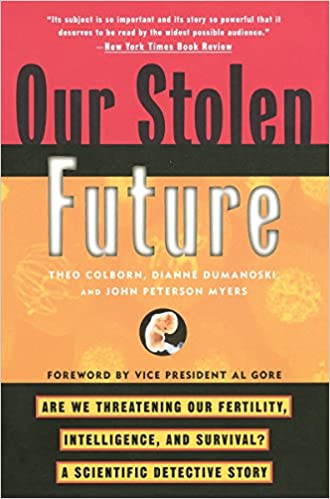 Men are facing a fertility crisis they may not be able to come back from, and an epidemiologist says hidden chemicals could be to blame.

Sperm counts have halved in Western countries, including New Zealand, with a prediction most couples will have to use assisted reproduction by 2045.

When Manu Fisi’ihoi and his wife Hannah were struggling to conceive, he admits he never thought it would be down to him – from a large Tongan family, surely he’d be able to have kids.

“As much as we want to stay optimistic and positive about all this, there’s still a sense of jealousy, a sense of anger,” he told Newshub.

They’ve been trying for a child for six years, but Manu’s sperm count is next to nothing.

“I even got to a point where I told her if this was really important for her to have a child, to leave, and be with someone else that could help her,” he admits.

“But she decided for some odd reason she didn’t want it with anyone else and we would do everything we can to try and make it work.”

They were able to access IVF, but it ended in heartbreak.

“Last month my wife had a miscarriage. She was at nine weeks.”

Fertility is a tough topic men often don’t want to talk about, and are often unaware of. Because unless you’re trying for a baby, why would you know how your sperm is doing?

“There’s a whole lot of guys who think it’s not going to be them, that they’ve not got much of a role in it and it’s bound to be their partner,” says Dr Phill McChesney, a consultant and fertility specialist at Fertility Associates in Auckland.

But an American scientist says stories like Manu Fisi’ihoi’s are going to become more and more common.

Reproductive epidemiologist Dr Shanna Swan has been tracking sperm counts in the UK, US, Australia, and New Zealand.

Based on that trajectory, and if nothing improves, Swan says most couples will need to use assisted reproduction like donors and IVF by 2045.

While she admits it’s speculative and has to level off at some point, Swan says there’s no sign things are improving.

The prediction that there could be many more men like him is cold comfort to Manu.

“Knowing that other men out there are going through this doesn’t make it easier. It’s actually quite sad to know there’s more,” he says.

We’ve all heard the warnings around hot laptops, and cellphones in pockets, and the usual risk factors like alcohol, tobacco, and obesity.

“There’s a lot of evidence this stuff is impacting our hormones. We just have to listen to that evidence and make the necessary changes,” she says.

Phthalates make some plastics flexible, and are also used in fragrances.

They can be found in food packaging, cosmetics like hair spray and shaving foam, as well as cleaning products.

In 2017, a Ministry of Primary Industries report found phthalates in butter, fresh meat, and takeaway noodles, having leached through packaging.

MPI told Newshub the exposure and the risks are low, but in her new book Count Down, Dr Swan says it’s time for better regulation, particularly as the most damaging exposure happens to a foetus in the womb.

“We have to regulate in low doses, because we’re exposed to very low doses. They’re risky, people don’t accept that, and I think a lot of regulators say ‘well if it’s a low dose it can’t hurt you.’ Well that’s actually not true: in development, foetuses are very very sensitive to very low doses,” she says.

That means it’s not so much what someone does now that’s responsible for their low sperm count, more what their parents did while they were in the womb.

Companies are starting to disclose if something is phthalate-free on the bottle, but Dr Swan says we’ve been through this before with BPA, and companies always find a way around.

“They can say it’s bisphenol A free, when it has these other forms of bisphenol. They don’t have to disclose that, and these other forms are just as harmful. So it’s a bit misleading, we call it whack-a-mole, or regrettable substitution.”

She’s calling for New Zealand to be a world leader in encouraging an outright ban.

The encouragement for openness

Another group of researchers in the US have called into question Dr Swan’s conclusions. They found there’s little evidence ‘spermageddon’ is upon us.

Dr Phill McChensey agrees Swan’s study is alarmist, but says it’s important to be alarmist about these sorts of things, because otherwise you don’t get action.

“If we take some notice of it and think well what can we do to change this, how can we improve things, what legislative things need to change, how can we make sure companies think about the safety of their products before they put them on the shelf, then I think we’re moving in the right direction.”

He says men are gradually realising it takes two, entertaining the possibility it could be them, and getting tested.

“There’s some guys who are now taking the bull by the horns and saying they’ll get checked out, and make sure they’re OK.”

Though he admits there’s still some hesitancy from men over the perceived embarrassment of producing a sample.

“It’s a very simple thing to do, and compared to the amount of tests we put women through with their fertility, the blokes definitely have an easier job.”

Through his YouTube series, and this interview, Manu wants more men, especially Māori and Pasifika, to speak up, and connect.

“We’re too prideful to talk about that, it’s almost taboo in the islands to talk about your sexuality and any private parts. Everyone gets real immature about it, or too sensitive.”

He also has a message for those who have become successful parents: enjoy your time with your kids.

“Hold your children a lot more, love them more, teach them more.”

Despite their setbacks, Manu and Hannah Fisi’ihoi are doing everything they can to make things work.

They’ve just applied for their second round of IVF.

“My ultimate hope: be a dad. I want to one day teach him how to tie his shoes, or her to tie her shoes. Take them to have ice cream. All these small things I think a lot of parents take for granted,” he says.

‘Small things’ many more could miss out on if the trend continues.