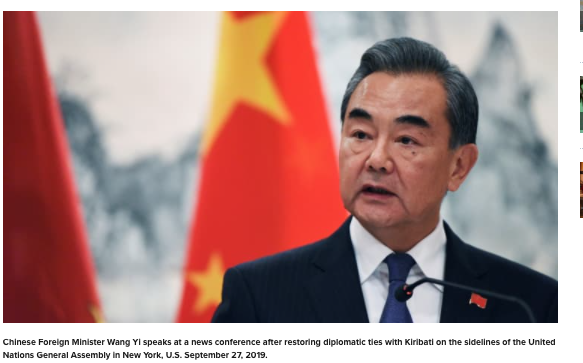 A relaxing, profitable and, quite frankly, secure job has turned into a nightmare. It is now dangerous, difficult, and simply stressful. And it is all due to the actions of the “cowardly Assad regime” and its Russian backers.

Indeed, this relates to being an oil trafficker in Northern Syria. In the past be it the ISIS oil fields, or those in the Syrian Democratic Forces-controlled areas, “exporting” oil to Turkey was an easy and simple business. This has all changed. 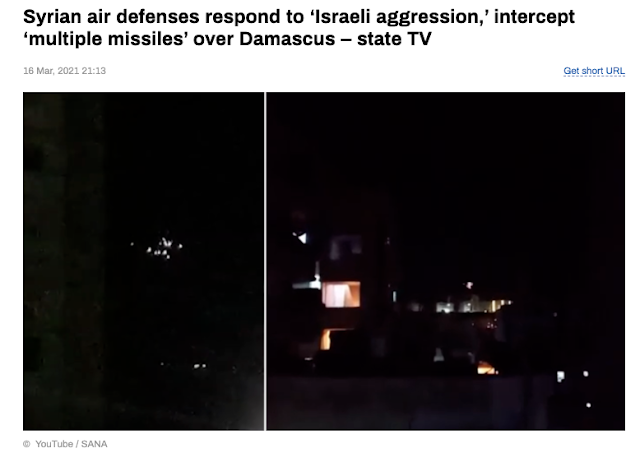 Syria’s air defenses were activated in response to an alleged ‘Israeli airstrike’ in Damascus countryside in the south of the country, state media reported, claiming that several ‘hostile projectiles’ were shot down.

The attacks came around 10:30pm local time on Tuesday near the capital, according to the Syrian Arab News Agency, citing a military source, who said the strikes came “from the direction of the occupied Syrian Golan.” 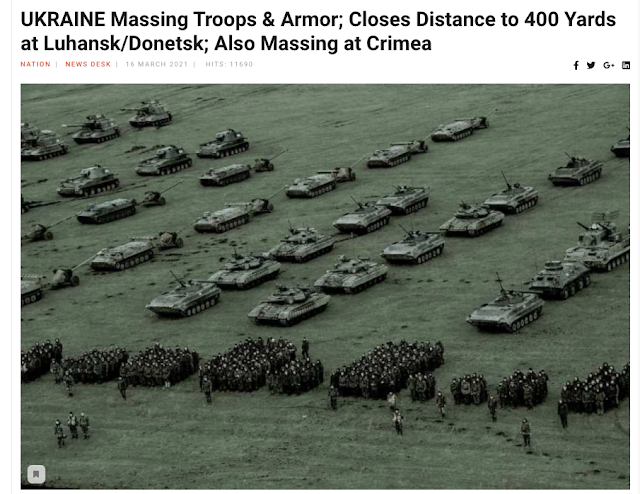 Things in Ukraine just keep getting more and more dangerous from a military conflict point of view.

The Ukraine government has closed the distance to only 400 yards between its armed forces and those of breakaway Oblasts (states) of Luhansk and Donetsk.

For almost two weeks, Ukraine has been moving trainloads of tanks, artillery, and other armor, into the area near Luhansk and Donetsk, with heavy troop arrivals that began this past weekend.

Now, those troops, and that armor, has been moved to about 400 yards from the forces of the breakaway states.

Crimea voted to leave Ukraine and return to Russia.  The West claimed the vote was rigged, but the Russian Duma (Congress) accepted the return of Crimea via legislation.  Crimea is once again Russian territory.

If Ukraine and/or NATO try to forcibly take Crimea back for Ukraine, it will mean direct war with Russia.

Moreover, if Ukraine tries to forcibly reclaim Luhansk and Donetsk, it will directly threaten the Russia Border and Russia may intervene there too.

Either way, pieces have been moved into place, and by all that’s logical, a major conflict is about to erupt in eastern Europe.

US and British military resources are also in the area and have been actively flying inside Ukraine grabbing electronic intel.  So the US and UK are heavily involved, and such will be the case if actual war breaks out. 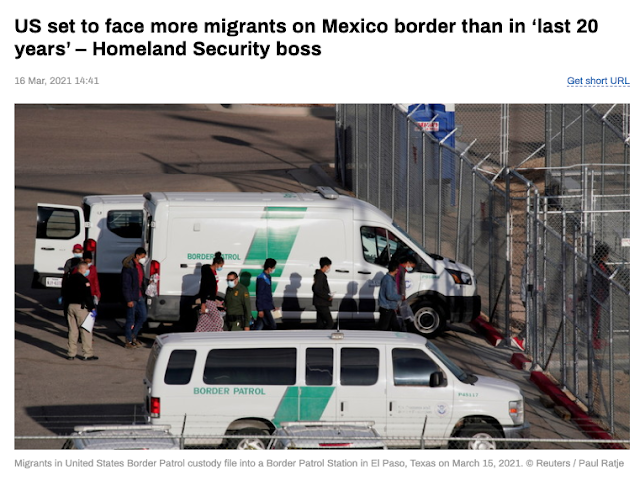 The US is set to encounter more migrants on its southwestern border than it had over the past 20 years, warns Secretary of Homeland Security, defending Washington’s handling of the ongoing influx of unaccompanied child migrants.

The prediction was made by the chief of the US Department of Homeland Security (DHS), Alejandro Mayorkas, on Tuesday.

“The situation we are currently facing at the southwest border is a difficult one. We are tackling it,” Mayorkas stated as he predicted the situation getting far worse in the future.

We are on pace to encounter more individuals on the southwest border than we have in the last 20 years.

Still, Mayorkas did not provide any timeframe when the record influx of migrants is expected to reach US soil.

The official also acknowledged issues with juvenile migrants held at the US border. The influx of unaccompanied children desiring to stay in the US at least temporarily comes after President Joe Biden’s decision to let all minors in. As of Sunday, nearly 4,300 unaccompanied children were held by Border Patrol officers, an anonymous source with the force told Reuters. 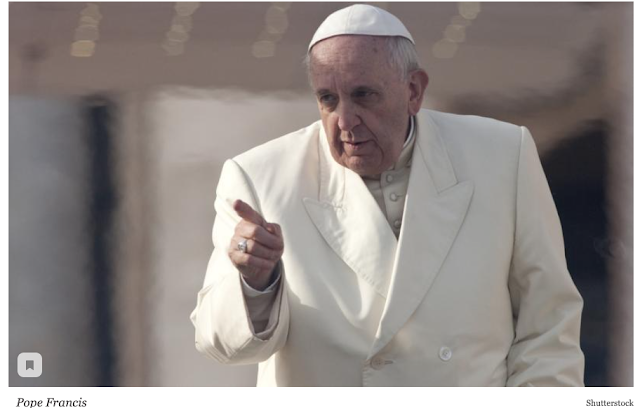 In true globalist phraseology, Pope Francis has called for a “new world order” following the COVID-19 “pandemic.” He also advocated for global change on “green” issues, warning that “we cannot waste any more time.”

Just yesterday, Vatican News published an excerpt of the Pope’s book length interview “God and the World to Come,” giving an insight into the content of the full work, which will be available in book stores starting tomorrow. Speaking to the Italian journalist Domenico Agasso, Francis stated, “The world will never be the same again.” 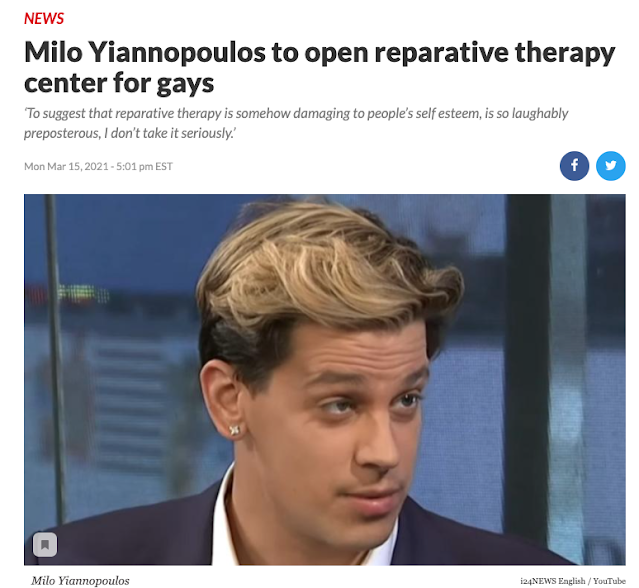 After publicly describing himself as ‘ex-gay’ and saying he is consecrating his life to St. Joseph, conservative activist Milo Yiannopoulos has again rocked the world, announcing that he plans to open a “reparative therapy” center in Florida “to help other people go through the same journey that I’m on myself.”

“This has been the easiest thing to raise money for that I’ve ever done. There is an enormous demand for this among people who believe they’ve been led astray by … the gay establishment,” Yiannopoulos told the New York Post, which mislabeled the planned center as offering ‘conversion therapy’ in its original headline, before later altering it.

“I think part of that is the resurgence of religious, socially conservative, kind of reactionary politics among noisy young conservatives,” asserted Yiannopoulos. “People who are kind of like DMing me now,” asking “‘where do I send the f–king check?’ You know, like, get me in your program.”