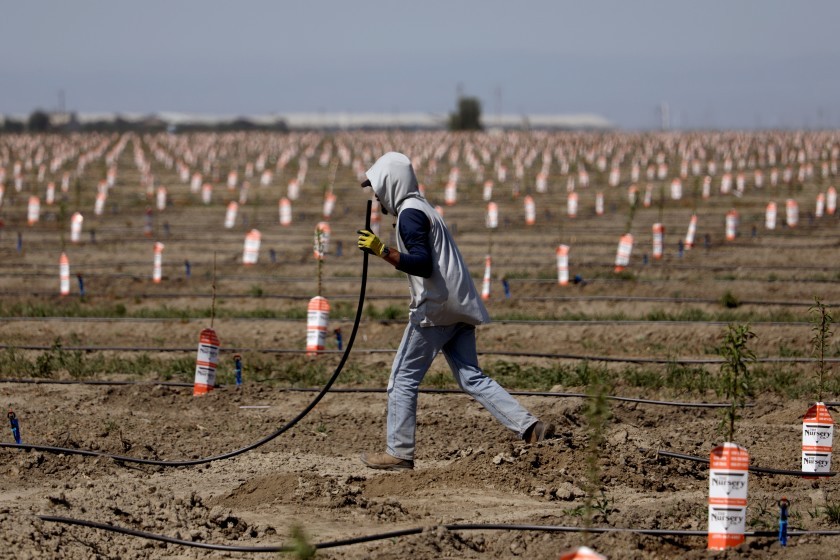 Guy McPherson used to talk about this and warn of the “dustbowl that never ends”.

In a stark indication of California’s growing water crisis, Gov. Gavin Newsom on Monday declared a drought emergency in 41 counties, including areas of the Central Valley that had urged action on behalf of agricultural growers.

Newsom’s proclamation dramatically expands the drought emergency he declared in Sonoma and Mendocino counties last month, and now covers 30% of the state’s population.

“With the reality of climate change abundantly clear in California, we’re taking urgent action to address acute water supply shortfalls in Northern and Central California while also building our water resilience to safeguard communities in the decades ahead,” Newsom said in a prepared statement. “We’re working with local officials and other partners to protect public health and safety and the environment, and call on all Californians to help meet this challenge by stepping up their efforts to save water.” 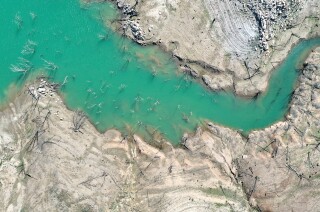 A dry winter and other factors have left California with much less of its traditional runoff from snowpack in the Sierra Nevada and Cascade mountain ranges. Newsom said the emergency would “address acute drought impacts in Klamath River, Sacramento-San Joaquin Delta and Tulare Lake Watershed counties.” Last month’s declaration was aimed at severe drought conditions in the Russian River Watershed.

The drought is expected to lead to a heightened fire season in a state that blasted records last year; decrease available water for agriculture; and present threats for fish and wildlife habitats, according to the proclamation.

“It’s time for Californians to pull together once again to save water,” Wade Crowfoot, secretary of the state’s Natural Resources Agency, said in a statement. “All of us need to find every opportunity to save water where we can: limit outdoor watering, take shorter showers, turn off the water while brushing your teeth or washing dishes. Homeowners, municipalities, and water diverters can help by addressing leaks and other types of water loss, which can account for over 30% of water use in some areas.”

Under the proclamation, state officials will consider ways to conserve water, improve water quality and move water to where it is needed most. It also eases regulations. 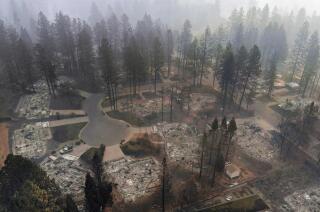 In recent weeks, Central Valley Republicans in particular had urged Newsom to declare a statewide drought emergency, which would allow state regulators to relax water quality and environmental standards that limit deliveries from the Sacramento-San Joaquin River Delta, California’s water hub. They were enraged when Newsom declared drought emergencies in Sonoma and Mendocino counties only.

The declaration excludes almost all of Southern California, where the drought picture is much less dire. That’s because the region is mostly supplied by big federal and state water systems, rather than local precipitations.

The Metropolitan Water District of Southern California, which imports water from the Colorado River and the north, says it has record reserves in regional reservoirs and groundwater banks — enough to carry it through this year and next.

“While our region does not face mandatory water use reductions, we support residents looking into actions they can take to use water efficiently around their homes and businesses,” Jeffrey Kightlinger, the MWD’s general manager, said Monday.

Los Angeles, which is partly supplied by the MWD, similarly doesn’t anticipate any shortages, officials said.

Last month, Newsom said his administration was going to use a targeted approach toward drought emergencies, rather than declaring a statewide crisis.

A number of factors prompted the administration to act now, officials aid. Extremely warm temperatures in April and early May led to quick melting of the Sierra Nevada snowpack, and much of that melt was absorbed by dry earth instead of flowing into rivers and reservoirs. The heat also caused higher consumption of water, leaving reservoir levels extremely low for the consumers, farmers, and wildlife that depend on them.

As a result, the state’s water supplies have been reduced by more than 500,000 acre-feet — or enough water to supply up to 1 million households for a year, officials said.

Officials say the lessons of those withering years have left the state in a somewhat better position to deal with its inevitable dry periods.

L.A.’s water use has declined to 1970s levels, despite the fact that California’s largest city has nearly 1 million more residents than it did then. Restrictions on landscape watering have been in place for a decade, and the city continues to offer conservation rebates for water-efficient appliances and lawn removal

The US Department of Agriculture (USDA) has warned against a megadrought approaching dangerous levels in the southwestern US. Wildfire conditions have been ripe across the region as Red Flag Warnings have been sprouting up from California to Texas.

Arid conditions in Arizona appear to have sparked a duo of wildfires burning in the state, forcing thousands of folks to flee as firefighters struggle to contain the blazes.

One of the fires rages just south of Prescott National Forest, located in north-central Arizona. Mandatory evacuations orders forced thousands from their homes in Minnehaha, Fort Misery, and Horsethief Basin, while Crown King was placed on alert Sunday. The fire has been dubbed the Tussock Fire.

“There is significant danger to you, gather necessary items and go,” read a Facebook post operated by the Arizona Bureau of Land Management (BLM). The Facebook page continued to say the Tussock Fire is “approximately 3,500 acres; 0% containment.”

The second wildfire is approximately 2,560 acres and stood at 35% contained as of Sunday evening. The fire is called Copper Canyon Fire and is burning 3 miles northeast of Globe in Gila County, located in the state’s central part.

The US Drought Monitor as of last week shows more than 40% of the country is in drought coverage. Most of the “extreme” to “exceptional” drought is in the southwestern US.

“There have only been four times in the history of the drought monitor that we have seen more than 40% US drought coverage as we come into early May,” said USDA Meteorologist Brad Rippey. “The current US drought coverage is 46.6% of the lower 48 states in drought. That is a 2.6% increase from what we saw five weeks ago.”

Fears of another 1930s Great Depression-style drought are quickly materializing in the southwestern US.

Utah and Nevada recorded their driest years in more than 126 years in 2020, while Arizona and Colorado had their second driest and New Mexico its fourth. The Southwest, plagued with “severe,” “extreme,” and “exceptional” drought conditions, suggests similarities to the Great Depression’s Dust Bowl of the 1930s (read: “Return Of The Dust Bowl? The “Megadrought” In The Southwest Is Really Starting To Escalate”).

Besides escalating wildfires and water shortages, farmers in the western half of the country are frightened of a significant agricultural disaster this growing season as the drought rages. The exceptional dryness could result in crop failures that would ultimately send agricultural prices even higher. So much for that “transitory” inflation, the Federal Reserve continues to squawk about…

Now Dust Bowl conditions have returned, wildfires begin to break out, and farmers are panicking about crop failures. But don’t worry, the Federal Reserve will just print more money in the name of climate change.