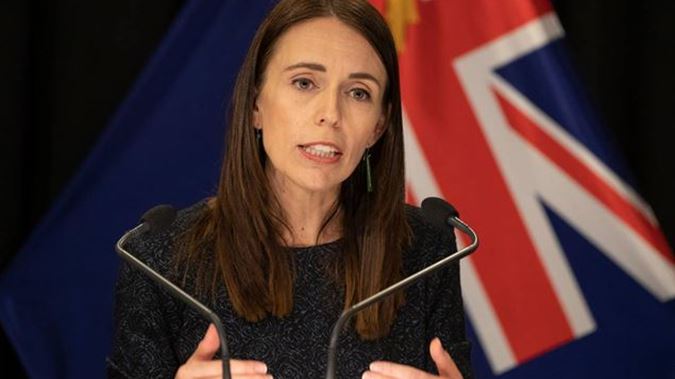 This interview of lawyer, Sue Grey on Magic Mornings  was recorded, 30 April, 2021

PM: Frontline border workers must be vaccinated by Monday or else

Airport staff, security guards, hotel receptionists and other frontline border workers will need to start being moved into “low risk” roles from Monday if they refuse to get vaccinated.

Prime Minister Jacinda Ardern today said it was too risky to leave them in jobs where they might contract Covid-19 from those arriving from overseas.

An unvaccinated Auckland security guard was today revealed as the latest Auckland Covid community case, and a further 23 cases – including 19 active – were detected in MIQ overnight.

With most of the MIQ cases arriving from India, Ardern said New Zealand would now temporarily halt people from flying from the country from Sunday until April 28.

The Government was also implementing a further safeguard against Covid escaping from MIQ facilities by ensuring all frontline border workers were vaccinated.

So far more than 80 per cent had been vaccinated, Ardern said.

Border workers unsure about vaccines were initially given time to consider their options and seek more information.

However that time had now run out, Ardern said.

From Monday those workers would need to be vaccinated or moved into roles where they were not in contact with New Zealand’s border and overseas arrivals.

It was very clear from the fact that New Zealand had more than 60 cases in MIQ in the past two weeks that the Government had to review its options to reduce the risk, Ardern said.

Few countries, aside from Australia, had been operating managed isolation facilities in a similar way to New Zealand.

That was why it had been “an enormous” challenge to keep all arrivals and all workers in those facilities safe and healthy, she said.

Director general of health Dr Ashley Bloomfield today revealed the new Covid community case was an unvaccinated 24-year-old who worked at the Grand Millennium, in Auckland.

The man had a sore throat four days ago.

The person lives alone but Auckland Regional Public Health was investigating contacts with the man’s neighbours.

He travelled to work with a colleague, who was being tested. The colleague had been fully vaccinated.

The man worked at Easter, but was not at work or in contact with anyone yesterday. He isolated at home overnight and was being transferred to Jet Park today.

Bloomfield said officials were still working to determine the exposure of the security guard’s colleagues and community contacts.

Genome sequencing had started but it would not be completed until tomorrow afternoon.

An assessment of the ventilation in the Grand Millennium was already in progress before the worker was infected.

The border worker would have been offered a vaccination but Bloomfield did not have details on why he had not been. His understanding was the man had not declined a vaccination.

The Grand Millennium was one of the country’s larger MIQ facilities, Bloomfield said.

It is the same facility where a cleaner tested positive on March 22.

All MIQ and government border workers vaccinated by 1 May

From 11.59pm tonight all work in Managed Isolation and Quarantine (MIQ) facilities and by Government agencies at the border will be undertaken by vaccinated workers.

The Government has introduced the new requirement under the COVID-19 Public Health Response (Vaccinations) Order 2021.

“This is the largest immunisation programme ever undertaken in this country and MIQ and border workers were first in line. They are among the people most at risk of exposure and I’m really proud so many of them have stepped up and led the way for the country.

“The COVID-19 vaccination programme roll-out started on 20 February when MIQ workers at the Jet Park facility in Auckland were the first people to be offered the vaccination. We’ve come a really long way in such a short time”, he says.

“As of today 95% of MIQ workers have been vaccinated. We always expected there would be a small percentage who wouldn’t.

“On any given day we have around 4,500 people working in our 32 MIQ facilities from over 300 different employers. Anyone not vaccinated, in order to meet the border order requirement, will be redeployed by their employer. These are individual employment discussions for employers to have with their employees. We have supported them with assistance from the Ministry for Social Development to explore other employment options.

“To keep workers protected and our communities safe from transmission, all public and private MIQ workers, contractors and visitors (permanent and occasional) will, from 1 May, have to provide proof of vaccination each time they enter a facility.

“Border and MIQ staff have now supported more than 134,000 people to safely cross the border to life in New Zealand. Having a vaccinated MIQ workforce will provide a critical additional line of defence to keep them, their whānau and our communities safe and well, and help prevent COVID-19 from spreading into our communities. It’s an extra layer to help protect all New Zealanders against COVID-19.”

Christine Stevenson, Chair of the Border Executive Board and Chief Executive of the New Zealand Customs Service, says the new requirements will also apply to workers employed by government agencies at the border who interact with international arriving air passengers (not including quarantine free travel) and crew or ship’s crew, or who spend more than 15 minutes in an enclosed space on board ships.

“Government border agencies will have a duty to ensure that only people who have been vaccinated are permitted to carry out work, or other activities, at our international airports and ports”, she says.

“Our border workers across government and MIQ have done a remarkable selfless job in keeping our country safe from COVID-19.

“Being fully vaccinated gives an even greater level of protection to these workers, their families and the community.”

New workers covered by the Order will need to have their first dose before starting work, and then have 35 days from starting work to receive their second dose.