“I was shocked when we went up there because usually in April we have a lot of new growth and old growth, and we didn’t see any new growth on the shrubs,” said Craig Clements, a SJSU professor and director of the center. “We weren’t seeing any of the lighter colored, bright green new growth sprouting out of the growth. Usually we take clippings of new stems and there weren’t any. This has never happened”.” 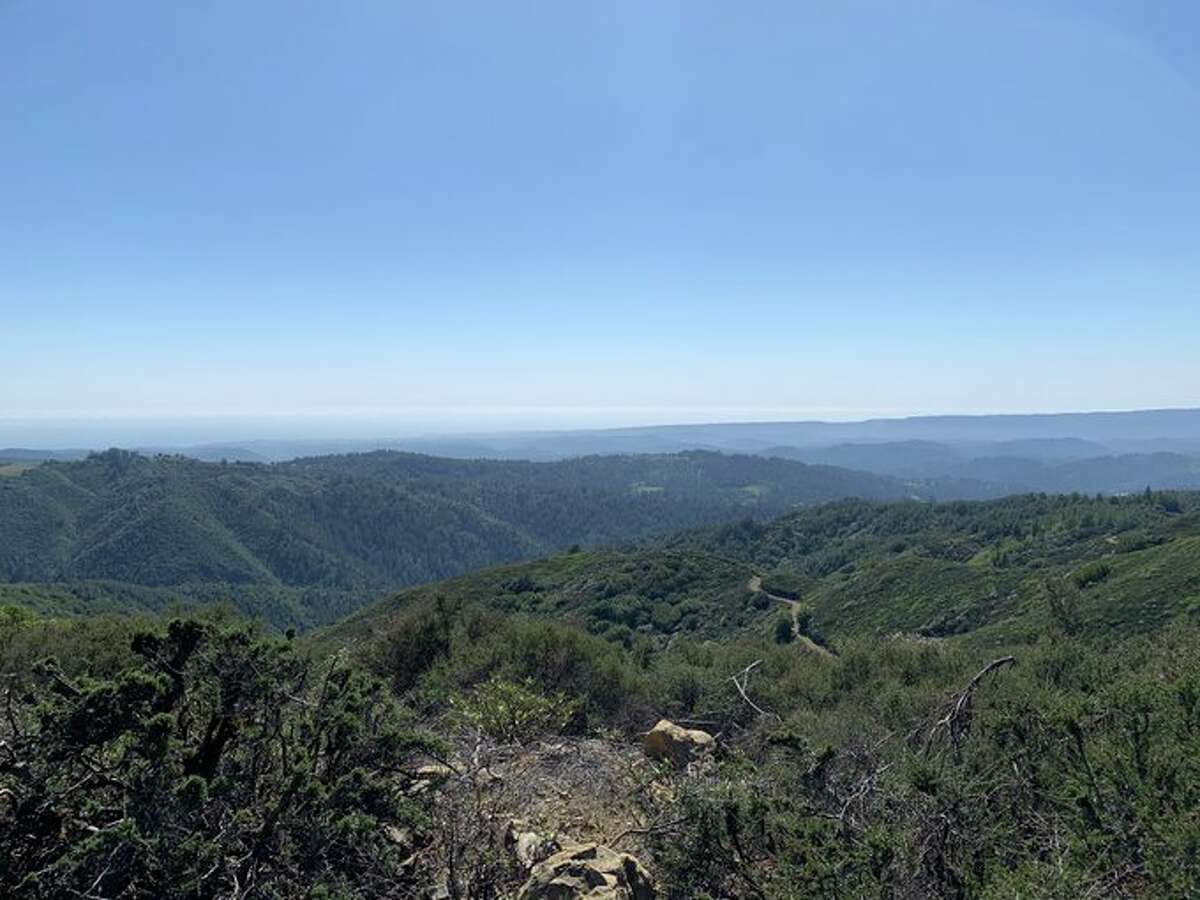 On the second day of April, the skies were clear over the San Francisco Bay Area and the view from atop the sun-drenched Mount Umunhum in the South Bay spread across a sea of green shrubs and trees carpeting the surrounding Santa Cruz Mountains.

It was a beautiful sight, but a team of researchers from San Jose State University’s Wildfire Interdisciplinary Research Center — the only wildfire research center in California — noticed something wasn’t quite right.

“I was shocked when we went up there because usually in April we have a lot of new growth and old growth, and we didn’t see any new growth on the shrubs,” said Craig Clements, a SJSU professor and director of the center. “We weren’t seeing any of the lighter colored, bright green new growth sprouting out of the growth. Usually we take clippings of new stems and there weren’t any. This has never happened.”

Clements shared an image (above) from the expedition on Twitter and wrote, “The lack of rain this season has severely impacted our chaparral live fuel moistures. Wow, never seen April fuels look so… dry. No new growth anywhere in this Chamise. April is climatologically the highest live FMC of the season. Very Scary!”

FMC refers to “fuel-moisture content” — a measure of the ratio of moisture to combustible material in plants that indicates how prone they are to burning. To measure the FMC, Clements said researchers weigh the “wet” samples, dry them for 24 hours and then weigh them again to get the dry weight. They often use clippings from chamise, one of the most widespread plants in California’s chaparral landscape. They also sample from manzanita trees, another California native.

The concept may sound complicated, but it’s actually simple. When the fuel moisture is high because plants are lush and water-filled, wildfires don’t ignite and spread easily. When it’s low because vegetation is dry, parched, even dead, wildfires start easily and spread rapidly.

This year the fuel-moisture content across the Santa Cruz Mountains is terrifyingly low as the state moves out of a second, consecutive rainy season marked by dry conditions. The 2020-2021 winter was the third driest on record, according to the California Department of Water Resources. The region’s reservoirs are beginning to see the impact and are at half their total capacity.

Clements said that the lab manages three FMC sites in the mountain range — the one on Mount Umunhum, another in Scotts Valley, and one in the hills behind Los Gatos — and measurements have all been dismal. All three sites are part of the National Fuel Moisture Database that was launched in 2001 and has become a tool for fire behavior specialists working fires. The data collected in April will be used by firefighting agencies — including Calfire and the U.S. Forest Service — in coming months when blazes spark in the Santa Cruz Mountains and across the state

Clements said the lab has been tracking the Los Gatos location known as Blackberry Hill the longest, since 2013. “That’s a core site that we base everything else on,” he said. “This site has the most consistent database of any site in the state, so it’s a good site to compare others to. Many sites just aren’t consistent in their sampling, but because we are the only wildfire research center in the state, we have the means to manage multiple sites. We also train Cal Fire on sampling protocols.”

This value is even lower than what was observed amid the state’s last major drought that ran from 2012 to 2016. “These values are the lowest we’ve observed,” Clements said. “This suggests that the plants are very stressed and that the lack of rain is resulting in drier conditions for this time of year.”

This finding comes a year after California saw its largest wildfire season in modern history with over 10,000 wildfires tearing through over 4.2 million acres, more than 4% of the state’s roughly 100 million acres of land, according to Cal Fire. The wildfire season was exacerbated by a rare lightning storm in August that ignited a rash of fires across California including the CZU Lightning Complex that devoured 86,509 acres and 7,567 buildings in the Santa Cruz Mountains. “CZU” refers to the Cal Fire designation for its San Mateo-Santa Cruz Unit, the administrative division for San Mateo, Santa Cruz and San Francisco counties.

Clements fears this season could be equally dire, but only time will tell. “It’s hard to say if it’s going to be worse, but it could be very similar,” he said. “As long as we don’t have a lightning event, we should be in better shape, but our fuels are not.”