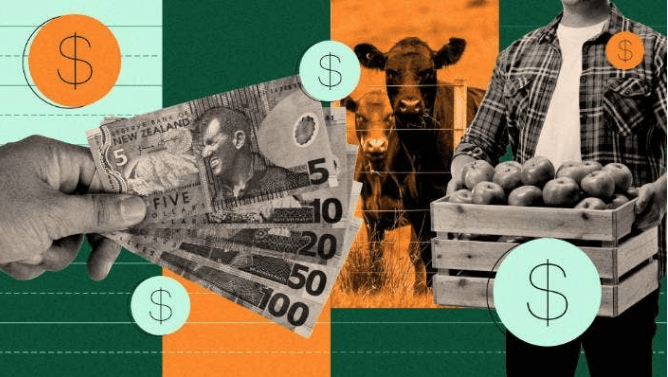 I live in New Zealand but didn’t know about this.

I learned about it from TruNews!

New Zealand farmers will start to pay for emissions from 2025 in a world-first scheme set to be signed off by Cabinet in early 2023.

The Government will on Tuesday release its consultation document on He Waka Eke Noa, the system of farmgate pricing that has been worked on for a touch under three years. The scheme was first devised in 2019 after calls from the sector to have a farmgate emissions pricing system that would reward climate-friendly farmers.

Under the proposals in the consultation document seen by Stuff – Te tātai utu o ngā tukunga ahuwhenua – Pricing Agricultural Emissions – the scheme will be introduced in 2025, with farmers set to pay a levy on emissions that will be set by Cabinet either once a year or every three years.

The document is expected to be announced by Prime Minister Jacinda Ardern, Agriculture Minister Damien O’Connor and Climate Change Minister James Shaw in the Wairarapa on Tuesday.

If seen through to completion, it will mark the end of a 20-year battle to price agricultural emissions that began with Helen Clark’s so-called fart tax in the early 2000s. Methane emissions – the vast majority which is generated by livestock – make up half of New Zealand’s overall emissions profile.

The Government has committed to a 10% reduction in methane emissions from agriculture and landfills by 2030, going up to a 24-47% reduction by 2050, compared to 2017 levels. It comes alongside a net-zero emissions target for 2050.

The Government has accepted most of the recommendations made by the He Waka Eke Noa partnership – which includes Government departments, Māori, as well as primary sector peak bodies such as Federated Farmers and Beef and Lamb, Dairy NZ and Horticulture New Zealand. It has also incorporated feedback from the Climate Change Commission.

The two primary recommendations rejected were a proposal for farmers have a significant voice in setting their own emissions prices, and another around using trees planted in shelter belts and next to streams and rivers to reduce the size of annual greenhouse gas levies.

According to the consultation document, the Climate Change Commission will now make the primary recommendation to Cabinet on price, a process that farmers will be able to participate in. Government ministers will make the final decision.

Farmers will be able to claim credit for on-farm trees during the early years of the scheme. But eventually, this will transition to the Emissions Trading Scheme (ETS) – the traditional place to earn cash for the carbon dioxide absorbed by forests.

Initially, farmers were set to be folded into the ETS if insufficient progress was made on farmgate pricing. However under the new proposals, if the sector is not ready to start farmgate pricing by 2025, it will be subject to an interim backstop processor levy.

That would see importers and manufacturers paying for the emissions based on the amount imported or processed. Government ministers will recommend next year whether the processor levy needs to be brought in.

In the report, the Government admitted having concerns about the tight timeframe and that getting the system off the ground would “require a significant amount of work, relying on a tightly sequenced series of events”.

That includes the risk that farmers, growers and the systems that needed to be in place would not be ready by 2025, causing a delay in pricing agricultural emissions – making it even harder and more expensive to achieve promised 2030 emissions reductions.

All farmers who meet a livestock and fertiliser-use threshold will have to pay the levy and will be legally responsible for annual payment of the levies.

Under modelling accompanying the consultation document, New Zealand will hit its methane and carbon dioxide targets under the new system, which will leave some climate advocates cold because it does not set an overall cap on the amount of agricultural emissions.

Speaking ahead of the announcement, Climate Change Minister James Shaw said that the process – and the compromises it required – were crucial to getting a deal over the line.

“That’s why the prime minister has invested so much in He Waka Eke Noa and in building that level of consensus in the sector. Because if you can keep the sector on board, then you can essentially keep the National Party on board,” he said.

“There are very few people now who don’t think that there shouldn’t be some form of agricultural emissions pricing.”

While the current document says that emissions pricing will be a levy, Shaw is keen to keep pushing for it to be more akin to the emission trading scheme in the long-term, where government sets an emissions cap and lets the market sort the price. Under proposals, the government will set a price in line with its targets.

The Government is also tossing up between pricing synthetic nitrogen fertiliser emissions at farm-level, or pulling manufacturers and importers into the ETS.

More and continued investment into public transport, cycleways, education and urban planning – the organisers of the School Strike 4 Climate have a clear list of demands.

The report acknowledged pricing emissions will have an impact on sheep and beef farming – in turn, disproportionately affecting Māori who own large parts of the sectors.

Consultation ends on November 18, with O’Connor and Shaw required under the Zero Carbon Act to publish a report on the back of consultation by the end of this year.

Cabinet will then decide on the pricing system and a bill will be introduced to Parliament in 2023, with initial rules to be developed in 2024 while the IT system for farmers will be created during that time.

He Waka Eke Noa’s June proposals saw an outcry from climate advocates, with Greenpeace questioning whether self-regulation would work, describing the plan as a “ham-fisted attempt to cook the books with unproven technofixes which don’t stack up”.

The Green Party said at the time it had doubts the proposals would help the sector shift to low emission farming practices, saying the Government had given farmers a hall pass to wag school.

One thought on “NZ government to introduce fart tax”