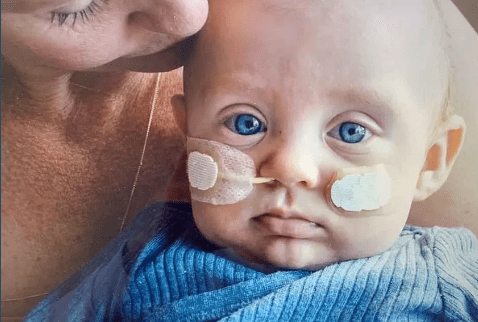 First, the lies from the media.

The response is further down

A judge has ruled in favour of Te Whatu Ora Health New Zealand’s application to put guardianship of a sick four-month-old baby into the court to allow the child’s heart surgery to go ahead under the usual process.

The child, who cannot be named because of an automatic court order, has the heart condition pulmonary valve stenosis and requires an operation to clear a severe valve obstruction.

The baby’s parents said they want the surgical procedure to go ahead, but they didn’t want it to happen with blood donations from donors who’ve been vaccinated against COVID-19.

The guardianship order comes into effect from the date of the order until the baby’s surgery and post-operation recovery has ended, lasting until January 31, 2023, at the latest.

The court has appointed two doctors as agents of the Court to consent to the life saving surgery.

“[Including] all medical issues related to that surgery including the administration of blood and blood products.”

The child’s parents remain as general agents for other purposes.

The doctors appointed have been ordered to keep the parents informed of the progress, condition and treatment of the child.

The judge accepted the child’s parents’ “genuine concerns” about the risk of using vaccinated blood, but said their views are “very different” from the views of the child’s clinicians and the New Zealand Blood Service (NZBS).

“The parents’ alternative proposal is not an available alternative offered by NZBS. It is not supported by a clinician’s opinion knowing [the baby’s] state, nor by peer reviewed articles. I cannot conclude it is a safe alternative that is in [the baby’s] best interests.”

The judge added enabling the surgery to go ahead using NZBS blood products without further delay is in the child’s “best interest”.

“The decision to make an application like this to the court is always made with the best interests of the child in mind and following extensive conversations with whānau.”

Dr Shepherd added the Starship team will work alongside the baby’s family “as we continue to care for him”.

A full hearing was held on Tuesday at the Auckland High Court before Justice Ian Gault.

Paul White, the lawyer acting for Te Whatu Ora, said if the application was successful, the court would appoint two sets of agents. Medical agents would deal with the baby’s condition and treatment, but the child’s parents would remain the agents of any other decisions for their baby.

“His survival is actually dependent on the application being granted,” White said.

White told the court, previously when the baby was having an earlier procedure a blood transfusion was given to the child with the mother’s consent.

“So it’s curious now that such a firm position is taken to further blood products when there was already an earlier consent to blood products being administered, which were administered and there haven’t been any adverse consequences to the baby from that,” White said.

But the family’s lawyer, Sue Grey, said that was only agreed to in the case of emergency, saying “the fact they got away with it once doesn’t mean that we should effectively play blood roulette and try it again”.

Grey said some of the people identified by the family as possible unvaccinated donors, were outside court.

“There’s ample evidence that NZ Blood and the hospital can do it, they just don’t want to do it,” she said.

What happens next as court granted temporary guardianship of baby over blood donor battle?

The family of a baby that needs urgent heart surgery won’t appeal the decision to grant the court guardianship of the baby.

Te Whatu Ora Health NZ made an urgent application for guardianship under the Care of Children Act last week after the baby’s parents refused to consent to the surgery unless the donated blood needed came from people who had not received the Covid-19 vaccine.

In a judgement released yesterday by Justice Ian Gault about 6pm, he said the baby is under the court’s guardianship until completion of their surgery and post-operative recovery. The latest the order is in place is January 31, 2023.

Justice Gault said the baby’s doctors are to keep the baby’s parents informed “at all reasonable times of the nature and progress” of their child’s condition and treatment.

In a statement, the parents said there was no time to appeal and the priority was to enjoy a peaceful time with their baby until the operation.

In court on Tuesday, Te Whatu Ora’s lawyer, Paul White, said the organisation did not take a step like this lightly.

“His survival is dependent on the publication being granted,” White said.

“What we have are loving parents who love their child, with contrasting views to the medical professionals.”

He also said it was “curious” the parents took such a strong view on the blood needed for surgery, considering the mother had previously consented to blood from the general supply being used in an earlier surgery.

In response to that, Sue Grey, lawyer for the family, said they did not want the blood to be given, however given how the operation was going, they understood that it was needed.

“The fact they got away with it once doesn’t mean we should play blood roulette again,” she said.

File photo outside court last week. Starship Hospital specialists walked away from a meeting with parents when a support person began outlining her theories on the dangers of transfusions for infants, Justice Gault has written in his judgement. Photo: RNZ / Mohammad Alafeshat

Starship specialists have described an appointment with the parents of a baby at the centre of a court dispute that was hijacked by one of their support people spouting conspiracy theories.

The High Court has taken guardianship of the baby to allow him to have the life-saving heart operation he needs.

It was delayed by his parents’ insistence he only be given blood from someone who has not been vaccinated against Covid-19.

The judgment issued by Justice Gault last night outlined how doctors tried to work with the parents but the relationship eventually broke down.

He referenced a meeting on 25 November between Starship Hospital’s paediatric cardiac surgeon in chief and other specialists.

“Dr [Kirsten] Finucane said this meeting was hijacked by the parents’ support person who proceeded to pressurise the specialists with her theory about conspiracies in New Zealand and even said that deaths in infants getting transfusions were occurring in Starship Hospital,” Justice Gault said in the judgement.

After several minutes the specialists asked to leave the meeting and walked out with the support person continuing to try to talk to them.

That meant they were unable to explain their position to the parents.

The judgement described how, in October, the baby’s parents were distressed when they learned he had been given a blood top-up during surgery and said in future they wanted to find an alternative.

The doctors asked the Blood Service if the parents could use a donor of their choosing but it was not practical because so many different blood products were likely to be needed.

In the end the specialists felt they could no longer wait because the baby was getting sicker and at greater risk of complication, the judgement said.

Justice Gault’s decision gave Starship doctors the right to carry out the surgical and recovery care the baby needed because that was in the baby’s best interest, he said.

His parents remain responsible for all his other care.

He outlined some of the evidence provided by the family’s lawyer, Sue Grey, but noted that much of it did not come from clinicians.

She had felt the parents were being dismissed as conspiracy theorists and their concerns were being ignored.

Justice Gault noted the relationship between doctors and the parents had suffered and urged both sides to work together.

The loving parents wanted the best for their child, he said.

He accepted they had genuine concerns about the risk of using blood from vaccinated donors.

However, he agreed with advice from doctors that it was safe.

Using blood from a donor of their choosing was not an available alternative, nor supported by doctors so was not a safe alternative in the baby’s interests, he said.

“For these reasons, and given that Baby W needs urgent surgery, an order enabling the surgery to proceed using NZ Blood Service blood products without further delay is in Baby W’s best interests.”

The media has the gall to publish this on the same day.It is not only racism.

The media only publishes this story because it can point to “racism”.

This sort of treatment by the medical system is ubiquitous.

Liz Gunn’s statement on Baby Will

Liz Gunn from Free NZ sat down with the lawyer of Baby Will’s family last night to get the latest update on the case.

Yesterday evening, the devastating news came through that the State would be in charge of baby Will’s guardianship for the operation and post-op care.

The announcement has left many NZ people devastated and understandably angry.

Others are voicing their concerns to the following key players:

An Exhortation to non-violence

Here is an excellent commentary by activist, Carlene to the decision.

One of New Zealand’s worst commentator, ex-politician Michael Laws is too afraid to talk to Steve Kirsch.

Why can’t we talk about it?

How are we supposed to resolve our differences if every vaccine advocate in the world refuses to have a civil discussion about it?

I am writing this from Auckland Airport in New Zealand awaiting my flight back to San Francisco. I was just informed that my attempt to have a discussion about COVID policies with Michael Laws on The Platform was denied. The message I received read as follows, “He isn’t interested in having his views tested by yours.”

So effectively, I’ve been “de-platformed” by The Platform which bills itself as “New Zealand’s only independent media site giving you unbiased coverage, commentary, and opinion and the chance to have your say.” Wow.***