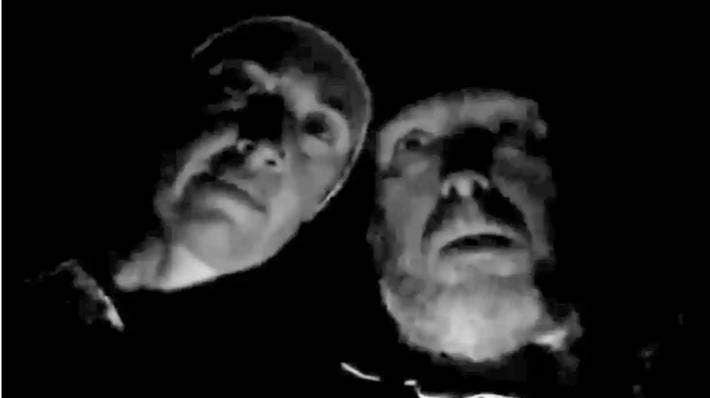 The couple at the centre of the fatal shooting of two police officers and a member of the public in Queensland appear to have referenced the “baby blood” case in New Zealand in online postings prior to the ambush.

According to a report on the website Crikey.com, videos and comments posted on a now-deleted YouTube account show in real time the state of mind and actions of Stacey and Gareth Train as they prepared for and carried out the killings in the Western Downs area, three hours west of Brisbane.

They also posted footage of themselves after the attack, the report says, including the person believed to be Gareth saying “they came to kill us, and we killed them. If you don’t defend yourself against these devils and demons you’re a coward”.

Calls for renewed focus on conspiracy threats after Queensland shooting

Nathaniel Train is reported to have opened fire as well.

Neighbour Alan Dare was also killed when he went to investigate. Two other officers were injured. Specialist police later shot dead all three of the shooters.

There have been reports in Australia of all three being involved in conspiracy circles.

The Crikey article says one of the account’s other videos combines a clip of New Zealand anti-vaccine parents trying to stop their baby receiving a blood transfusion in Auckland with a threat to “defend children to their last breath or answer for your cowardice”.

The harrowing moment of the parents was captured by a camera operator in a Starship Hospital room. The video was later posted to a channel associated with Liz Gunn.

Many of the the videos about case were produced by the former TV presenter.

In the case, Te Whatu Ora/Health New Zealand went to the High Court seeking orders that would allow the transfusion to go ahead with blood from the Blood Service’s general pool.

A judge ruled in its favour, and the baby was later uplifted with support of police.

Crikey reported the Trains’ YouTube channel, “Mrs Yugi Girawil”​ had only six subscribers, 10 videos and fewer than 100 views on the majority of their videos as of last night. The channel was created in May 2022 but all the videos had been created since the beginning of November.

Videos and comments posted by the account earlier in the day foreshadow the attack. The account commented on its own video on Monday hinting at violence.

“After dealing with covert agents and tactics for sometime now, Daniel believes that should they choose to cross the Rubicon with public state actors our Father is giving us a clear sign. Monsters and their heads are soon parted,” the account commented on a video posted earlier in the week, according to Crikey.

A video posted at 1.41pm on Monday titled “Prepare for battle and be strangers on earth” combined apocalyptic graphics with a female voice reading from “2 Esdras”, an obscure book included in some versions of the Bible. The passage speaks about impending war, sinners being punished and Judgment Day.

Liz Gunn issued this statement to Stuff when asked about the reference to the video:

Most Kiwis are now awake to the unpalatable fact that Stuff is a very dark and evil media organisation intent on twisting the best and most loving aspects of good and brave and ethical Kiwis into headline grabbing stories that bear no resemblance to the Truth.

Of course, it would break any good human heart to hear a news story claiming that someone patently insane has been so twisted as to misuse a story of a baby whose parents wanted one thing only – unjabbed blood to reduce the risks in their baby’s heart operation.

I cannot be responsible for the insanity of either that person or of you, Tony of Stuff, whipping up this piece of human insanity into a piece of stuffed media insanity. I can only hope you have a conscience somewhere buried deep under your hubris, that tells you that what you are a part of here is wrong, morally, ethically and journalistically.

Please print my statement here in full -otherwise you will be guilty of disinformation about me as you set about to crucify yet another loving and caring Kiwi.

I can almost feel you salivating as you send this salacious and ugly message to me. Shame on you.

Be a better man.

Lay down your poison pen and walk out of Stuff. Do something honourable for once Tony. You and I both know this is a nonsense beat up story, done to please your brutish government overlords