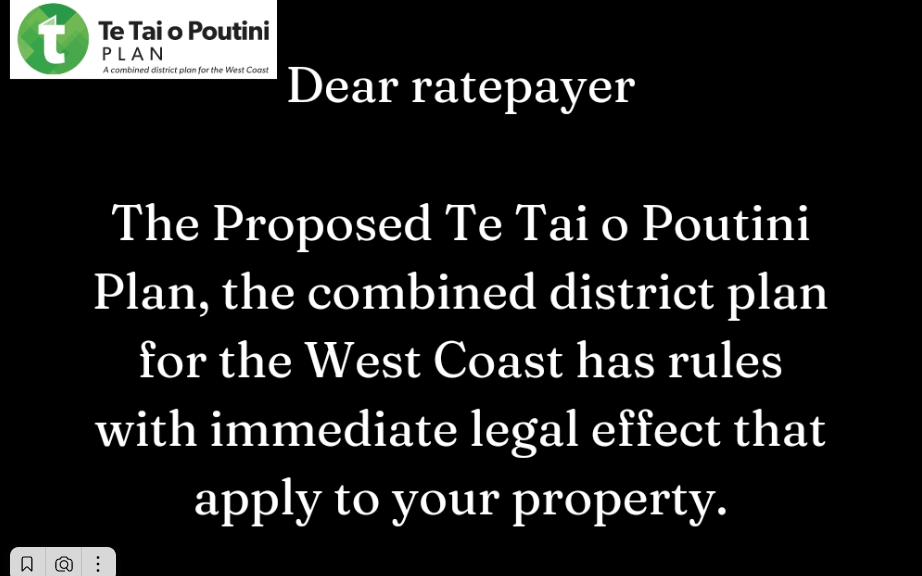 Anyone that owns, leases, or manages property or land in New Zealand, both urban and rural, should be very concerned about the latest developments on the West Coast.

That is the message from Groundswell NZ, after over 1500 West Coast property owners received letters in the mail, out of the blue, stating that their properties had been zoned for takeover by state control and that restrictions would take immediate legal effect.

There was no consultation with affected property owners and no compensation for loss of use or drop in property value. Property owners have been left in a state of shock and angry at the lack of respect and fair process.

In taking this draconian action, the councils have now turned anything that has cultural, historic, or natural value into a liability. Would you want any of these features on your property if it would make you vulnerable to losing the use of your land and the resulting drop in the value of your property?

This state takeover of private land is accelerating throughout New Zealand, as local councils are being forced by Government directive to enforce unworkable regulations. The raft of ill-conceived regulations coming out of Wellington is causing considerable stress and anxiety for the thousands of people caught up by the legislation. This is the main reason Groundswell NZ started campaigning.

Groundswell NZ are calling for the West Coast councils to immediately withdraw the Te Tai o Poutini plan and to support their communities in lobbying the Government for workable legislation that focuses on achieving positive environmental outcomes, while working with and respecting the rights of people and communities. 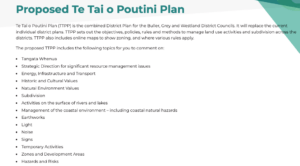