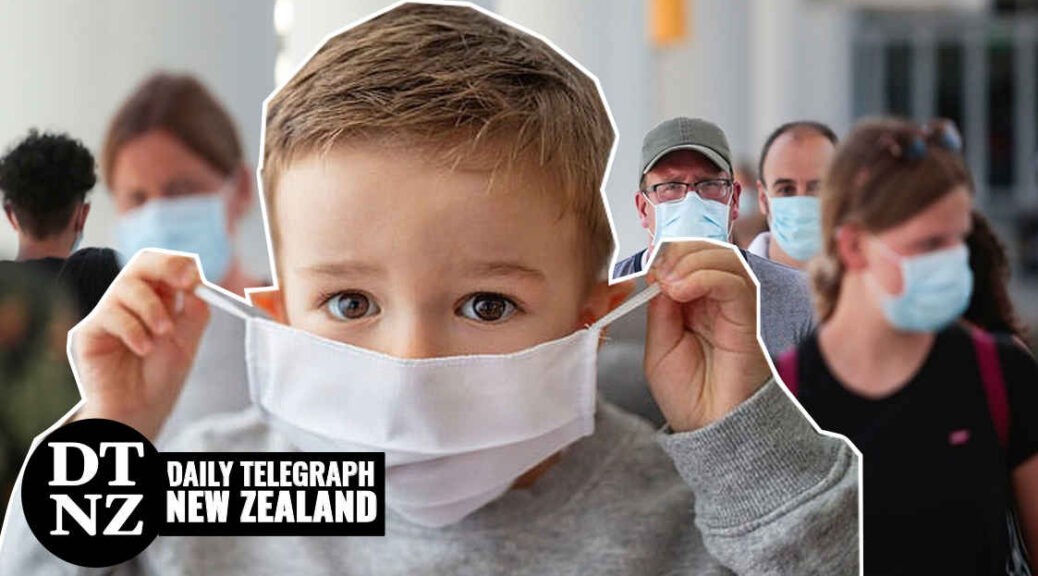 The government has changed its position on masks in schools, again – now informing schools they should “enforce a mask wearing policy” for students year 4 and above.

Stuff can reveal the latest change is being prepared ahead of the start of term 3 on Monday.

The shift comes after the government scrapped mandated mask-wearing in schools in April – a decision criticised by health experts. At the time, the government’s advice was relaxed to masks only being encouraged.

But that advice has changed again, with schools now being asked to have policies on “mask enforcement”.

IRRESPONSIBLE AND DANGEROUS: COMPARING NOT WEARING A MASK TO DRUNK DRIVING – NZDSOS IN A PRESS RELEASE TODAY, NZDSOS RESPOND TO THE GOVERNMENT’S REINTRODUCTION OF MASK-WEARING IN SCHOOLS.

In its response to the high C-19 case numbers, the New Zealand government has doubled down on mask-wearing.

Is this because it is aware that any other covid-19 measures it would consider, would be opposed by New Zealanders?

Lockdowns hurt the economy and the covid-19 injections are still being pushed but only now mandated for healthcare (with increasing calls for these to be stopped too). They are of course still ignoring innate and natural immunity and not discussing ways to improve overall health. We suspect that the Prime Minister does not believe her own department, given her multiple appearances without a mask in the midst of throngs of people, both in New Zealand and overseas.

The only thing that is left in this charade of avoiding the virus at all costs is masking.

NZDSOS, after researching the medical literature and expert opinions both in New Zealand and internationally, has concluded that the risks of mask-wearing far outweigh any benefits. Has the Ministry of Health (MOH) undertaken a similar assessment and if so, may we discuss their findings with them?

Furthermore, we are aware that the MOH has not engaged a bio-ethics panel to discuss covid-19 interventions. What sort of government would mandate an intervention which does not fulfil its supposed purpose but which does cause harm, especially to the vulnerable (elderly, children, infants, hearing-impaired, those suffering from anxiety and PTSD) without engaging in a robust bio-ethical debate with all affected groups.

NZDSOS immediately calls on the MOH to pause the mask mandate until a full and open discussion can be had.

The mainstream media also continues to push the government’s narrative, wheeling out their chosen “experts” who spout the usual word salads about covid-19 and masks without providing an iota of evidence to back up their claims.

Surely, we’ve all seen masked drivers, often alone and with their windows up? The combination of raised carbon dioxide and lowered oxygen levels will impair concentration and could be just as risky as some drink drivers! Such idiocy and cluelessness and announced by a doctor for goodness sakes. This desperate gambit reflects poorly on all doctors, but we’ve had to get used to that from the government.

Journalists, masks don’t work can be harmful. What are you doing to New Zealanders, how can you sleep at night? Your Faustian pact with the government is being called in.
Educate yourselves.

Check out the resources on our website, tear them to pieces if you can. We would love to discuss all the evidence with you.