Predictably Mediawatch, from Radio New Zealand, which used to be a credible commentator on the media, joins in with the fascistic attack on sanity, commonsnese and free speech by the government at the behest of the WHO and other globalist entities.

New Zealand’s SOLE representative of commonsense, Peter Williams,  will be silenced soon. You can bet on it. 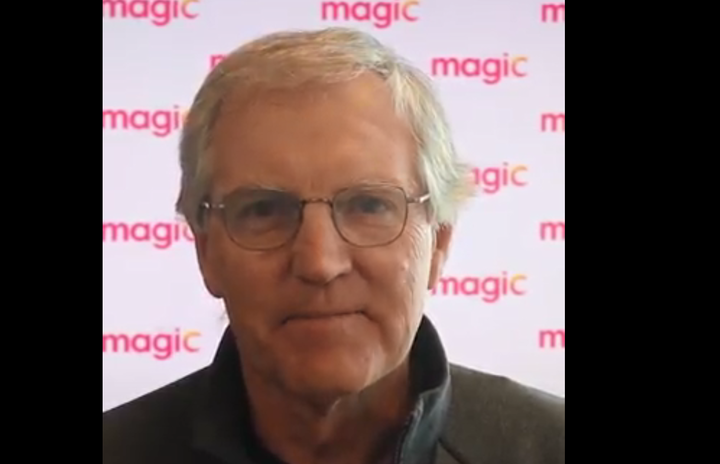 Hear parts of the controversial broadcast here, discussed by Hayden and Karyn Hay on Lately

The day before before MediaWorks announced the departure of his colleague Sean Plunket, Magic Talk’s morning host Peter Williams read out a complimentary email he’d received from a group called Voices For Freedom.

They’d written to praise a discussion he’d hosted the day before about the Pfizer-produced Covid-19 vaccine. Williams directed his listeners to visit the group’s website.

“[It’s] asking questions similar to mine here yesterday, but they appear to know far more about the science, especially something called molecular mimicry,” he said.

Voices for Freedom is co-led by Claire Deeks, a board member of the conspiracy-friendly party Advance NZ. A visit to the group’s website reveals a smorgasbord of scientifically-dubious anti-vax information – and an invitation to sign a petition to stop the vaccine rollout.

Williams was right to announce his show dovetailed with the website’s content – it too aired misinformation on this important public health issue.

Over the course of three hours, he took calls and texts from a series of questionably-informed audience members, often agreeing with them, and adding similar comment.

One caller said the vaccine will alter our DNA.

“Bill Gates has talked about this. He’s on record talking about this philosophy,” she said.

The caller went on to falsely claim 99.7% of Covid-19 patients survive. Williams’ didn’t push back against any of her points, and only questioned whether that inaccurate death rate figure was extreme enough.

Williams went on to agree with texter Gordon who said New Zealanders taking the vaccine are “test subjects being experimented on”.

“I take that attitude as well,” Williams said.

He played down the threat posed by the more infectious South African strain of Covid-19.

“We had that virulent South African strain in the country the other week,” he said.

All these claims have been debunked. The death rate from Covid-19 is estimated at between 0.5 and 1.5%, not 0.1%. Five percent of people with the virus become critically unwell.

The most up-to-date research shows the South African strain of Covid-19 is about 50% more infectious.

The claim about DNA had spread widely on social media. It has been debunked in factchecks by Reuters, BBC and The Spinoff.

And the vaccine will have been distributed to billions of people by the time it gets to New Zealand. New Zealanders have little claim to being subjects of human experiments. 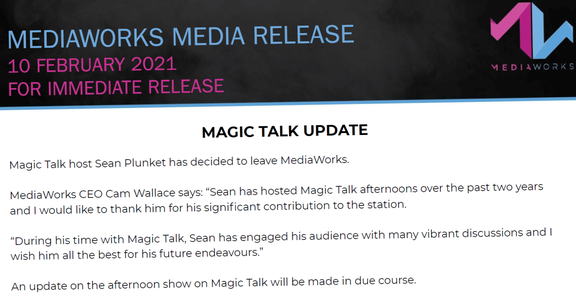 The discussion was broadcast with Magic Talk in the middle of navigating a crisis.

Advertisers including Spark, Kiwibank, and Vodafone all suspended their ad spend on the station, after fill-in host John Banks agreed with, and added to, points made by a racist caller in late-January.

Vodafone went further, updating their entire advertising policy after Banks’ comments. It has issued “ethical advertising” guidelines, which emphasise its commitment to Treaty of Waitangi principles, and its preference for spending with media outlets that celebrate Aotearoa’s diversity.

On Tuesday, MediaWorks chief executive Cam Wallace announced Plunket’s departure. The afternoon host had also been accused of offensive rhetoric. The broadcasting watchdog recently deemed one of his interviews a breach of standards for denigration and discrimination.

But Peter Williams’ Magic Morning show on Monday was further evidence that Magic Talk still has an appetite for contrarian content.

In The Guardian this week, a doctor in the UK’s NHS described the abuse she’s suffered from people who’ve been won over by Covid-19 misinformation.

“Last night a charming “Covid sceptic” sent me this: “You are paid to lie and a disgrace to your profession. You have clearly sold your soul and are nothing more than a child abuser destroying futures. I do not consent to your satanic ways.”

Clarke said that abuse came even as she watched patients die of the virus with no friends or family around to comfort them.

“Here, though, is the detail that haunts me. For every patient who dies from Covid-19 in hospital, from the moment they encounter that first masked paramedic, they will never see a human face again,” Dr Clarke wrote.

On Tuesday, Williams’ show aired inaccurate information about a treatment intended to save people from that fate.

About an hour into Monday’s show about Covid vaccines, Peter Williams took one call that didn’t jibe with the majority of his correspondents.

“We have to put our trust in the professionals,” the caller said.

“My thinking is these people are supposed to have years of knowledge and training, and they’re supposed to know more than people who have done other things totally unrelated to the medical field.”

But he didn’t take it onboard.

When his next caller said she was wavering about taking the vaccine, he encouraged her to keep wavering.

The show went on in that vein for two more hours.

MediaWorks hasn’t yet responded to a request for comment from Mediawatch, but it told Newsroom the station’s mission was getting listeners to “join the conversation”.

That would be more convincing if Williams had pushed back against his callers’ views with accurate information.

Instead, like John Banks, he agreed with and, at times, amplified the points of some poorly-informed callers.

Here, MediaWorks is out of step even with Facebook. It banned anti-vax misinformation this week after refusing to take responsibility for misinformation it has hosted.