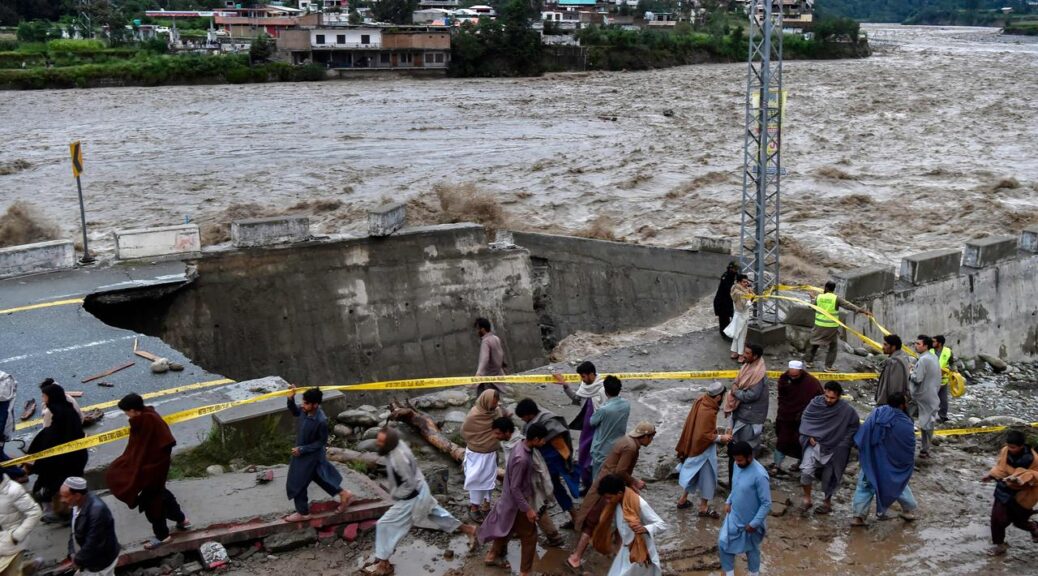 Insane footage has captured the moment a building collapsed into raging flood waters, with the ongoing disaster already killing 1000 people.

More than 1000 people have been killed by devastating floods tearing through Pakistan, with footage showing entire buildings being dragged into the raging water.

More than 33 million people have been impacted by the devastating floods, with almost one million homes destroyed or badly damaged as the death toll continues to climb.

About one third of the country is under water, Pakistan’s climate minister Sherry Rehman said.

Footage shared to Twitter by Pakistani blogger Asif Shahzad, shows a building collapsing into flood waters and being completely consumed by the water.

Another video shows multiple buildings being completely destroyed by the water, as horrified residents watch on.

This video is shocking.
Watch the buildings getting taken out.

As the death toll grows, thousands of people living near flood-swollen rivers in the country’s north have been ordered to flee.

Many rivers in Khyber Pakhtunkhwa, a picturesque province of rugged mountains and valleys, have burst their banks, demolishing scores of buildings including a 150-room hotel that crumbled into a raging torrent.

“The house which we built with years of hard work started sinking in front of our eyes,” 23-year-old Junaid Khan told AFP.

“We sat on the side of the road and watched our dream house sinking.”

The annual monsoon is essential for irrigating crops and replenishing lakes and dams across the Indian subcontinent, but each year it also brings a wave of destruction.

On Saturday, authorities ordered thousands of residents in threatened areas to evacuate their homes as rivers had still not reached maximum capacity.

“Initially some people refused to leave, but when the water level increased they agreed,” Bilal Faizi, spokesman for the Rescue 1122 emergency service, said.

Officials are comparing this year’s floods to those in 2010, which are the worst on record.

The 2010 floods saw nearly a fifth of the country consumed by water and resulted in the deaths of more than 2000 people.

According to the National Disaster Management Authority, since the monsoon started in June more than two million acres of cultivated crops have been wiped out, 3100 kilometres of roads have been destroyed and 149 bridges have been washed away.

In Sukkur, more than 1000 kilometres south of Swat, farmlands irrigated by the Indus were under water, and tens of thousands of people were seeking shelter on elevated roads and highways as they waited for fresh torrents from the north.

Officials have pointed to man-made climate change as the cause of the floods, claiming Pakistan is unfairly bearing the consequences of irresponsible environmental practices in other parts of the world.

“We are at the moment at the ground zero of the front line of extreme weather events, in an unrelenting cascade of heatwaves, forest fires, flash floods, multiple glacial lake outbursts, flood events and now the monster monsoon of the decade is wreaking non-stop havoc throughout the country,” she said in a video posted to social media.

Prime Minister Shehbaz Sharif pleaded for help from other countries following a visit to the badly impacted Balochistan province.

“I have never seen such flood in my personal and professional life. All four corners of Pakistan are under water. I request people to come ahead and help.” 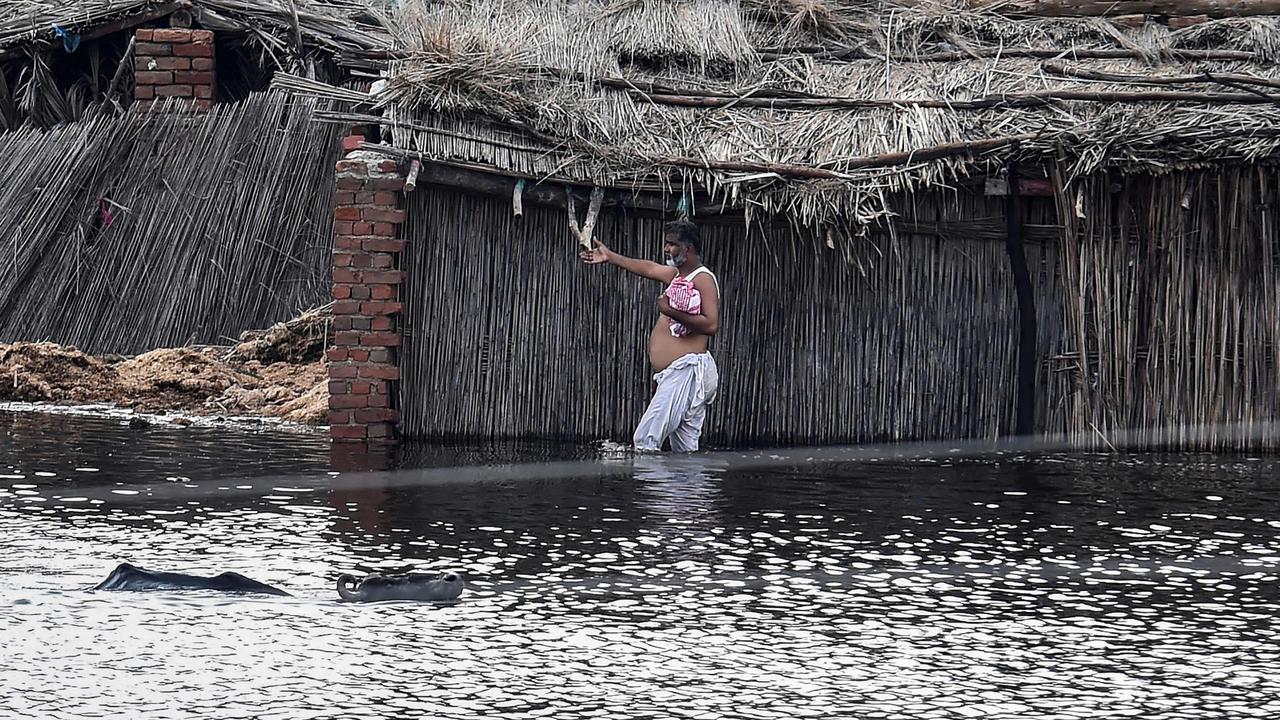 A resident wades across a flooded area on the outskirts of Sukkur, Sindh province. Picture: Asif Hassan/AFP

Pakistan is eighth on the Global Climate Risk Index, a list compiled by the environmental NGO Germanwatch of countries deemed most vulnerable to extreme weather caused by climate change.

Blame is also being placed on local authorities, with corruption, poor planning and the flouting of local regulations meaning thousands of buildings have been erected in areas prone to seasonal flooding.

The flooding could not come at a worse time for Pakistan, whose economy is in free fall and whose politics are gripped by crisis following the ousting of former prime minister Imran Khan by a parliamentary vote of no confidence in April.

“I haven’t seen destruction of this scale, I find it very difficult to put into words … it is overwhelming,” he told Reuters.

Apart from the insanity of sticking to an “ice age” narrative the Tru News team report.

Listen carefully and take appropriate actions to prepare for a severe disruption to the global food supplies in the latter months of 2022 and throughout 2023. Life as we have known it will change – starting in fall 2022. The Bible says, “The prudent sees danger and hides himself, but the simple go on and suffer for it.”

The general public is sleepwalking into a dystopian nightmare that will start to become apparent to many in October and November. By January, most of the world will know about it. If you haven’t heard, World War III has already started.