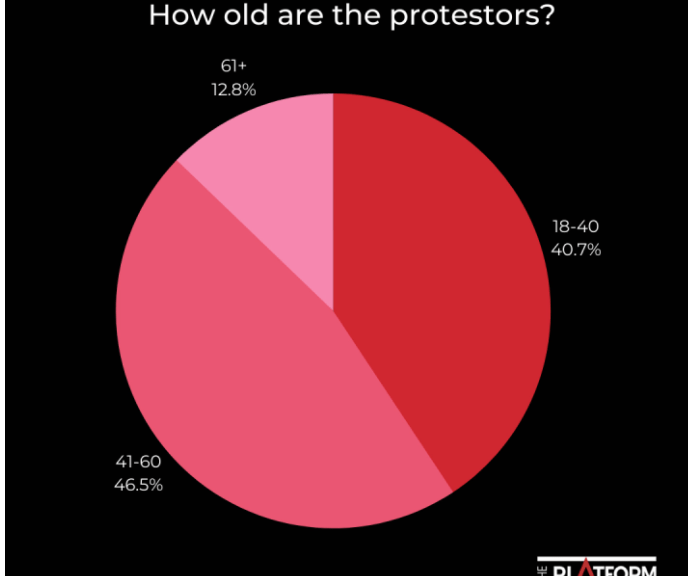 “Of the five parties in Parliament the two that are overrepresented are the Maori Party which has five times greater support among protesters than in the election and the Green Party who have twice as much”.

We are constantly being told by government and media that the protesters are antisocial white, misogynist, racist (above all) and ultra-Right fascists or nazis and probably mostly ‘feral’ youth.

We all know this is not true (and in fact, an inversion of the truth).

How many people do you know who meet these categories?

But it is helpful when a survey comes along to prove your feelings were spot-on all the time. I came across this article from the Platform which commissioned a survey to find out who the  protesters at Parliament are.

I do not know anything about where this information comes from or how it was reached but it all rings true.

There was however one surprise in this.

Let’s use this data to deal with the media claims.

Firstly, most of the protesters are not from the big cities but 41% come from provincial towns and cities  – a demographic that could be called ‘Middle New Zealand’. 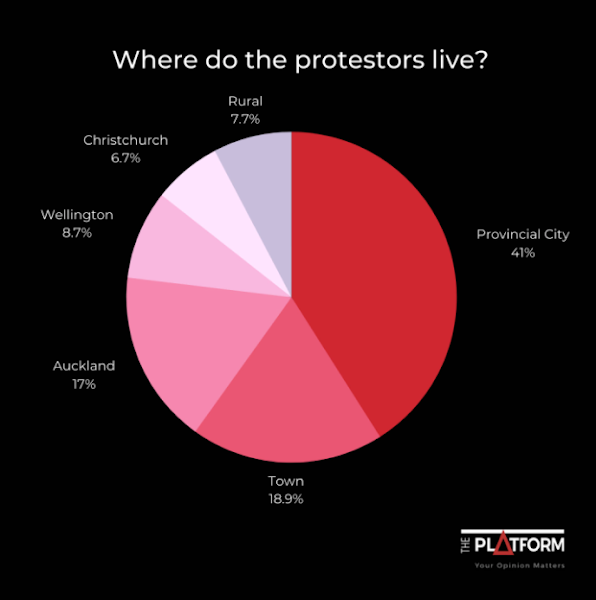 What about the feral youth?
Yes, while 40.7 % of protestors are in the 18-40 year couple 46.5% were aged between 50 and 60.
This is the section of the population who will have been feeling the job losses as a result of the vaccine mandates.
Old fogies like me are in a small minority 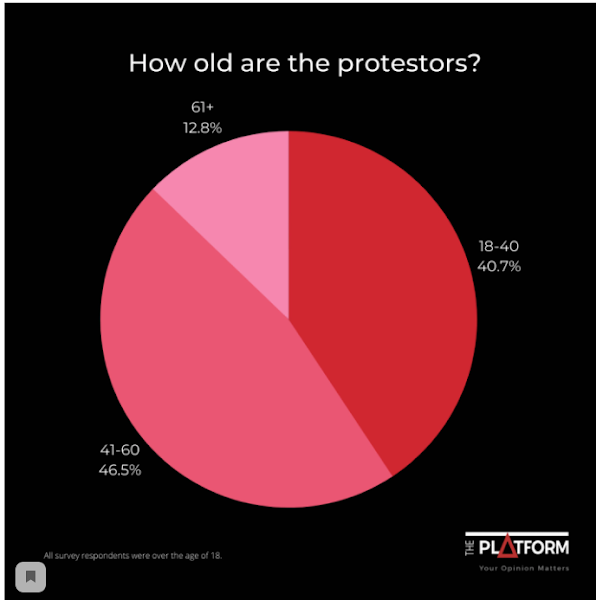 Misogynists?
That must explain why 55% of protestors are female and 34% male. 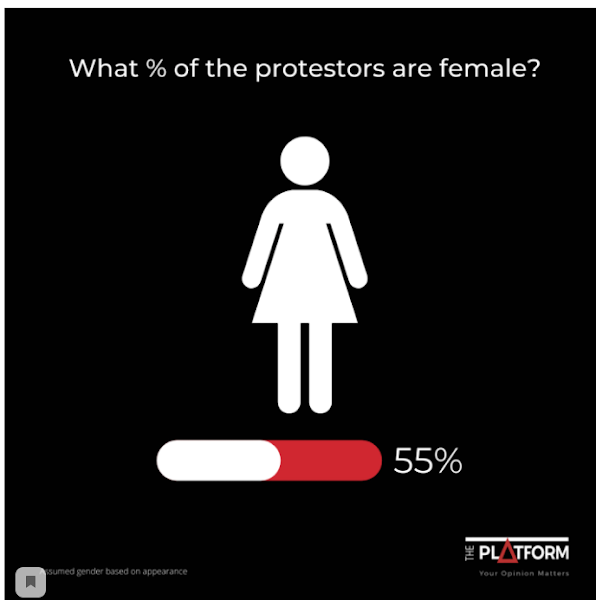 Racists and white supremacists?
This was interesting. The majority (64.4%) were Pakeha white but 27% are Maori.
Only a small proportion were from immigrant communities 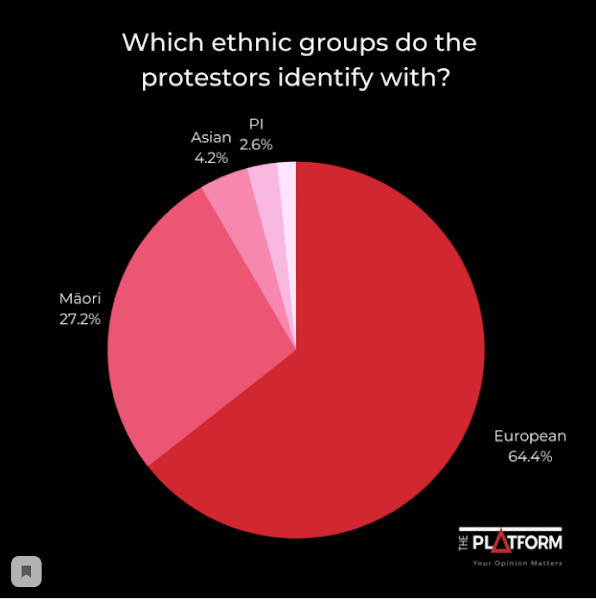 Maori represent 14.8% of the population 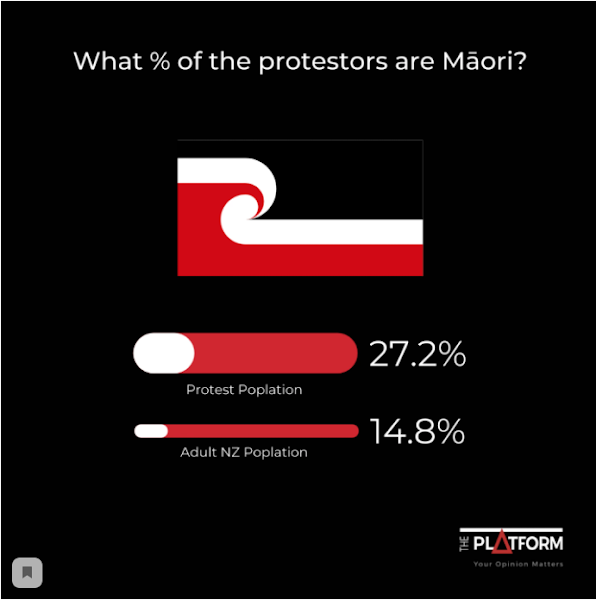 Far-right, fascist extremists?
This next thing I found interesting and somewhat surprising. Looking at social media many seem to me to be veering towards the Right. 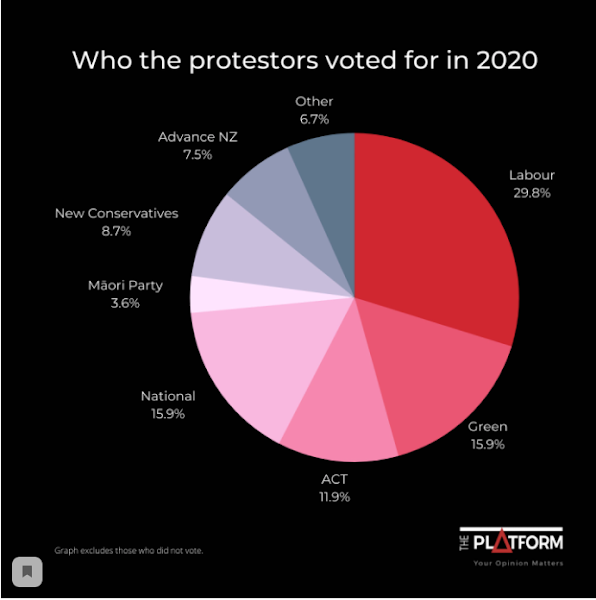 I was therefore surprised that the majority of protestors voted from centre-left  parties – Labour and the Greens with a much smaller proportion being supporters of National or ACT
This, above all, surprised me:
“Of the five parties in Parliament the two that are overrepresented are the Maori Party which has five times greater support among protesters than in the election and the Green Party who have twice as much.”
Given the position of the parliamentary Green Party and the loud statements of the Left I would not have expected many Greens.
But 15.9%??
It is not just a “Festival of the unvaxxed” 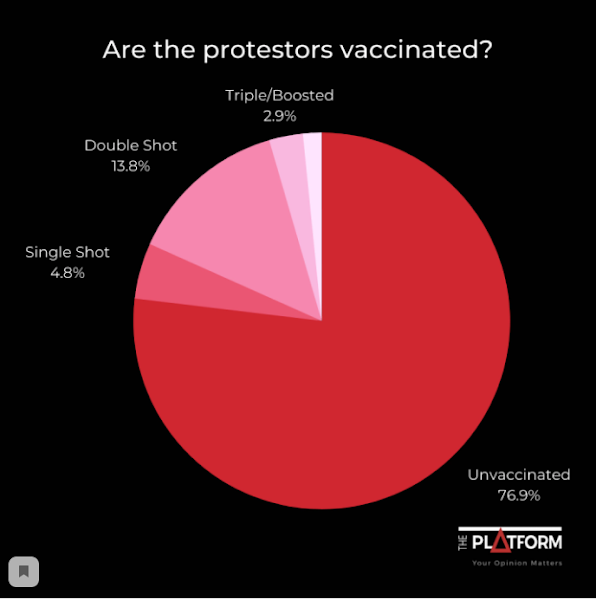 I suspected that some of the people at the protest might be vaxxed but it turns out that almost a quarter of protestors are vaccinated in some form. 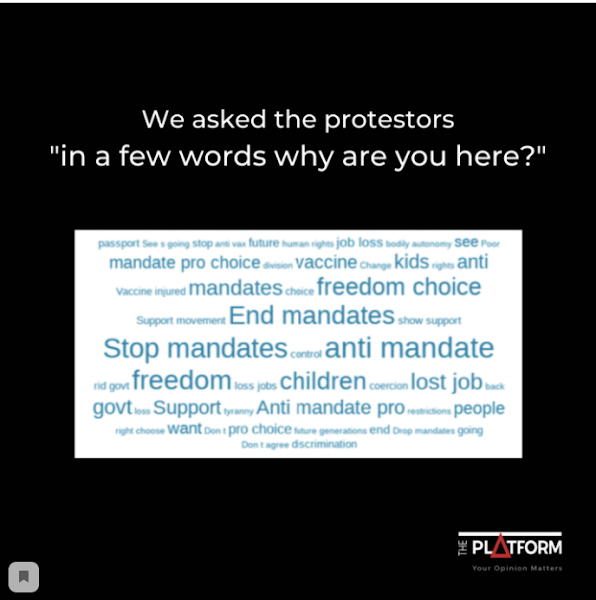 We are also told that the protesters are confused, and represent all sorts of, mostly right-wing agendas.
The above give the lie to that. People have lost their jobs, many have loved ones either die from or injured from the jab.
The chant in unison is, from the considerable part of the population  from the unvaccinated and a not inconsiderable number of vaccinated (despite the 24/7 paid propaganda):
End the mandate!