Just like last year these fires will come to life when the snow melts. So few are willing or able to face the Full Catastrophe. They have to ignore or deny one part of the equation, whichever “side” they are on.

I suppose that is something that is wired into the human psyche which is another reason why we are doomed.

Pillars of smoke filmed over the areas hit by last summer’s wildfires despite the current long spell of extremely cold weather. 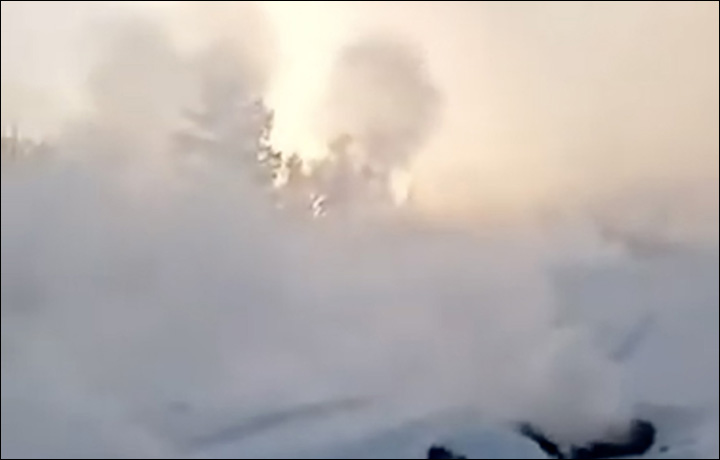 ‘This area suffered extremely hot and dry weather. It must be either peat on fire here, or, as some hunters who noticed these fires suggest, possibly young coal (lignite).’ 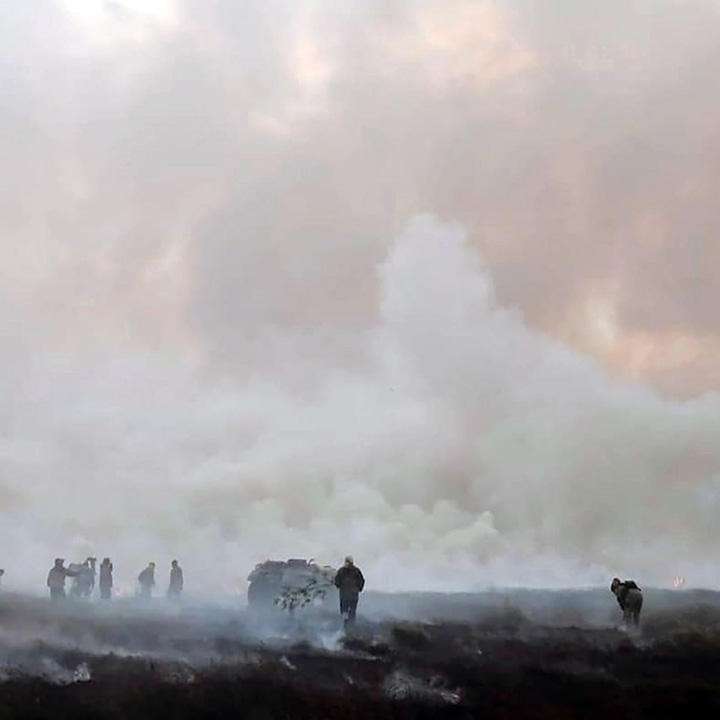 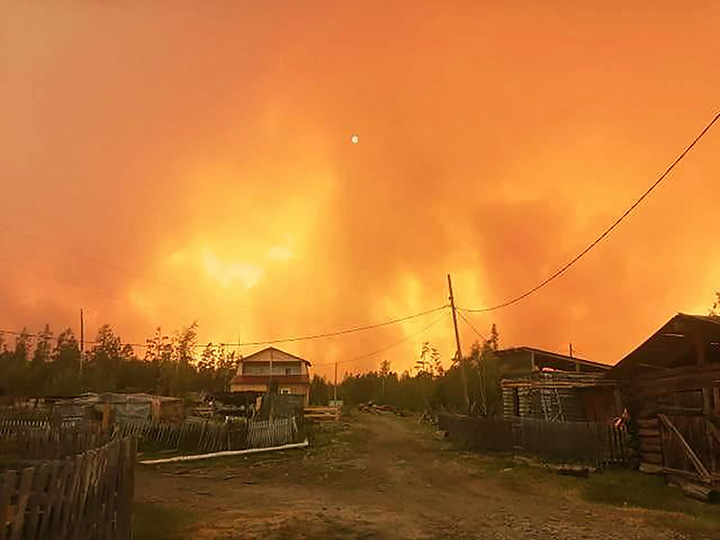 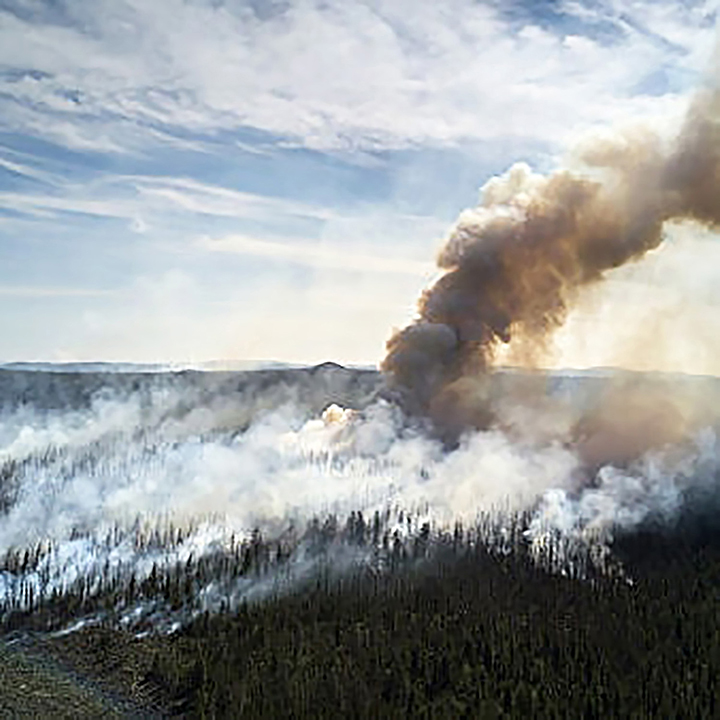 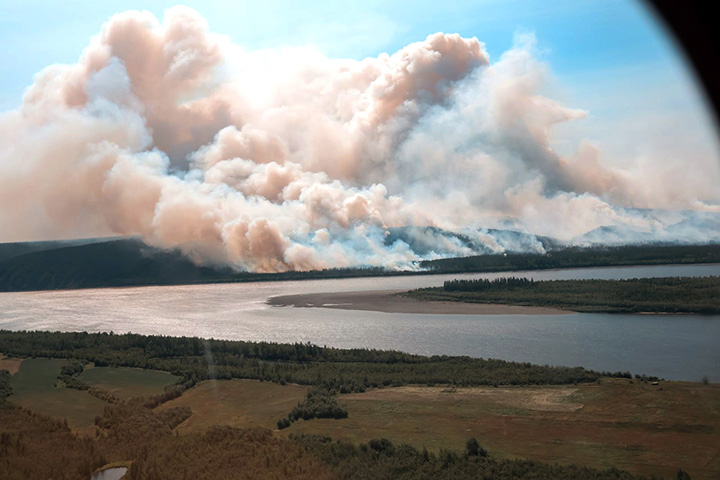 Winter fire by the village of Saydy in the Tomponsky district of Yakutia, some 400km north-east of the republic’s capital Yakutsk and, below, summer wildfires in the same area. Video, pictures: The Siberian Times

A much bigger burning area was filmed higher up north from Saydy by the village of Udarnik, also badly hit by wildfires last summer.

‘The fire is burning in the area close to the village of Udarnik. The summer fire didn’t stop.

‘The filming was made in November, but as the local tell us, several fires are still active’, reported Tomponsky Vestnik newspaper that shared the video.

Last summer Republic of Yakutia, Russia’s largest and coldest region was hit by some of the worst wildfires in history, following the spell of extremely hot and dry weather.

Wildfires were raging all around its territory, with a massive blanket of smoke visible from space in the far north beside the Arctic Ocean.

Some were in the areas too remote to reach, but many got dangerously close to populated areas like the Arctic town of Chersky, a gateway to Pleistocene Park, an experimental scientific base aiming to show how the release of carbon can be slowed by restoring the flora to grassland as it was in the era of the extinct woolly mammoth.

‘We didn’t have wildfires reaching this far north to our area for many years’, said scientist Nikita Zimov, director of Pleistocene Park. ‘Last time it was this bad forty years ago in the 80s’.

This winter is the coldest in Yakutia since 2006, with air temperatures going as low as -59C during peak days, and record cold weather holding on for weeks all through December 2020, and January 2021.

Siberian peat fires have continued to burn after a year of record-setting wildfires in and around the Arctic Circle despite temperatures below minus 50 degrees Celsius, The Siberian Times reported Wednesday.

Footage showing smoke rising from the snow in January and November offers physical evidence of the “zombie fire” phenomenon, which describes summertime blazes that continue smoldering through the winter, eventually igniting new fires. European scientists have voiced concerns that “zombie” fires could be causing earlier-than-normal wildfires.

A local resident who filmed the peat fires last weekend said the area was located near the site of last summer’s wildfires, which took place amid “extremely hot and dry weather.”

“It must be either peat on fire here, or, as some hunters who noticed these fires suggest, possibly young coal [lignite],” The Siberian Times quoted the man, Ivan Zakharov, as saying.

Regional media that shared a video of the November peat fires said villagers report seeing still-active fires as late as the end of January, according to The Siberian Times.

“We didn’t have wildfires reaching this far north to our area for many years,” scientist Nikita Zimov told The Siberian Times, recalling the previous surge in fires in the 1980s.

The republic of Sakha, Russia’s largest and coldest region, is in the midst of one of its coldest winters in years with mercury slipping below minus 59 C.

Russia, the world’s fourth-largest greenhouse gas emitter with an economy heavily dependent on oil and gas, is warming more than twice as fast as the rest of the world due to its vast Arctic territories.