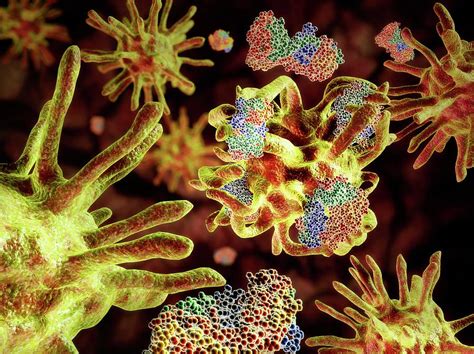 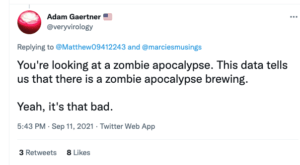 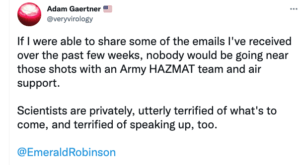 You can subscribe to the You Tube channel of Dr.  Kevin McCairn to see what is not censored HERE

Walter Chestnut was the first to begin raising alarms about prions.

Initially, Walter was frightened by what he found. He reached out to his peers to corroborate the research.

About this time, after reviewing Walter’s research and hearing about a few anecdotal cases, Adam Gaertner joined the chat.

And then the chief scientist of Astra Zeneca died of prion disease.

And then other doctors started talking about prion disease.

And more people started to notice.

And all the while, Walter continued to find more troubling material.

By mid-July, after researching the science and with more anecdotal evidence accumulating every day, Adam was convinced.

And today he decided to start accumulating evidence in earnest. This is too important to ignore.

That is why this site exists. We will collect, compile, and collate the stories that no one else wants to hear about. We will endeavor to find out what is happening, to what extent it is happening, how many might be impacted by this, and any potential solutions to what appears to us to be an emergent and dire crisis.

If you or a family member is suffering memory loss, behavorial changes, or other neurological side effects to the EUA products, please share your story with us, with as much detail as you are able to provide.

Neurologist Dr. Kevin McCairn, PhD joins the program to discuss the evidence coming out that the COVID-19 pathogen is affecting the brain and central nervous system. He points to his experience with neuropsychiatric disorders and how the virus seems to be demonstrating many of the same patterns associated with different diseases that he works with at his system neuroscience and movement disorder laboratory. He believes the World Health Organisation and many government officials have been dangerously misleading the public to quell fear that will only lead to more problems later

April 8th, 2021: mRNA vaccines may cause your body to churn out PRIONS that “eat your brain” like Mad Cow Disease 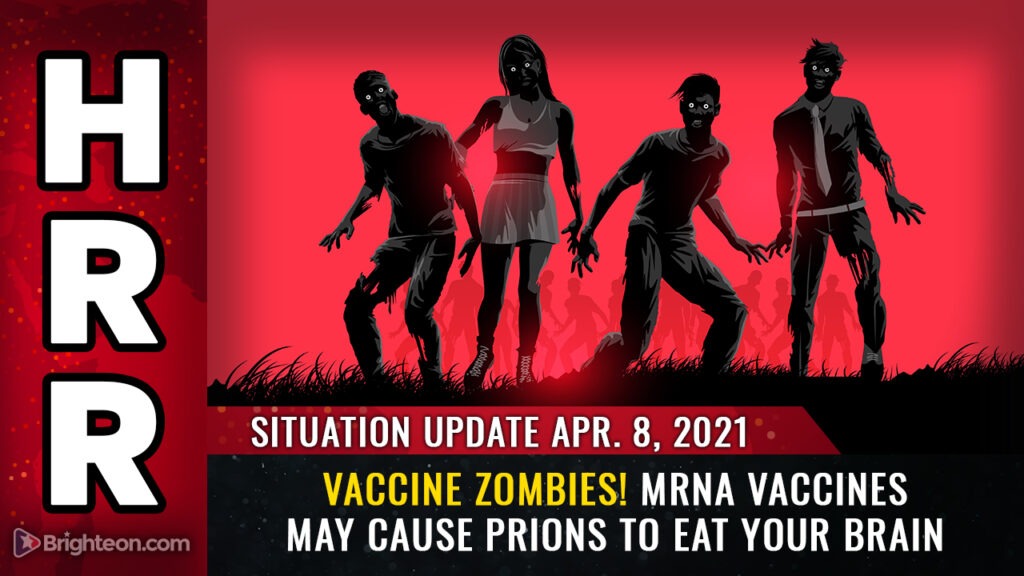 (Natural News) The spike protein outer shell of the coronavirus contains “prion-like regions” that give the virus very high adhesion to ACE2 receptors in the human body. This has been documented by a study entitled, “SARS-CoV-2 Prion-Like Domains in Spike Proteins Enable Higher Affinity to ACE2,” published by the Human Microbiology Institute:

The presence and unique distribution of prion-like domains in the SARS-CoV-2 receptor-binding domains of the spike protein is particularly interesting, since although the SARS-CoV-2 and SARS-CoV S proteins share the same host cell receptor, angiotensin-converting enzyme 2 (ACE2), SARS-CoV-2 demonstrates a 10- to 20-fold higher affinity for ACE2

The mRNA vaccine works by hijacking your body’s cells and causing them to churn out proteins modeled after the spike proteins in the SARS-cov-2 coronavirus. Since that structure includes prion-like regions, random errors in mRNA sequences — which may be truncated by the human immune system before they reach the ribosomes in the cells — could cause mRNA vaccine recipients to churn out prions in their own bodies.

The risk of this was assessed by Dr. J. Bart Classen, who authored a paper in Microbiology & Infectious Diseases: “Covid-19 RNA Based Vaccines and the Risk of Prion Disease.” You can see the text of the study at this link.

That study concludes, “The results indicate that the vaccine RNA has specific sequences that may induce TDP-43 and FUS to fold into their pathologic prion confirmations.”

The folding of TDP-43 and FUS into their pathologic prion confirmations is known to cause ALS, front temporal lobar degeneration, Alzheimer’s disease and other neurological degenerative diseases.

The Mayo Clinic says CJD, the disease caused by prions, is 100% fatal and has no treatment. Some of the symptoms of CJD (prion disease) described by the Mayo Clinic include:

Other symptoms include emotional changes, a sharp loss of cognitive function and seeming personality changes. It all ends in death. Once the prion symptoms are evident, it’s already too late. There is no treatment and no reversal possible.

Because of the mechanisms revealed above, there is a possibility that mRNA vaccines might unleash a wave of neurological disease over the next several years. Victims of this prion disease would appear to have rapid-onset Alzheimer’s, dementia or cognitive decline. This condition could affect millions or even tens of millions of people in the United States alone. This wave of prion disease would, in a way, transform people into “zombies” as the prions “eat their brains.” (For a full discussion of prion protein folding, listen to the full podcast below. Prions don’t actually “eat” brains, but they destroy brain cells in a morphological way.)

The entire fake news media insists this is impossible. They say prions can’t be created by mRNA vaccines. Then again, these are the same dangerously false, misleading and deliberately dishonest media outlets that currently claim the coronavirus wasn’t engineered in a Chinese lab, and they simultaneously (and falsely) claim no one has died from covid-19 vaccines. Therefore, the fake news media has zero credibility and is known to lie to cover up the crimes and product safety faults of the vaccine industry. The fact that corporate-run propaganda media outlets claim mRNA vaccines can’t cause prions probably means they can.

CNBC is already reporting that 1 in 3 covid “survivors” now has a mental disorder. Are these post-vaccine people? Or is this more to do with the depression caused by lockdowns? Some of the mental outcomes already documented include dementia and anxiety disorders.

A mysterious brain-wasting disease has also been documented in Canada, demonstrating prion-like symptoms such as, “memory loss, hallucinations and muscle atrophy.” Doctors there have ruled out CJD, however, but haven’t yet found the cause.

5 thoughts on “Prions are coming: “You are looking at a zombie apocalypse””