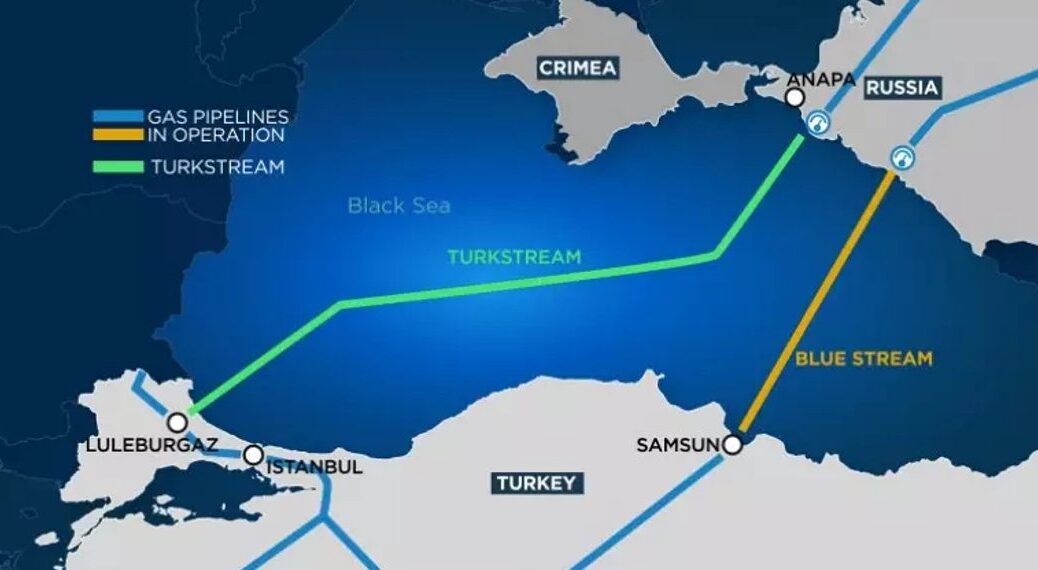 Turkish energy corridors must be destroyed!” 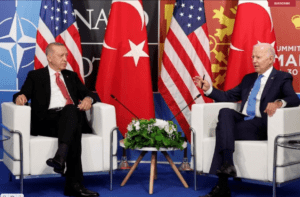 Biden should give trans-Turkish energy corridors the same treatment he ultimately gave Nord Stream 2, and for the same reasons.

One of the leading American foreign policy think tanks, recommends the destruction of two more pipelines of Russian interests and then the revival of the East-Med in order to achieve a total energy decoupling of the EU from Russia.

The American think tank “assumes” in an extremely careful, but “revealing” way, that the Nord Stream pipeline was destroyed by American forces on the orders of President Joe Biden and believes that America should also strike the ” Turkish energy corridors” in order to guarantee transatlantic energy security.

The article is signed by top analyst Michael Rubin.

“When Russia’s Gazprom and its European partners announced plans for the Nord Stream 2 pipeline to carry Russian gas directly to Germany, eight members of the European Union (EU) and the Obama administration objected. They understood that operating Nord Stream 2 would give the Kremlin leverage in Europe and also allow it to isolate Ukraine, which remains dependent on Russian energy. However, this condemnation was not enough to slow down the project. Germany craved natural gas without considering the strategic cost.

Secretary of State Mike Pompeo showed no patience. He understood that a greater reliance on Russian gas would leave the West vulnerable and therefore removed the sanctions exemptions. Nord Stream 2 was stalled until President Joe Biden lifted sanctions on the grounds that ending objections to Germany’s project would repair US relations with Europe and promote a transatlantic partnership against China. But as Sen. Ted Cruz (R-TX) prophetically pointed out, the Kremlin would interpret the lifting of sanctions on Nord Stream 2 as a green light for aggression.

While Biden now understands the fallacy of increasing Russia’s share of the European energy sector, he appears blind to the larger picture. Shortly after Russia invaded Ukraine, the Biden administration reversed Trump-era pledges to support the Eastern Mediterranean (EastMed) pipeline, supposedly because the State Department deemed it financially unfeasible.

There are three problems with this justification: First, private sector assessments matter more than diplomats who have no business experience or financial stake in the project.

Second, while pipelines across Turkey may be cheaper if they only carry natural gas, the EastMed pipeline that would carry gas from Israel and Cyprus to Europe bypassing Russia, Turkey and Iran could also support Cypriot development of green hydrogen fuel. A larger initial investment provides long-term rewards.

Finally, with Turkey threatening a war of aggression against NATO member Greece, Biden ignores the danger of trading dependence on one dictator for another.

“It is in the national security interest of the United States to promote, achieve, and maintain energy security among and through cooperation with allies.”

He approved the EastMed Pipeline and other energy infrastructure to Europe, called on Greece, Cyprus, Israel and the United States to strengthen cooperation on energy production, and tasked the Department of Energy with creating the US-Eastern Mediterranean Energy Center in the United States for further research in innovative energy technology and water science.

The Euro-Asia Interconnector, the world’s longest underwater power cable, is already under construction and will connect Israel’s electricity grid to Europe. Unlike the corridors that Turkey is now promoting, the interconnector is a multipurpose plug-in infrastructure that can accommodate electricity generated in multiple ways and from multiple sources. Passes progressives’ climate change criteria.

Part of the strategic wisdom of the East-Med partnership is its carrot and stick approach. He pushed the State Department to support US cooperation in the Eastern Mediterranean Natural Gas Forum, but also “left out” Turkey as long as it remained an authoritarian and destabilizing power in the region, an approach the State Department in the name of promoting.

This links democratic reform in Ankara to economic gain rather than rewarding impertinence. As ExxonMobil continues to find significant natural gas reserves outside of Cyprus, the State Department’s efforts to give Turkey a say over Cypriot gas are counterproductive for two reasons.

Second, it encourages continued vindictiveness toward Greece, signaling that persistence trumps truth when illegal territorial grabs are made.

Today, Turkish officials are boasting that they will double the transit of natural gas and oil to Europe. Ironically, they plan to do this by laundering Russia’s hydrocarbon investments, strengthening Azerbaijan’s dictatorship, and strengthening Iran.

The simple fact is that any new or improved “TurkStream” is as bad an idea as Nord Stream. It emboldens both Turkey and Azerbaijan, regimes not content to live within their borders, and makes European democracies vulnerable to blackmail by hostile regimes.

The first consideration for new Mediterranean energy projects should be that they will not harm the United States and its allies.

Biden should give Turkish energy corridors the same treatment he ultimately gave Nord Stream 2, and for the same reasons.