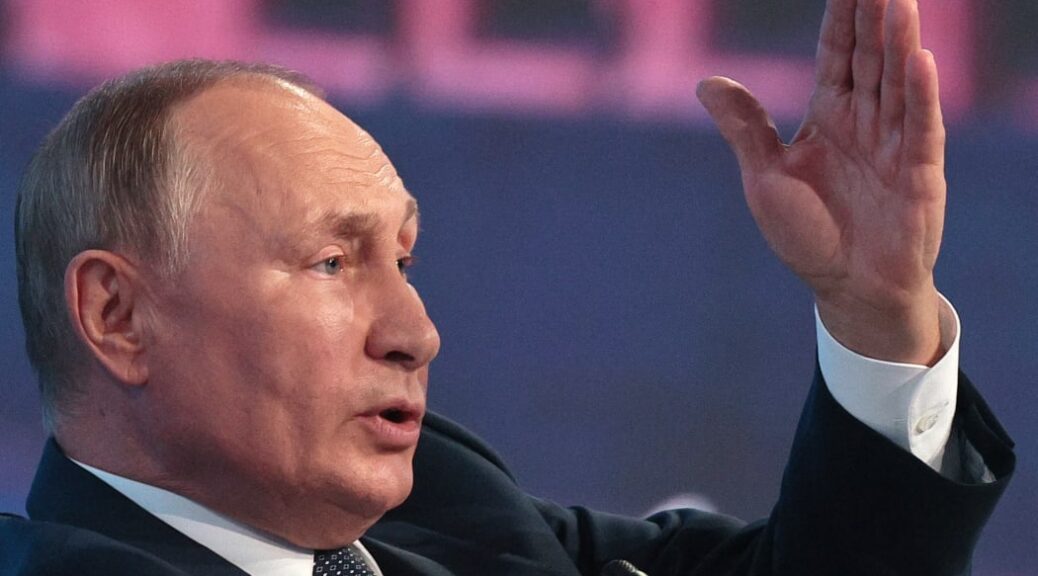 Russian President Vladimir Putin has sent a warning to the west over plans to implement a price ceiling on Russian energy imports, calling it an ‘utterly stupid decision.’ The G7 announced on Friday that they would attempt to deny Russia access to the means to export its energy, such as by denying shipping insurance, unless the commodities are being sold at a price at or below that agreed upon by a ‘broad coalition of countries’ (which notably does not include India or China, who are Russia’s main export markets). Putin, speaking at the Eastern Economic Forum, warned that Russia ‘will not supply anything at all if it goes against our interests,’ and that the West is ‘not quite in a position right now to impose their will upon us. They should know better.’

The Kremlin had previously warned against such a move, saying that ‘there can only be retaliatory measures.’

Among other things, he commented on the unfolding crisis in the global economy, which he attributed to the shortsightedness of Western elites. According to Putin, they are trying to cling to global power while it slips from their hands.

Here are some of the key points Putin made in his address.

Western dominance is dwindlingThe world is facing serious economic challenges, and unlike the impact of the Covid-19 pandemic, the current turmoil is the result of conscious decisions made by Western nations, Putin said. The West caught “sanctions fever” as it sought to impose its will on other nations.According to the president, though this is nothing new, the current situation is marked by special circumstances – the US is losing its dominance in the global economy and politics, a “tectonic shift” that Western elites are not willing to acknowledge.
Elites are ‘lashing out’“Western nations want to preserve the old world order, which benefits only them, to make everyone follow the ‘rules’ they invented themselves and which they regularly break or change to their benefit,” Putin said.Resistance from other nations “makes Western elites to ‘lash out’ and take shortsighted cavalier decisions affecting world security, politics, and economics” he added.
Western leaders are ‘detached’ from their peopleThe policies adopted by the leaders of the US and its allies run counter to the public’s interests, which they are supposed to protect – this shows the Western elites are “detached from their own people,” according to Putin.EU governments are a good example – they decided to decouple their economies from Russia, denying their businesses affordable energy and access to the Russian market, which makes them unable to compete, he said.
READ MORE: Western ‘sanctions fever’ hurts the world – Putin

Putin predicted that American companies would lead the charge to capture the market shares of businesses based in the EU as a result. “When [the Americans] pursue their interests, they don’t limit themselves or shy away from anything.”

The West deceives poor nationsThe global economic crisis will hurt vulnerable nations worst of all, according to the president – for many people, it’s a life-and-death situation, as impoverished countries will have no ability to buy crucial products.Meanwhile, Western nations pretend they want to help while only doing what is in their own interests, as exemplified by the Ukraine grain export deal, according to Putin. Russia agreed to help ships loaded with grain to leave Ukrainian ports under an arrangement mediated by Turkey and the UN in July. However, most of the ships have gone to EU nations rather than struggling countries, the president said.
READ MORE: West deceived poor nations with Ukraine grain deal – Putin

“Just two ships out of 87 were loaded [in Ukraine] under the UN Food Program, which works to provide assistance to needy countries… just 3% that were sent to developing nations.”

According to Putin, Western nations have decades and even centuries of experience in plundering colonies, and are using the same approach today. In order to prevent humanitarian disasters, Russia suggests limiting the destinations for Ukrainian grain to change the situation.

Russia is weathering the sanctions Russia is dealing with the damage caused by the West’s “economic, financial and technological aggression” relatively well, Putin said. He noted that the country’s financial system had been stabilized, inflation is going down, and unemployment is at record lows.Some companies were indeed hurt, especially those whose business depended on Europe in some way, he said. The Russian government has mechanisms in place to support them.
Asian nations want cooperationMost of the nations in the Asia-Pacific Region (APAC) reject “the destructive logic of sanctions” and seek to foster business ties and economic growth for the benefit of their people, Putin said. Russia appreciates players that share its attitude to national sovereignty. The abundance of countries like this in APAC is “its great competitive advantage” and a source of long-term development.
Russia did not start the conflict in UkraineWhen asked by the host for comments on how the crisis in Ukraine has affected Russia, he reiterated Moscow’s position that the conflict was forced upon it.“We did not start anything in terms of military action. We are trying to end it. Military action was started in 2014, following an armed coup in Ukraine by those who did not want normal development and sought to subjugate their own people, carrying out one military action after another, and subjecting Donbass citizens to genocide for eight years.” Russia decided to use military force eight years later. Doing so was a moral obligation to the people of Donbass, who Moscow could not protect through peaceful means, Putin said. In the end, Russia will emerge from the conflict stronger domestically and internationally, he added.

EU has itself to blame for gas crisis – Erdogan

The Turkish leader says the bloc’s members will face a tough winter this year
Turkish President Recep Tayyip Erdogan speaks to press members ahead of his visit to Bosnia and Herzegovina, in Ankara, Turkiye on September 06, 2022. © Getty Images / Anadolu Agency

The upcoming winter may turn out to be a tough one for European Union states and they themselves are to blame for it, warned Turkish President, Recep Tayyip Erdogan during a press conference in Ankara on Tuesday.

The Turkish leader told journalists that “Europe is reaping what it sows” when it comes to the natural gas shortages plaguing the region and that the countries’ attitude towards Russian President Vladimir Putin and the sweeping sanctions imposed on Moscow are to blame for the current crisis.

“I think that Europe will spend this winter with serious problems. Turkey, at this stage, has no such problems with gas supplies,” Erdogan noted.

Erdogan’s statement comes after Moscow warned of a looming “huge global storm” caused by the “illogical and often absurd” moves by Western nations. In a statement on Monday, the Kremlin noted that the sanctions imposed by the US, EU and other countries on Russia have backfired and resulted in a sweeping energy crisis as well as record inflation across the West. 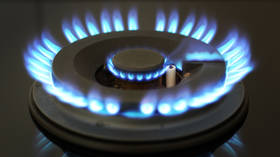 Moscow claims that the only thing preventing the Nord Stream 1 pipeline from working at full capacity are the Western-imposed sanctions, while Gazprom has also warned that the anti-Russian restrictions are hindering regular maintenance on the pipeline’s equipment.

European leaders have been accusing Moscow of using energy supplies as a geopolitical weapon, while German Chancellor Olaf Scholz has stated that Russia can no longer be considered a reliable energy partner.

If you want the western version here it is

The European Union’s executive body proposed capping the price of Russian gas hours after President Vladimir Putin threatened to halt all supplies if they took that action.

Energy prices have soared in the wake of Russia’s invasion of Ukraine, forcing the EU’s 27 states into action.

But Putin said Moscow would react to a cap by halting supplies completely.

European leaders have accused Moscow of “weaponising” its gas exports in response to Western sanctions on Russian individuals and businesses.

While the Kremlin denies that is the case, the big Nord Stream 1 pipeline into northern Germany has been shut indefinitely, with Moscow directly blaming sanctions.

Last week, the G7 group of nations announced a price cap for Russian oil, a move it said would reduce both Moscow’s revenue for its Ukraine invasion and inflation in the West.

Finnish researchers recently estimated that Russia has made €158bn from surging fossil fuel prices during the six-month invasion, with EU imports accounting for more than half of that.

Speaking to an economics forum in the far eastern city of Vladivostok on Wednesday, Russia’s leader condemned sanctions as economic aggression, and a “fever” posing a threat to the entire world.

The quality of life for Europeans was being sacrificed while poorer countries were losing access to food, he argued: “Now we are seeing how production and jobs in Europe are closing one after another.”

Although he acknowledged inflation in Russia was rising, he minimised the effect that sanctions were having on Russian companies: “I am sure that we have not lost anything and we will not lose anything.”

Russian companies have struggled to source much-needed imported parts. But Putin asserted that confidence in the dollar, euro and pound was being lost before people’s eyes – while Russia was emerging from the war with its sovereignty strengthened.

Russia launched its invasion on 24 February and now occupies around a fifth of Ukrainian territory. Six months on, it has been pushed back from areas around Kyiv and the north and now faces a Ukrainian counter-offensive in the south and east.

Western nations responded to the war with several rounds of sanctions. The European Union has attempted to cut its reliance on Russian gas and oil and Moscow – and on Friday EU energy ministers will try to decide how to protect consumers and businesses from the threat of enormous bills over the winter.

Ahead of the meeting, Ursula von der Leyen said Europe had weakened Russia’s grip on its gas requirements. Gas storage was already up to 82 percent and supplies had increased from the US, Norway, Algeria and other countries.

Before the invasion, Russia accounted for 40 percent the EU’s imported gas, but today that proportion was now down to only 9 percent, she said.

As well as a price cap on Russian gas, EU ministers have been looking at how to separate the cost of gas from the price of electricity, which are linked in Europe’s market. The commission president outlined several other plans:

EU member states have already responded to the crisis with a series of packages to help consumers. At the weekend Sweden and Finland announced liquidity guarantees for power companies, while Germany said it would spend €65bn for help for the vulnerable as well as tax breaks for energy-intensive businesses.

In Vladivostok, Mr Putin went on to accuse Europe of cheating the developing world out of Ukrainian grain exports in the wake of a UN-led deal to lift Russia’s naval blockade.

For months ships were unable to leave Ukraine’s three Black Sea ports but shipments resumed last month. Mr Putin told his audience that only two grain ships had since gone to Africa – which is not the case. He said he wanted to discuss revisiting the deal, in remarks rejected by Ukraine as groundless.

Other ships have left for Yemen and Sudan while several vessels have gone to ports in Egypt.

A UN-chartered ship carrying 23,000 tonnes arrived in Djibouti last week. The grain has now reached Ethiopia in 60 lorries, with the aim of feeding more than one and a half million people in a country blighted by drought and civil war.

Under the agreement all cargoes are approved by a joint centre in Turkey. The centre says 2m tonnes have been authorised so far, including to Turkey and the Middle East as well as ports in the EU.