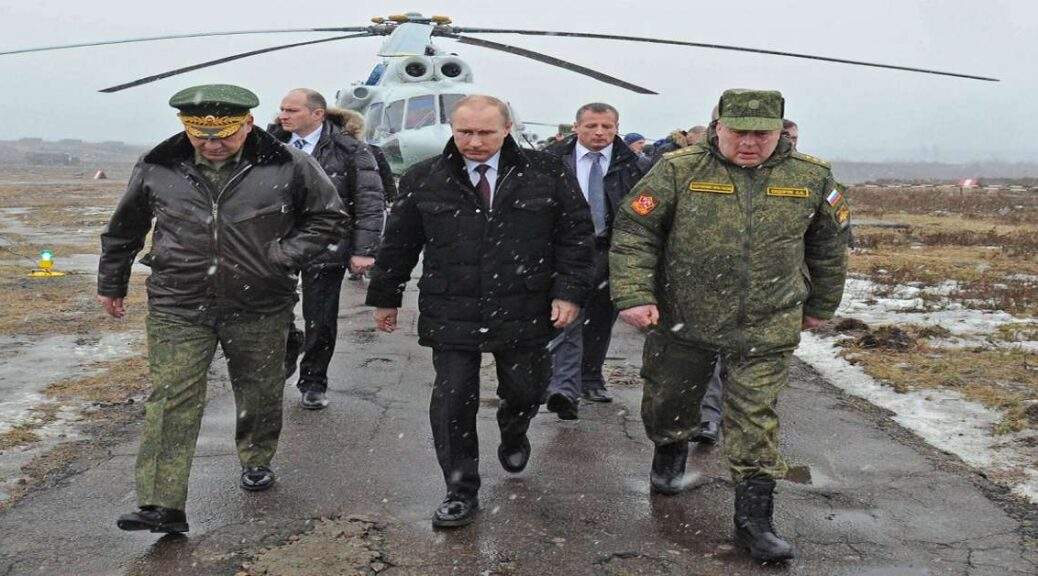 B.Putin will end Ukraine: “In the end there will be nothing left for negotiation – We have not yet begun to seriously fight” (vid)

“This is a tragedy for the Ukrainian people but…”

A clear warning that the war in Ukraine will expand was sent by the President of Russia, Vladimir Putin, who emphasised that ” those who reject negotiations now should know that the further they go, the more difficult it will be for them to negotiate with us.”

Ukraine and its leadership understood what the president of Russia said ? That there will be nothing left in the end to negotiate! The Russian Army will continue operations after Donbas!

Putin said on Thursday that the West could try to defeat Russia “on the battlefield” and said Moscow’s intervention in Ukraine signalled a transition to a “multi-polar world”.

“Obviously, they were trying not only to hit the Russian economy harder. Their aim was to sow discord and wreak havoc in our society, to discourage people.
But they miscalculated: It didn’t happen and I’m sure it won’t happen, ” the Russian president said in a televised address to the Russian Parliament.

Sanctions are creating problems but not to the extent that Western countries wanted, he added.

“The policy of our parliament is based on the will of the people of Russia, on the belief that we are on the right side of history, on the unquestionable determination of the vast majority of the country’s citizens to defend Russia’s national sovereignty and help our people in Donbass. These are the bases of the politics of our state as a whole.”

Russia has managed to maintain economic stability. The West doesn’t need Russia as a country, that’s why it supported separatism and terrorism.

The West’s attempts to reverse the course of history are doomed to failure. The West is imposing on the world a model of total liberalism and a culture of cancellation, but this is impossible.

“The West started the war”

Today we hear that we started the war in Donbass. No, this one was started by the collective West that organised and supported the non-institutional armed coup in Ukraine in 2014 and then encouraged and justified the genocide against the people of Donbass.

The collective West is the direct instigator and perpetrator of what is happening today.

The war has been unleashed, the sanctions have been imposed.

“We have not begun to fight seriously”

“Today we hear that they want to defeat us on the battlefield. What can anyone say? Let them try. We have heard many times that the West wants to fight us to the last Ukrainian.

This is a tragedy for the Ukrainian people, but everything shows that we are heading there.”

He accused the “collective West” of waging a “war” on Ukraine and said Russia’s intervention in the pro-Western country marked the start of a shift towards a “multi-polar world”.

“Everyone should know that we have not yet started in earnest in Ukraine,” he added.

At the same time, we do not reject peace talks. But those who reject them now should know that the further they go, the more difficult it will be for them to negotiate with us,” concluded the Russian president.

One thought on “PUTIN THROWS DOWN THE GAUNTLET: CHALLENGES “THE WEST” TO DIRECT WAR”