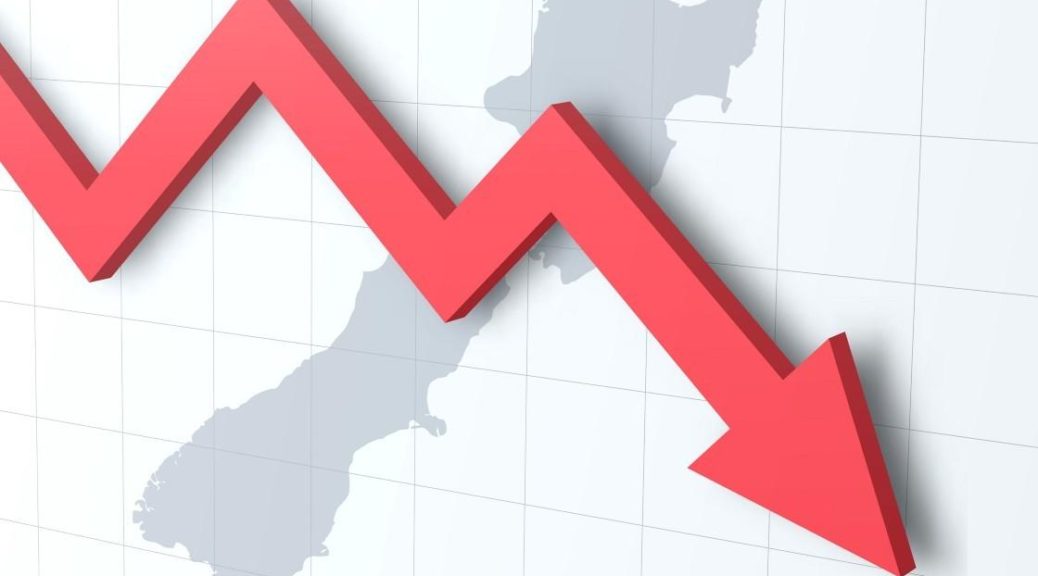 Even the media can’t hide the consequences

“It does give us the sense that the economy overall is continuing to perform more robustly than we might have expected…we’ve just seen it continue to truck on.”

Pity about all the small businesses and destroyed lives.

In a statement on Thursday morning, Stats NZ confirmed GDP, a measure of growth in national outputs, fell by 3.7 percent (seasonally adjusted) in the third quarter, compared to the second quarter.

It was the second-largest fall since 1986, Stats NZ said.

The quarterly fall captures six weeks of COVID-19 restrictions, which started at just before midnight on August 17, and follows a 2.8 percent rise in the June quarter (2.4 percent after adjustments).

It marks the fourth fall since the COVID-19 pandemic began. The biggest fall was in the June 2020 quarter, when GDP fell 12.2 percent (10.3 percent after adjustments).

The fall reflects the widespread drop in economic activity over the September quarter.

The industries most impacted by COVID-19 alert level restrictions were retail, accommodation, and restaurants; manufacturing; construction; and arts and recreation, Stats NZ said.

“These imports contributed to growth in inventories, which increased in the September 2021 quarter. The lockdown may have resulted in inventories being held by businesses rather than being consumed or sold,” Ratnayake added.

Stats NZ noted that the 3.7 percent quarterly fall was less than the fall over the June 2020 quarter, which captured the first nationwide lockdown.

During the Delta outbreak, there were fewer days spent in national level 4 lockdown (27 days’ at alert level 4 in the June 2020 quarter, as opposed to split alert levels in the September 2021 quarter). Border restrictions were already in place and businesses were better prepared for higher alert levels.

In the year to September 2021, the size of the economy (expressed in current prices), was $345 billion.

In a statement, Finance Minister Grant Robertson, said Thursday’s GDP figure reflects the resilience of the economy amid the COVID-19 Delta outbreak.

The 3.7 percent fall was less than expected. In its Half Year Economic and Fiscal Update, Treasury forecasts showed a 6 percent quarterly fall.

“A decline in the September quarter was not unexpected as New Zealand raised alert level restrictions in mid-August in response to the Delta outbreak,” Robertson said.

“But the strength of the economy that had built up before the outbreak put us in a strong position to cushion the impacts of Delta, with support from the Wage Subsidy Scheme and the Resurgence Support Payment to protect jobs and livelihoods.”

Having penciled in a 6 percent quarterly fall, based on a mix of indicators, Infometrics chief forecaster, Gareth Kiernan, told Newshub on average, the result was better than expected.

“It does give us the sense that the economy overall is continuing to perform more robustly than we might have expected…we’ve just seen it continue to truck on.”