I have the best translation I can get.

The report-a shock that shook the United States: Why the Americans are gone from Afghanistan & set up business  (video)

How the world public opinion was misled

Global developments marks the withdrawal of the US from Afghanistan. A withdrawal, accompanied by images of “Saigon 2” and will engage directly, Turkey, Greece, Russia, China and Iran.

What we see in Afghanistan is the first half of the reorganisation that attempt the US is seeing to lose their global hegemony. The second half relates directly to our site.

American analysts blame the intelligence services of the United States, saying that “there was no good information with the consequence that the Taliban to spring it on us”.

Speak clearly for a “disaster” and a “great failure of the american Intelligence services”.

But is it so? Let’s see when and why the decision was taken by the U.S. to withdraw from Afghanistan.

Biden: “it Is in our interest to get out of Afghanistan”

A typical example is the question who was the president of the united states, SQ. Biden. The American president when he was asked a few days ago “will Not take any responsibility for the result if the Taliban come back to have the control and the women end up losing their rights?”

The response of the T. Biden was disarming:

On the same wavelength, and the STATE department of the United States Blinken who when asked for the “images Saigon 2 that monitors the planet in Afghanistan” , he denied everything.

The head of the American diplomacy has rejected any comparison between the situation in Kabul and the fall of Saigon, Vietnam in 1975, confirming that the U.S. “had achieved their objectives” of the war in Afghanistan. “We did you justice in connection with the Bin Laden 10 years ago”.

“This is not Saigon”, stressed the American STATE department on CNN.

“We went to Afghanistan 20 years ago with a mission and that mission was to settle the account with those who attacked us on September the 11th. We completed this mission”.

But to remain in Afghanistan indefinitely “is not the national interest”, he stressed the Μπλίνκεν, recalling that the united states want to ensure the means to cope with the aggressive policy of China in the Pacific.

“There is nothing I like more the strategic competitors than to see us involved in Afghanistan for 5, 10 or 20 years”, he noted.

Why misled the American Intelligence Services the world public opinion

The questions are many:

The advent of the Americans in Afghanistan 20 years ago, never had to do-really – the fight against terrorism.

The goal was the creation of προκεχωρημένου outpost in the “heart” of the Eurasian axis in order to prevent the spread of China and its energy self-sufficiency.

This strategy 20-year-old collapsed on time still. Trump, when and was informed that the Chinese had found inexhaustible sources of energy.

The asphyxiating grip around China with a bastion in Afghanistan collapsed! China, through agreements with Russia, Iran and the MEGA-Deposits found render useless the policy of “energy restriction had been applied by the united states controlling the “energy corridors” in Afghanistan.

I then just decided on N. Trump to withdraw the united states from Afghanistan. The implemented completely tasteless T. Biden.

The narrow Strip of Land and the Mega-Deposit

The Americans through the Corridor Vahan in Afghanistan could besiege China. In the area of acting, the Al-Qaeda and the organization ETIM (Islamic Movement of Eastern Turkestan), which threatens the security of China.

The eastern end of the Corridor Vahan is bordered by the region of Arrest of China, and in this area there along outposts of the Chinese Army (PLA).

In the region of China, Xinjiang, were discovered initially energy deposits of over 100 billion. cubic meters. At the same time even greater energy deposits were found in other two points.

The information necessary for making 1 billion. tons of energy stock.

This is why between 2018 and 2020, China has taken the decision to increase the total production of oil and natural gas in the area of Arrest to 1 million barrels per day. The state oil company PetroChina “pierces” in three locations, in Letan 1, the Tianwan 1 and in the Tianan-in-1.

Sources from China about “Mega” energy field that has changed the data in the geostrategic chessboard. 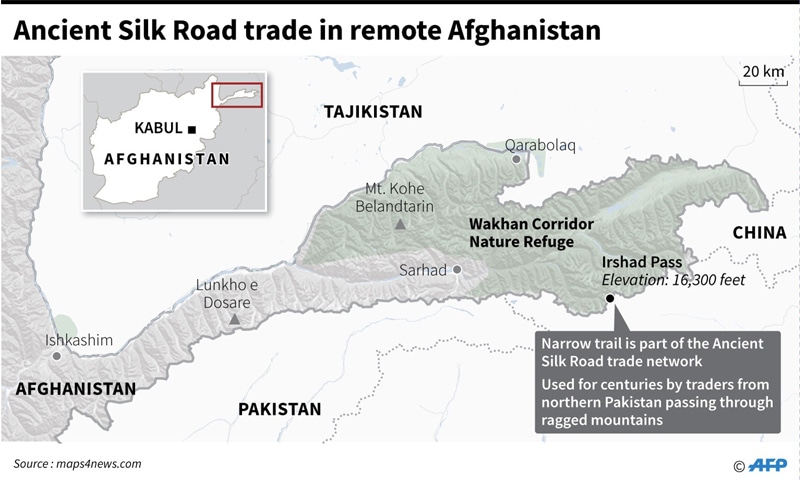 Afghanistan and the CIA Heroin Ratline

The Persian Gulf harbors an array of extremely compromising secrets. Near the top is the Afghan heroin ratline – with the United Arab Emirates (UAE) positioned as the golden node of a transnational, trillion dollar heroin money laundering operation.

In this 21st century Opium War, crops harvested in Afghanistan are essentially feeding the heroin market not only in Russia and Iran but especially in the US. Up to 93% of the world’s opium comes from Afghanistan.

Contrary to predominant Western perception, this is not an Afghan Taliban operation. The key questions — never asked by Atlanticist circles — are who buys the opium harvests; refines them into heroin; controls the export routes; and then sell them for humongous profit compared to what the Taliban have locally imposed in taxes.

© AFP 2021 / BAY ISMOYO
Beyond Opium: US Could Be ‘Smuggling Uranium Out of Afghanistan’

The hegemonic narrative rules that Washington bombed Afghanistan in 2001 in “self-defense” after 9/11; installed a “democratic” government; and after 16 years never de facto left because this is a key node in the Global War on Terror (GWOT), against al-Qaeda and the Taliban alike.Washington spent over $100 billion in Afghan reconstruction. And, allegedly, $8.4 billion in “counternarcotics programs”. Operation Enduring Freedom — along with the “liberation” of Iraq — have cost an astonishing several trillion dollars. And still the heroin ratline, out of occupied Afghanistan, thrives. Cui bono?

Afghanistan is infested by contractors; numbers vary from 10,000 to tens of thousands. Military and ex-military alike can be reasonably pinpointed as players in the heroin ratline — in many cases for personal profit. But the clincher concerns the financing of US intel black ops that should not by any means come under scrutiny by the US Congress.

The Never-Ending War: US Misrepresents Troop Numbers in Afghanistan by Thousands

A Gulf-based intel source with vast experience across the Pentagon-designated “arc of instability” tells the story of his interaction with an Australian intel operative who served in Afghanistan; “This was about 2011. He said he gave US Army Intelligence and the CIA reports on the Afghan heroin trade — that US military convoys from the ports of Pakistan were being used to ship the heroin out of Afghanistan — much of it was raw opium — for distribution as their backhaul.No one answered.

He then cornered the key army intelligence operations and CIA at a meeting and asked why no action was taken. The answer was that the goal of the US was winning the hearts and minds of the population and giving them the poppies to grow won their hearts. He was then warned that if he brought this issue up again he would be returned to Australia in a body bag.”

The source is adamant, “CIA external operations are financed from these profits. The charge that the Taliban was using the heroin trade to finance their operations was a fabrication and a form of misdirection.”

And that brings us to a key motive behind President Trump‘s going against his instincts and accepting a new Afghan surge; “In the tradition of the opium wars of perfidious Albion in the 19th century, in which opium paid for tea and silk from India, and the taxes on these silk and tea imports financed the construction of the mighty British Navy which ruled the seas, the CIA has built itself up into a most powerful agent based on the trillion dollar heroin trade. It is impossible for Trump to overcome it as he has no allies to tap. The military are working together with the CIA, and therefore the officers that surround Trump are worthless.”

Past examples abound. The most notorious concerns the Golden Triangle during the Vietnam war, when the CIA imposed a food-for-opium scheme on Hmong tribesmen from Laos — complete with a heroin refinery at the CIA headquarters in northern Laos and the set up of nefarious Air America to export the opium.

The whole story was exposed on Prof. Alfred McCoy’s seminal The Politics of Heroin in Southeast Asia — which drove Langley nuts.

A contemporary counterpart would be a recent book by Italian journalist Enrico Piovesana detailing the New Opium War in Afghanistan.

The return of Air America

A Pakistani intel source with vast Pashtun/ tribal area contacts delves into even more incendiary territory; “According to our best information the CIA has brought in their al-Qaeda-Daesh proxies into Afghanistan to justify the additional American troops”. That would neatly tie in with Trump being cornered by his generals.

And then, there’s Moscow. Last week, the Russian Foreign Ministry was adamantly denouncing “foreign fighters” transferred by “unknown helicopters” as the perpetrators of a massacre of Hazara Shi’ites in a northern Afghanistan province; “It seems that the command of the NATO forces controlling the Afghan sky stubbornly refuses to notice these incidents.”

It does not get more serious than that; Moscow denouncing sectors of the US-trained Afghan Armed Forces side by side with NATO engaged in covert ops supporting jihadis.  Russian intel has hinted — discreetly — for quite some time that US intel is covertly sponsoring Daesh — a.k.a. “ISIS Khorasan” — in Afghanistan.Russian intel is very much aware of the Afghan chapter in the New Great Game. Russian citizens are “collateral damage” of the Afghan heroin ratline as much as Americans. The Russian Foreign Ministry is tracking how tons of chemicals are being illegally imported into Afghanistan from, among others, “Italy, France and the Netherlands”, and how the US and NATO are doing absolutely nothing to contain the heroin ratline.