RNZ have changed the headline. The original headline said, Omicron is not mild

A recent study by Imperial College London says there is no evidence Omicron is milder than Delta, but just how severe it is may not be known until mid-January, Imperial College researcher Gary McLean says. 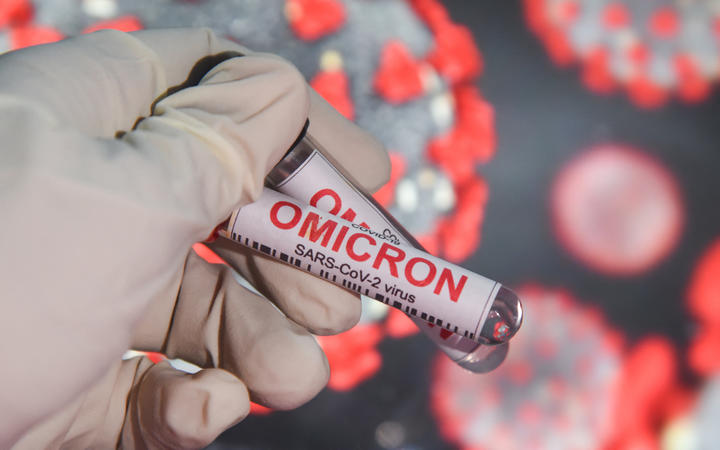 Researchers compared 11,329 people with confirmed or likely Omicron infections with nearly 200,000 people infected with other variants.

So far, according to a report issued ahead of peer review and updated on Monday, they see “no evidence of Omicron having lower severity than Delta, judged by either the proportion of people testing positive who report symptoms, or by the proportion of cases seeking hospital care after infection.”

London Metropolitan University Professor of molecular immunology and Imperial College researcher Gary McLean told Morning Report it is too soon to say how severe Omicron is.

He said definitive data about its severity won’t be available until there is a significant number of cases.

“That’s going to take a number of weeks, perhaps into early next year. I would expect in January, perhaps by the middle of January, we might be able to say with some confidence whether or not this variant is milder or more severe.”

In the UK hospitalisations are slowly going up, with most of the Omicron cases in London, he said. “But we’re not yet seeing that translate into any more severity of SARS-CoV-2 disease.”

“You’d expect to see those people maybe ending up in hospital and I think the data is just too limited and they can’t say much about the link with this variant and hospitalisation or severity of disease.”

“When it does get there it will spread” – Gary McLean

As the number of Omicron cases around the world rises, the government has agreed to a “suite of precautionary measures”.

McLean says New Zealand has a huge advantage, a strong border and can watch what is happening around the world.

There are currently no community cases of Omicron in New Zealand, with cases confined to MIQ.

“Public health advice suggests that soon every case coming into our border, into our managed isolation facilities, will be the Omicron variant,” Covid-19 Response Minister Hipkins said.

“When it does get there it will spread, because it spreads faster than Delta,” McLean said.

We can say “without doubt” that people who have had two doses of a vaccine are still pretty likely to get Omicron, he said.

“Two doses of the existing vaccine is clearly not good enough, lab tests have shown that antibodies are significantly impaired even T cell immunity is reduce, although not as badly as the antibody response.”

The booster shot gives immunity a chance to combat the variant, he said.

“It’s the booster programme that’s going to be super important over the next little while.”

Cabinet has agreed to reduce the interval between the second Pfizer dose and booster shot from six to four months.

Epidemiologist Professor Rod Jackson said New Zealand is in a prime position against Omicron before winter settles – if we get our booster shots as soon as possible.

“Boosters are clearly going to be needed for all of those who are eligible and already vaccinated.

“Kids is the other big issue because 5 – 11 year olds, while they’re at school that’s a super spreader setting and we need to keep a lid on that as well.”

The good news is, New Zealand has things in its favour – it is one of the most recently vaccinated countries, meaning the level of immunity from two doses is still high, it’s summer and school is out.

“We’ve got a whole lot of things in our favour, it just depends on whether Omicron gets loose and goes crazy,” he said.

“The trouble with Omicron is there’s so many unknowns, the only thing we know for sure is it’s incredibly contagious. We don’t know if it’s any less severe or the same severity as Delta, we just don’t know.”

We need to be cautious, he said.

Unvaccinated people who caught Delta have virtually no protection against Omicron infection, lab study suggests – but people who’ve had it AND been jabbed have incredible ‘super immunity’

This article gives the facts but is absolutely nuts

Daily Covid cases in South Africa have fallen for the fourth day in a row as Omicron continues to fade in the variant’s epicentre.

Data from the National Institute For Communicable Diseases (NICD) shows 15,424 South Africans tested positive in the last 24 hours, down by a third on the nearly 24,000 cases confirmed last Tuesday.

A fifth fewer people were tested for the first in the last 24 hours compared to the same period last week, but test positivity — the proportion of those tested who are infected — has been trending downwards for eight days.

But hospitalisations and deaths – which lag two to three weeks behind the pattern seen in case numbers due to the delay in an infected person becoming seriously unwell – have risen.

More than 630 people were hospitalised across the country, up only 5 per cent in a week but the highest daily number in the country’s fourth wave.

The previous record was last Wednesday when 620 people were hospitalised. Meanwhile 35 deaths were recorded, a 46 per cent uptick on last Tuesday.

The falling case numbers come despite only 25 per cent of South Africans being double-jabbed and boosters not being dished out in the country.

It raises hopes that the UK’s Omicron wave will also be short-lived, with Britain also having a layer of protection in its booster programme.

It comes as UK scientists wait for data on how deadly the Omicron surge will be, with uncertainties about how severe it is and how well vaccines protect against serious outcomes.

But promisingly, cases already appear to be plateauing in the UK, with around 90,000 daily infections recorded for the last six days.

That’s despite gloomy Government modelling warning that 1million Britons could be catching the virus daily by the end of the year.

Boris Johnson today said no to Christmas curbs because there is ‘no evidence’ on Omicron to justify it.

One thought on “Radio NZ says “Omicron is not mild””