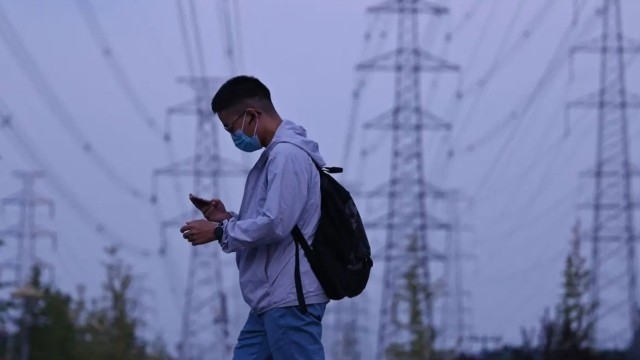 Rapid developments in China: Electricity supply is rationed – Chaos from the “don’t pay” movement on loans

Electricity with the ticket in the middle of a heat wave

Serious developments are under way in China, which has moved to rationing electricity to businesses in the southwestern part of the country due to high temperatures increasing demand, while hydroelectric facilities face weak water flows, state media reported.

To generate the electricity it needs, Sichuan is 80% dependent on hydroelectric dams.

However, waterways in the region are affected by drought, according to China’s Ministry of Water Resources. To conserve energy, 19 cities in the province have ordered factories and businesses to suspend operations, according to a statement published Sunday and carried by state media.

This measure, which will be in effect until Saturday, does not concern individuals.

Some businesses may, however, operate at limited capacity to meet special needs. Sichuan is an important region in China for the manufacture of lithium, a metal used in electric batteries. A factory operated by the Taiwanese technology giant Foxconn, which is the main supplier of the US Apple, has mainly suspended its production.

Due to the restrictions, lithium production is expected to fall by at least 1,200 tonnes, which leads to a rise in lithium carbonate prices, analyst Susan Chu of specialist Rystad Energy told AFP.

The coastal provinces of Zhejiang and Jiangsu in eastern China, as well as Anhui, also in the eastern part of the country, have also imposed metered electricity for professionals.

China reissued a red alert on Monday 8/15 due to heatwave temperatures in several areas. Heat waves in the middle of summer are not an uncommon phenomenon in China, especially in its western and southern parts.

However, they appear to be getting stronger in recent years with climate deregulation, according to scientists.

At the same time, the Internet is abuzz with reports from China of rampant violence at a branch of Minsheng Bank in the Shenzhen area as protesters complain of obstructions to their deposit withdrawals with threats of capital controls.

With the slogan “Minsheng Bank return our money” the depositors marked a protest march.

At the same time, some netizens spoke of an illegal transfer to the surveillance funds, but this news remains unconfirmed as the information is confusing.

On Thursday (August 11), a video uploaded to Chinese social media showed a large crowd of people gathered in front of the Minsheng Bank gate.

Then there was police intervention with officers seen wearing blue uniforms clearing people away.

The video was however quickly deleted on platforms such as Weibo. Despite this, netizens started a campaign to make it go viral, constantly reposting related videos. However, the city of the incident could not be verified.

Some netizens said that this is a branch of Minsheng Bank located in Futian District, Shenzhen. Other users however refute saying that there was no anomaly in their bank card.

Illegal transfers of billions of yuan?

The background is also heightened by the news that the bank illegally transferred 3 billion yuan of funds from the supervision account. July 2022 saw a wave of loan suspensions for unfinished properties on the mainland.

At the same time, there is an uproar from the videos that are leaking on YouTube showing the brutal beatings of protesters – borrowers, but the country’s media seems to be silent.

Comments are pouring in with citizens talking about national shame:

The owners of hundreds of unfinished properties have successively announced that they have collectively stopped paying their debts and even sued the banks involved.

“I don’t pay” movement in China too: They stopped paying their loan installments

In a recent article on the housing crisis that appears to be unfolding in China and could have catastrophic consequences for the entire world, the Economist begins with the parable of the German mathematician David Hilbert.

Hilbert imagined a hotel with infinite rooms. Even if all were occupied, he had noted, the hotel could accommodate a new arrival by simply asking guests to move to the next room.

Each new guest would move into the room of a second, he into the room of a third, and so on. Since the rooms were infinite, this process would never complete.
For years, the financial paper notes, this has been roughly the modus operandi of Chinese brokers. And that’s because they were selling apartments, before they even built them. The money they collected for these apartments was supposed to be dedicated to their construction, just as the rooms in Hilbert’s hotel were supposed to be dedicated to a guest.

But the brokers instead used the money for other purposes – like buying land, for example. When it came time to pay the contractors, they simply sold more apartments that had not yet been built and used the money from that transaction. Just as the rooms in Hilbert’s hotel ended up serving… those next door, the Chinese brokers built each pre-sold apartment with the money from the next pre-sale. And since there were always new buyers, the chain of transactions continued its course.

Unfortunately, Chinese brokers are now running out of rooms. Their sales in the 12 months to June were down 22% compared to the previous 12 months. This painful realization of the buyers’ finitude has resulted in many realtors not having enough cash to continue building the apartments their clients have already bought.

Over the past three years, Chinese realtors have undertaken the creation of more than six billion square meters of property. They have completed less than half of the apartments. In the past buyers couldn’t do anything about these delays. After all, they had already given the money.

But although they have paid their brokers, they are still paying their banks. And in recent months, angry buyers have threatened to stop paying their loans if realtors don’t keep working on their apartments.

According to a document circulating online, this loan “strike” has already spread to nearly 100 cities and more than 320 projects, including Dragon City, Peacock City and Phoenix City. More than 40 of these projects are located in Zhengzhou, the capital of Henan province.

How far could this boycott spread? There are limits. Strategic borrowers could end up on credit blacklists, making them unable to obtain new loans. And in China, according to S&P Global, a ratings agency, most people can’t file for bankruptcy because “their debts will never be written off.”

In the worst-case scenario, $350 billion worth of loans could go into the red, according to S&P Global. This corresponds to about 1.3% of all bank loans, a percentage sufficient to put smaller credit institutions at risk, but not enough to pose a systemic threat to the banking system.

The real meaning of the boycott

The real meaning of the boycott, however, lies elsewhere. It shows that Chinese households no longer believe that if they pre-purchase an apartment, it is a given that they will get it. This loss of confidence is not limited to the protesters. It also appears in weakened presales.

The reticence of the Chinese towards pre-purchases is a greater threat to the Chinese economy than the refusal to pay the installments of the loans already taken. Weak sales will further squeeze realtor income, further slowing the delivery of properties and deepening buyer frustration.

How can this vicious cycle be broken? According to the Economist, in Henan two state-owned companies (a brokerage and a bank) have set up a recovery fund for troubled projects to help complete them. But local Chinese governments lack the funds to revive public confidence, according to Andrew Batson of Gavekal Dragonomics, a research firm.

Batson believes a credible plan requires central government involvement. The latter is understandably reluctant to channel more resources into a sector that already occupies too much of the economy. But investing new money in delayed projects could have a double benefit by helping both to complete the purchased apartments and to rebuild Chinese confidence in pre-sales.

In the long run, the only solution is to limit pre-sales, warns the Economist. Otherwise, trust will sooner or later be lost again. And the resulting crisis could be enough to shake the entire Chinese economy – something that would send shivers across the planet.