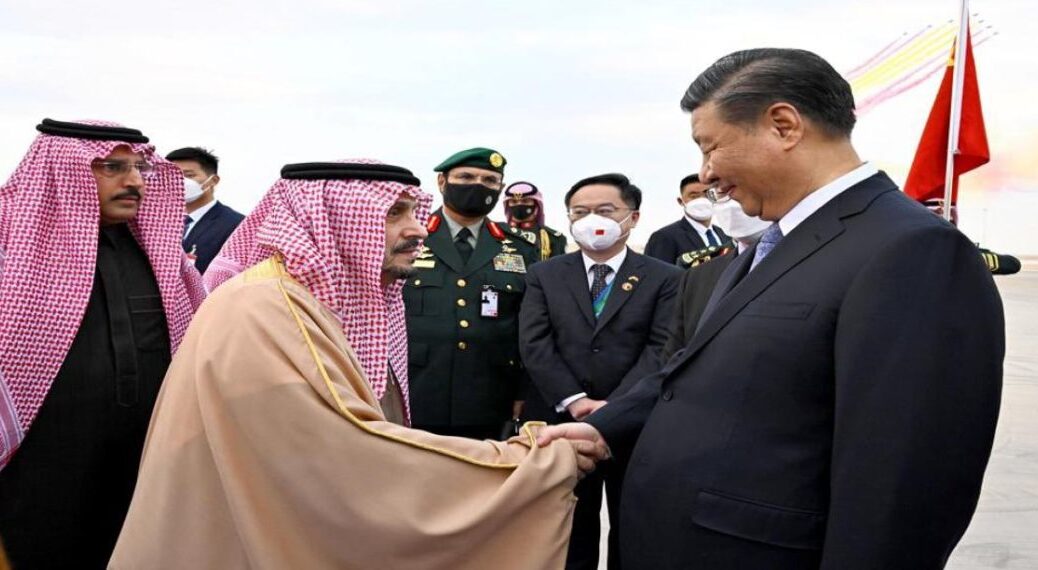 Rapid shrinking of American geopolitical influence in Africa and the Middle East is brought about by three agreements of member countries of the region with the BRICS bloc. These agreements. which until a few years ago would have been unthinkable, show that the Americans are beginning to retreat from key areas of the planet.

All 3 developments are very bad for Washington and Europe. After the United States, Russia, Iran and Canada, Algeria is the fifth largest natural gas producer in the world. With an average production of 982,000 barrels of oil per day, Algeria is also among the top 20 crude oil producers. Sonatrach, Algeria’s state oil company, produces, refines, transports and sells petroleum products. It is the largest company not only in Algeria but also on the African continent.

For Egypt, which is now literally in the lobby of the BRICS, many question marks arise regarding its attitude in the coming years, while what can one say about Saudi Arabia? Seeing the withdrawal of the US from the Middle East is completely turning to China, the largest importer of oil and natural gas.

The Saudi Arabian royal family welcomed the Chinese President at the airport. The reception has nothing to do with T.Biden’s, where no one went!

CNN reported anxiously that Xi’s visit was impressive both in substance, the deals signed, and the political message with lavish hospitality from King Salman and Crown Prince Mohammed bin Salman, unlike Biden’s visit before a few months.

The Chinese president’s visit was characterized by Beijing as “the most important diplomatic activity between China and the Arab world” .

Watch video of the Saudis welcoming the Chinese president

Egypt ratified a few 24 hours ago its participation in the New Development Bank (NDB) created by Brazil, Russia, India, China and South Africa (BRICS) in 2014.

The cabinet of Egyptian President Abdel Fattah Al-Sisi ratified the agreement to enter the NDB and the document of Egypt’s accession to this institution, which began operating in 2015 in Shanghai.

The NDB finances infrastructure and sustainable development projects in areas such as energy, transport, water, communications and health.

“Since 2016, the Bank has invested in many projects, including 7.2 billion US dollars in India alone ,” Russian media reported, recalling that Egypt expressed interest in becoming a member of the NDB in July.

Egyptian Finance Minister Mohamed Maait confirmed his country’s enthusiasm for strengthening cooperation with BRICS members, especially in light of the “unprecedented development movement” he is witnessing in Cairo.

Read also: The US is losing the Middle East: Biden broke off relations with Saudi Arabia and the UAE & sends them a “package” to the BRICS – N/S withdrawal of 5,000 Americans, Patriot & THAAD!

At the same time, Algeria officially submitted an application to join the BRICS, confirming all the information of WarNews247 so far.

Zarouki said Algeria has arranged all the necessary details required for membership, without giving further details.

On December 5, the Algerian Ministry of Foreign Affairs announced the signing of the executive bill for the joint construction of the Belt and Road Initiative and the tripartite cooperation plan in key areas with China from 2022 to 2024.

“The executive plan describes the framework of strengthening the comprehensive strategic partnership between Algeria and the People’s Republic of China and deepening the historical and qualitative relations between the two friendly countries in various fields,” reads the statement published by the Ministry of Foreign Affairs of Algeria . Algeria.

Algeria needs to harmonize its legislation with the BRICS countries before joining the economic bloc, which could further benefit the country’s economy, the governor of the Algerian capital, Mohamed Abdenour Rabehi, told Sputnik on Saturday.

“Algeria would definitely like to join the BRICS. The question is whether we will be accepted because there are certain obligations. We need to proceed with some legislative changes” , Rabehi said.

And we come to the rapid developments with Saudi Arabia. Chinese President Xi Jinping’s official visit to Saudi Arabia began with a grand welcome, which continued with the signing of bilateral agreements worth tens of billions of dollars and concluded with a joint statement by the two sides on cooperation in the fields of international security, energy security and the non-interference of each side in the internal affairs of the other.

According to the Saudi news agency SPA the agreements signed are worth 29.6 billion dollars for investments of mutual interest, strengthening trade and cooperation in the energy sector.

China tops the list of oil buyers from Saudi Arabia and absorbed 25% of the country’s crude exports last year. In total, China bought 200 million metric tons of crude oil from Arab countries last year, and these deals will be expanded in the near future.

The 4,000-word Xi-Salman joint statement, published in SPA, stressed that ” the two countries agree on the importance of stability in global oil markets.” It is emphasized that Saudi Arabia is a reliable exporter of crude oil to China. The determination of the two sides to “develop cooperation and coordination in the defense sectors” and continue to work together to “combat terrorism and its financing” is also stated.

The statement reaffirmed that the two countries “will continue to firmly uphold each other’s core interests, support each other in maintaining their sovereignty and territorial integrity, and make joint efforts to uphold the principle of non-interference in internal affairs of states, the rules of international law and the basic principles of international relations”.

Read also: A breath from BRICS, S.Arabia: Tremendous failure of T.Biden, shook everything in the air – Clash with Bin Salman “on all issues”

The two sides will cooperate more closely in areas such as energy and national security.

The two sides decided that they should seriously support China’s Belt and Road Initiative and Saudi Arabia’s Vision 2030.

For his part, Crown Prince Mohammed bin Salman assured that Saudi Arabia “strongly supports the principle of ‘one China'”, the safeguarding of Chinese sovereignty, security and territorial integrity, and that it strongly supports the measures and efforts of China on de-radicalisation, “strongly rejecting interference in China’s internal affairs by any external powers under the pretext of human rights or otherwise”.

Saudi Arabia will continue to actively participate in cooperation with China under the Belt and Road project and expand two-way trade and investment.

The two countries agreed to build major infrastructure and energy projects and strengthen cooperation in areas such as the automotive industry, science and technology, chemical industry and mining.

Final blow to the US: Saudi Arabia abandons the dollar – Turn to the Yuan

Beijing is keen to push for yuan-based oil and gas trade deals with its Gulf countries (GCC).

Read also : B.Putin’s historic speech: The unipolar world is over – S.Arabia asked to join the BRICS! – Ukraine has a “dirty” bomb ready (Part A’ )

President Xi Jinping told Gulf Arab leaders on Friday that China would work to buy oil and gas in yuan, a move that would support Beijing’s aim to establish its currency internationally and loosen its control over the US dollar. in world trade.

Any move by Saudi Arabia to reduce its use of the dollar in oil trade would be a seismic political move.

At the start of Friday’s talks, Prince Mohammed heralded a “historic new phase of relations with China”, a sharp contrast to awkward US-Saudi meetings five months ago, when President Joe Biden attended a smaller Arab summit in Riyadh.

Xi said Beijing will continue to import large quantities of oil from the Gulf Arab countries and expand imports of liquefied natural gas.

China will “fully use the Shanghai National Oil and Gas Exchange as a platform to process yuan payment settlement ,” he said.