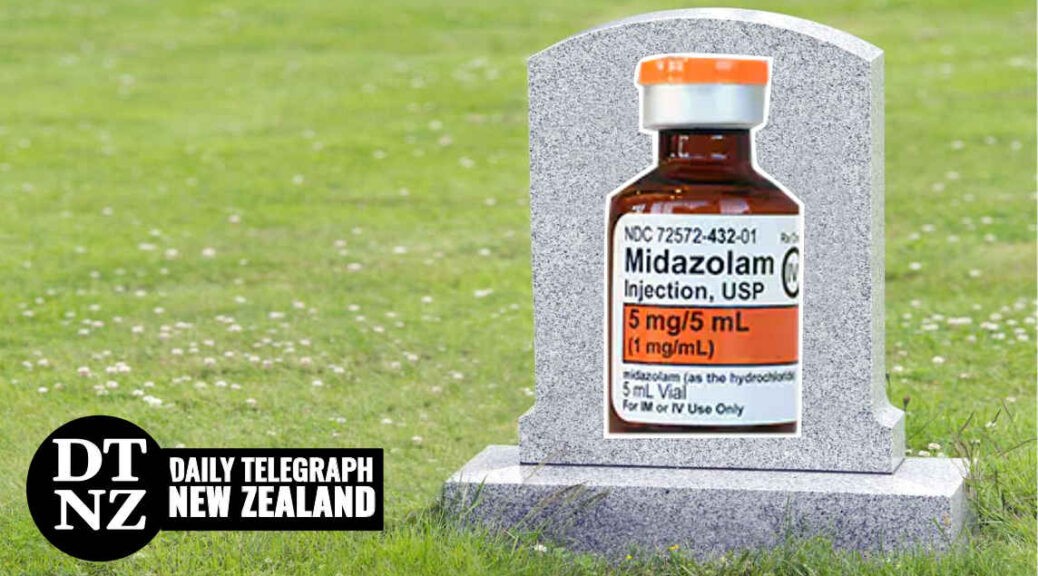 SHOCK ALLEGATION: ‘THEY’RE KILLING THE ELDERLY IN HOSPITAL’ – PERSON CLAIMS THEIR FATHER WITH COVID WAS EUTHANISED IN NEW ZEALAND HOSPITAL

Campbell read J’s message in a video posted to his YouTube channel, where he has 2.4 million subscribers.

Campbell told viewers that while he could not verify what J said, he could only relate their experience, and the fact J would have this perception ‘disturbed’ him. ‘If it’s reality it disturbs me even more, but as I say, I can’t adjudicate on that.’ Campbell invited viewers in New Zealand to comment about similar experiences, which we have published below.

In the message, J said:

‘My father died in New Zealand 2 weeks ago with COVID because they euthanised him.

‘The death rates are higher because they’re killing the elderly in hospital. We knew this would happen after euthanasia was legalised.

‘The number of deaths is insane right now. The cemeteries are at capacity. When we buried dad there were three other funerals at the same time. Even undertakers, grave diggers, admitted things are crazy right now.

‘They put dad in isolation for 11 days where I was banned from seeing him, he was locked in a room and neglected and starved, when he came out he [had] lost 11kgs in 11 days and was so weak he caught pneumonia from hospital then got worse.

The medical care J’s father received following the pneumonia diagnosis was substandard, with her father being kept in bed the whole time and on a catheter – both practises Dr. Campbell said were inappropriate and likely to result in a serious deterioration of the man’s health.

‘When they got him so weak and sick they gave him Midazolam which is a euthanasia drug and finished him off. I’m opening an enquiry because this happened to my friend’s mother too.’

‘If this is J’s perception, it is deeply, deeply disturbing,’ said Campbell.

The world was first alerted to the involuntary euthanasia of elderly patients in the early stages of the pandemic in the UK by funeral director John O’Looney in a video with Australian freedom activist Max Igan, which went viral.

The video below is from CoronavirusPlushie’s Rumble channel, which also contains additional clips on the Midazolam controversy.

Kiwis responded to Campbell’s request for comment, only a small number of which we reproduce below with user names removed. Dr. Campbell’s original video with user comments is published on YouTube. Users took the opportunity to describe to Dr. Campbell about the shocking state of the New Zealand health system:

A Good Death? The Midazolam Murders (A Documentary from Ickonic.com)

Each year, tens of thousands of elderly and terminally ill patients are quietly euthanised in NHS facilities. In hospitals, care homes and hospices, behind closed doors, their deaths are hastened in what appears to be a caring and humane way. But how has this practice of euthanasia – illegal in the UK and carrying a life prison sentence – become so widespread and acceptable? And why are people who are nowhere near the end of their lives being given killer ‘cocktails’ of drugs that are used in many US states for executions?