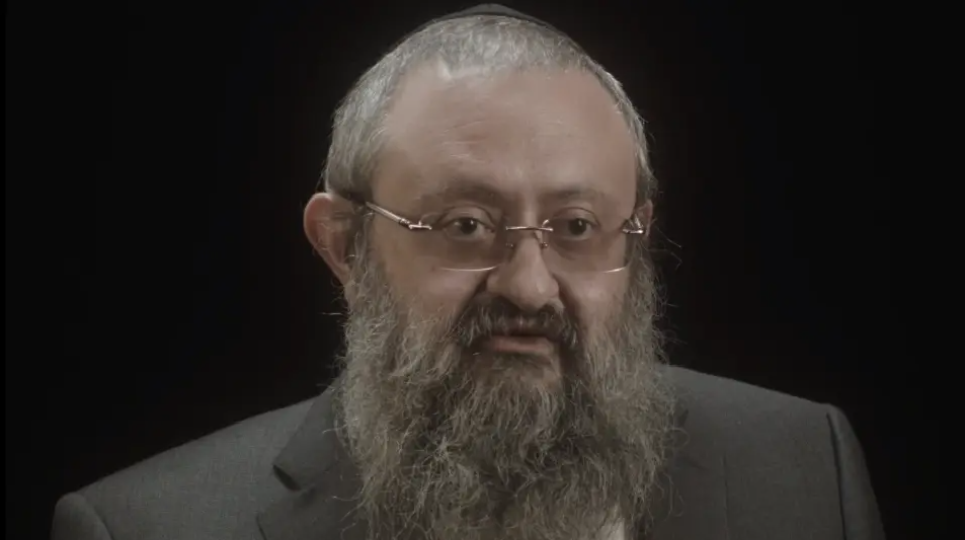 Statement by Zelenko Labs on the Passing of our Founder Dr. Vladimir “Zev” Zelenko

It is with immense sorrow that we announce the passing of our founder Dr. Vladimir “Zev” Zelenko. Dr. Zelenko was a physician, scientist, and activist for medical rights who touched the lives of millions of people. Some were saved as his role as a doctor, and even more were inspired by his words. His “Zelenko Protocol” saved millions and earned him a Nobel Prize nomination and the admiration of a U.S. President among other prominent world leaders.

Born in socialist slavery, and then immigrating to the United States, Dr. Zelenko was the embodiment of the American dream. The child of poor immigrants who rose to success as a physician and a businessman. But Dr. Zelenko was more than a physician. As an activist and a businessman, he was also a man of deep faith, incredible love for his family, and a tireless inspiration to the company. But, perhaps most of all, Zev was our friend. The world knows the dynamic firebrand who never feared speaking the truth to power or about issues he cared deeply about. Dr. Zelenko was a man of great, subtle humor and deep intellect.  For every verbal jab he threw at the tired and incompetent establishment, a dozen more light-hearted laughs were spent with him and the team. Dr. Zelenko could laugh at himself as easily as others, and was always in great spirits, no matter the darkness that surrounded him – something that’s easily overlooked in today’s climate of hypersensitivity.

Some have already asked us what is next for Zelenko Labs. Though we have lost a leader, a friend, and inspiration, the answer is simple: Keep Fighting.

This is not only what Dr. Zelenko would want, it is what he told us to do. And it is exactly what we will do. We will fight for his legacy. We will fight for the company that sustains his eight children and dozens of employees, and we will fight for you, our loyal customers and friends. Zelenko Labs will continue to deliver high-quality products and we will protect Dr. Zelenko’s legacy with the creation of the Z-Freedom Foundation, which will support the causes that matter most to our beloved Zev.

Though Zev’s chapters in the Book of Life have closed, his legacy is yet to be written. Join us and help write those next powerful and impactful chapters by helping us keep Zev’s main mission of helping every single American live a healthier, happier, and more informed life, front and center.

Help us keep that honorable vision a vibrant one in our hearts and woven into the very fabric of this great nation.

We look forward to standing shoulder to shoulder with you in the coming days, months and years ahead.

Dr. Vladimir “Zev” Zelenko, the man who discovered and implemented the treatment for Covid-19 that over the past two years has been responsible for saving millions of lives worldwide, has passed away after a long battle with cancer.  He was 48.

Born in Kiev, Ukraine in 1973, Zev’s family immigrated the United States in 1977 and settled in Sheepshead Bay, Brooklyn, New York.

He attended Hofstra University where he earned with a B.S. in chemistry with high honors.  He then went on to the Buffalo School of Medicine where he earned his M.D. in 2000.

Zev had a family medical practice in Monroe, New York in 2020 during the onset of what would become the Covid-19 pandemic.  As a physician who masterfully combined the skills of both critical thinking and the scientific method, and who shaped their application out of his love for both God and patients, Zev was not content to sit back and wait for politicians or public health officials to settle upon a prescribed treatment path.  People were dying.  He began searching almost immediately for a method of treatment.

Aided by initiative, good fortune, and from his account divine intervention, he discovered such a treatment in combining Hydroxychloroquine (HCQ), zinc, azithromycin, and other various drugs, especially steroids, and creating what has come to be known as the “Zelenko protocol.”  The key to the protocol was very early intervention to treat the virus inside the cellular level before it could break loose and develop into a full-blown respiratory disease.

Up to the time of his death, Zev had overseen the treatment of approximately 7,500 patients using his protocol and experienced only three patient deaths.  The use of the Zelenko protocol has spread worldwide.

While he was nominated along with other courageous doctors for a Nobel Prize in recognition of his groundbreaking treatment and outspoken advocacy on behalf of patients, for the most part Zev faced censorship and condemnation for his taking a bold stand against prevailing orthodoxy.  For whatever their motives, politicians and health officials worldwide attempted to either downplay or outright deny the efficacy of the Zelenko protocol and its simple, low-cost treatment path.  Numerous studies were constructed to deliberately hide the effectives of using HCQ (later ivermectin) in conjunction with other drugs.

There were even steps taken by politicians like then New York Governor Andrew Cuomo to forbid the use of HCQ in treating patients.  Social media platforms joined in the effort to silence Zev, with Twitter having famously banned him from the platform in late 2020.

As Voltaire said, “It is dangerous to be right in matters where established men are wrong.”

Despite numerous studies over the past two years that have supported the effectiveness of his protocol, access to the treatment remains denied to significant portions of the population and is simply ignored by many physicians.

Undeterred, Zev went in search of another method to treat patients that could circumvent government restrictions.  HE discovered that the natural supplement Quercetin could serve the same function as did HCQ in assisting zinc to attack the still developing virus inside the cell.  It was not as effective, but as Zev was fond of saying, “You don’t go to war with the army you wish you had.  You go to war with the army you’ve got.”  He discovery of Quercetin, which he likened to being a .22 caliber compared to HCQ’s .50 caliber ultimately led to the development of his Z-Stack supplement.

Over the past year-and-a-half, Zev has been an outspoken critic of the mRNA vaccine pointing to both its serious side-effects and its alteration of genetic code.  He has been especially critical of the use of the vaccine in children who are not old enough to give their own informed consent and who face virtually no risk of serious illness from Covid-19.  He has shared his views over a broad spectrum of web-based podcast interviews and at numerous live appearances across the country.  He has been routinely greeted with applause interruptions and standing ovations.

As to the rare form of cancer with which he was diagnosed in early 2018 and told of its 100 percent terminal prognosis, Zev repeatedly referred to it as having been a gift from God.  “My cancer is what prepared me for the Covid-19 pandemic,” He would say.  “Without it, I would not have developed my passion for searching for answers that others said couldn’t be found, and without it I could not have held to the persecution and ridicule I received for daring to treat patients.  I have looked death in the eye and I have been made ready to meet God.  I fear nothing on this earth.”

A man of profound faith, he believed until the end that God had created a special mission for him on this earth, and that the prayers of millions had kept him alive long enough to fulfill that mission.

Zev recently announced the formation of his new Z Freedom Foundation, dedicated to continuing his critical work.  He also announced the release of his memoirs, titled simply Zelenko, that will be available in late-summer to early fall 2022.

In his simple and beautiful poem, High Flight, WWII Canadian Air Force pilot John Gillespie Magee said that he put out his hand, “and touched the face of God.  For those who were blessed with having had a chance to cross paths, if even for a fleeting moment, with the remarkable man who was Vladimir “Zev” Zelenko, there is a sense of knowing that in this instance and with this soul, God simply could no longer wait to touch the face of the man who gave so much hope and so much life to so many during his time on His earth.

Memoriam can be given in Zev’s name to the Z Freedom Foundation at www.zfreedomfoundation.com

Watch explosive interview with Dr Zelenko: ‘We need to inform the world’

Dr Zelenko: ‘Israeli government uses coercion against own citizens to force them into human experimentation’

‘Mortality dropped 8-fold with use of those two drugs’