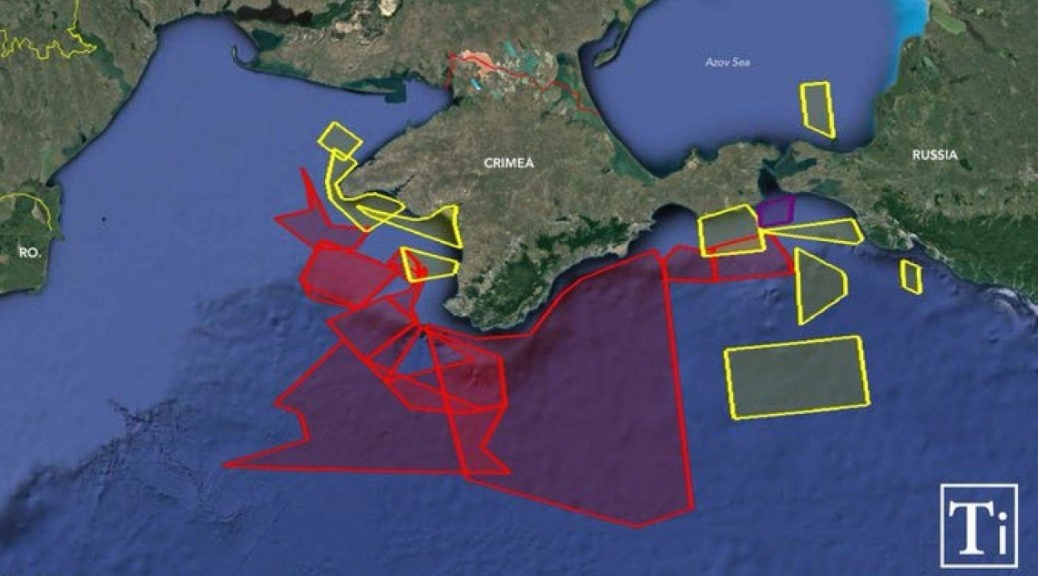 The following is Hal Turner’s radio show today (edited). In addition to giving an update on events he gives his analysis of what he thinks it is all about – a rumoured address to the Duma by Vladimir Putin in which he is allegedly going to announce the decoupling of Russia from the international banking system system.  This, he thinks (along with the Nordstream- 2 pipeline represents the REAL reason for this move to war.

I am a little dubious about his claim about Putin. However, we shall just have to wait and see. 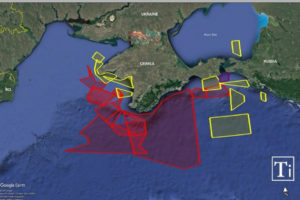 The Russian government has issued Notice to Airmen and Mariners (NOTAM) declaring a very large area of air space around Crimea to be a “danger” zone for aircraft due to newly announced military “drills.”   This no-fly area encompasses where US and British Intel Aircraft and Drones have been flying every day.

The NOTAM keeps this air space, and certain sea lanes, CLOSED until the end of April.

Of course, this is only for military “drills” and not some planned invasion of Ukraine (ahem).

This morning, the Poland Defense Minister announced the arrival in Poland of “several dozens” of U.S. F-15 and F-16 fighter jets.

There is also a “conga line” of F-16’s and air-refueling tankers in the air between the Middle East and what looks to be Spain. 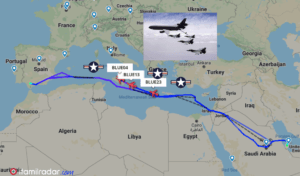 The images below show the fighter jets meeting the refueling tankers in the air: 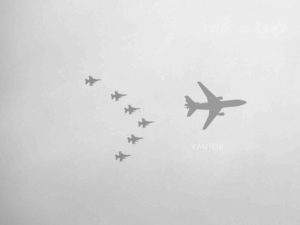 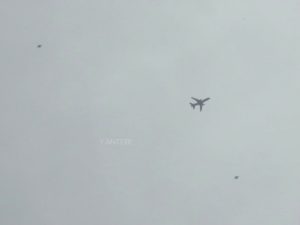 This movement of U.S. air power is almost unprecedented; except for the period of time just before the Gulf War 1, when the US would go into battle against then-Iraq leader, Saddam Hussein.

It appears the US is making ready to go into battle, again. . .

Readers of this article MUST realize that the NWO decided to start a war with Russia, to annihilate it. Russia KNOWS this (and they obviously know that), and that the U.S. military will be used against Russia.   That being the case, it makes perfect sense to attack the U.S. very early in the war.

Some people think that a surprise nuclear attack by Russia against the U.S. will trigger a nuclear response.

If Russia and China, both go big (Russia in Ukraine and Eastern Europe, China in Taiwan), while in the same time nuking the U.S. missiles sites, I think the U.S. will have to CHOOSE between nuclear world war or back down.

Do you honestly SEE, now, the Biden administration starting to nuke Russia and China?

Do you honestly believe that China can’t afford to lose half of their population if the U.S. losses 3/4th of its, since most U.S. people live on both coasts?

Or do you think Russia, who not only kept their underground bunkers from the cold war era, but ALSO built new ones for millions of people, (and it is a BIG ASS country) can’t win a limited nuclear exchange with the U.S., no matter what the U.S. has left after Russian-Chinese pre-epmtive attack?

And if the U.S. goes tit-for-tat, it will lose any limited nuclear exchange.

Americans do not understand Russians and the Chinese, and this will be the U.S. downfall.

Americans ASSUME that it is unthinkable for Russia or China to nuke their cities.

Well, we’ll live and see, but I can tell you one thing : Russia and China could show how weak the U.S. and the West are, and may very well happen in a matter of days.

The entire goal of the US and EU has been to actually go to war with Russia. Not to negotiate, not to cooperate, and not to allow mutual existence.

It was clearly definitely as such during the Obama regime, and the escalation points were lined out by Clinton during her campaign and assumed administration.

The US government aren’t foolish or stupid in their provocations of Russia, they know EXACTLY what they’re doing and the response it will generate.  Trouble is, they think they’re equipped and ready for the Russian response, and logic – plus the military facts on the ground in a weak Europe – reveals that judgment to be in error

3 thoughts on “RUSSIA ANNOUNCES NO-FLY ZONES IN BLACK SEA NEAR CRIMEA — “Conga Line” of U.S. F-16’s in the air now to Europe”