There is a lot of interesting material contained here.

A truly foreboding new Security Council (SC) report circulating in the Kremlin today says after this morning’s consultations between the Ministry of Defense (MoD) and its Iranian counterpart Ministry of Defense Armed Forces Logistics (MODAFL), it saw Iran’s defense minister General Amir Hatami urgently warning his nation’s citizens to be prepared to face nuclear, chemical, and biological attacks—an urgent warning preceded by Supreme Socialist Leader Joe Biden launching an armada of nuclear armed B-2 Spirit Stealth and B-1B Lancer bombers towards the Russian Arctic border—that itself was preceded by Biden issuing a warning threat that “Russia will pay for meddling in the US elections” and his calling President Putin a “killer with no soul”—the latter of which President Putin directly responded to by saying: “When I was a kid, when we were arguing with each other in the playground, we used to say, ‘Whatever you say about others is what you are yourself’”, and sarcastically added: “I wish him good health”.

With Kremlin spokesman Dmitry Peskov noting that there was no precedent for the vile remarks made by Biden in the history of the two nations, and his stating: “These are very bad statements by the US president…He clearly doesn’t want to establish a relationship with our country, and we will proceed on that basis”—this sentiment was joined by State Duma speaker Vyacheslav Volodin, who said: “Biden has insulted the citizens of our country with his statement…This is a tantrum that comes from powerlessness…Putin is our president, attacking him is an attack on our country”—and also joined by Federation Council deputy speaker Konstantin Kosachev, who grimly warned: “If the US fails to provide an explanation and apology, it won’t end there…This is a fault line…These boorish remarks have killed off all expectations that the new US administration will pursue a new policy towards Russia”.

Because Biden has now crossed this deadly “fault line”, even top American military experts are sounding alarms saying such things like “Biden’s tough-guy flexing at ‘soulless killer’ Putin would be funny if the consequences weren’t so serious…Biden does not know Putin well at all…If he did, he would know that the last thing that would give the Russian leader pause were the fanciful tough-guy posturings of a geriatric president”—and sees these alarms being sounded just days after Biden was given a grave warning by top US defense experts in the document “World War III: If Russia Invaded the Baltics NATO Couldn’t Stop Them”, wherein it warns: “NATO’s light and under-equipped Baltic assets are little match for Russia’s motorized heavy divisions…The tactical disparity is so great, that NATO infantry wouldn’t even be able to retreat successfully from the Russian onslaught and would instead find themselves ‘destroyed in place’”.

In not knowing what other suicidal wars moves Biden is contemplating, the Kremlin had no choice other than to immediately recall Russia’s ambassador to the US, Anatoly Antonov, for consultations on future relations with Washington—consultations of historic and momentous importance—specifically because they will involve discussions relating to the 8 June 2020 executive order signed into law by President Putin entitled “Basic Principles of State Policy of the Russian Federation on Nuclear Deterrence”—a document allowing the first strike authorization for the use of nuclear weapons if it “will do so intending to prevent further escalation and end the conflict as favorably (or acceptably) as possible for itself”—and further states that Russia will launch an immediate nuclear strike against any nation that fires any weapon of any kind into its territory.

In anticipating that socialist-globalist forces would steal the 2020 election from President Donald Trump, the focus of this document’s changing the first strike use of nuclear weapons would allow the Ministry of Defense to strategically target socialist forces loyal to Biden, while leaving untouched those regions and/or forces loyal to Trump—after which Russia would demand that the United States allow an independent international examination of the 2020 election to determine its real winner, otherwise an all-out nuclear weapons attack on America and/or its allies would begin—and would serve as an example to Biden and his socialist forces what real election meddling looks like.

With a shocking just released poll showing that just 47% of American voters believe Biden is actually calling the shots regarding his presidential duties, and other reports showing that Americans are buying with their COVID relief checks firearms, accessories, high-capacity magazines, and ammunition, it brings into sharper clarity the article “Proposals For Separation Within The US Pick Up Major Steam”, wherein it notes: “A study in published in February found that one-third of Republicans support secession and that half of Republicans across the former Confederacy (plus Kentucky and Oklahoma) are willing to break off to a newly formed country”—all of which shows there would be great support among the American people for Russia to restore President Trump back to power before Biden and his socialist forces destroy their entire country—and to how much contempt for the American people Biden and his socialist forces really have, this was just put on display yesterday when the White House released a video of Biden walking toward reporters and then stopping in front of a couple of mics seen in the lower half of the picture, but whose hand goes right through the bigger mic proving it was a fake green screen video.  [Note: Some words and/or phrases appearing in quotes in this report are English language approximations of Russian words/phrases having no exact counterpart.] 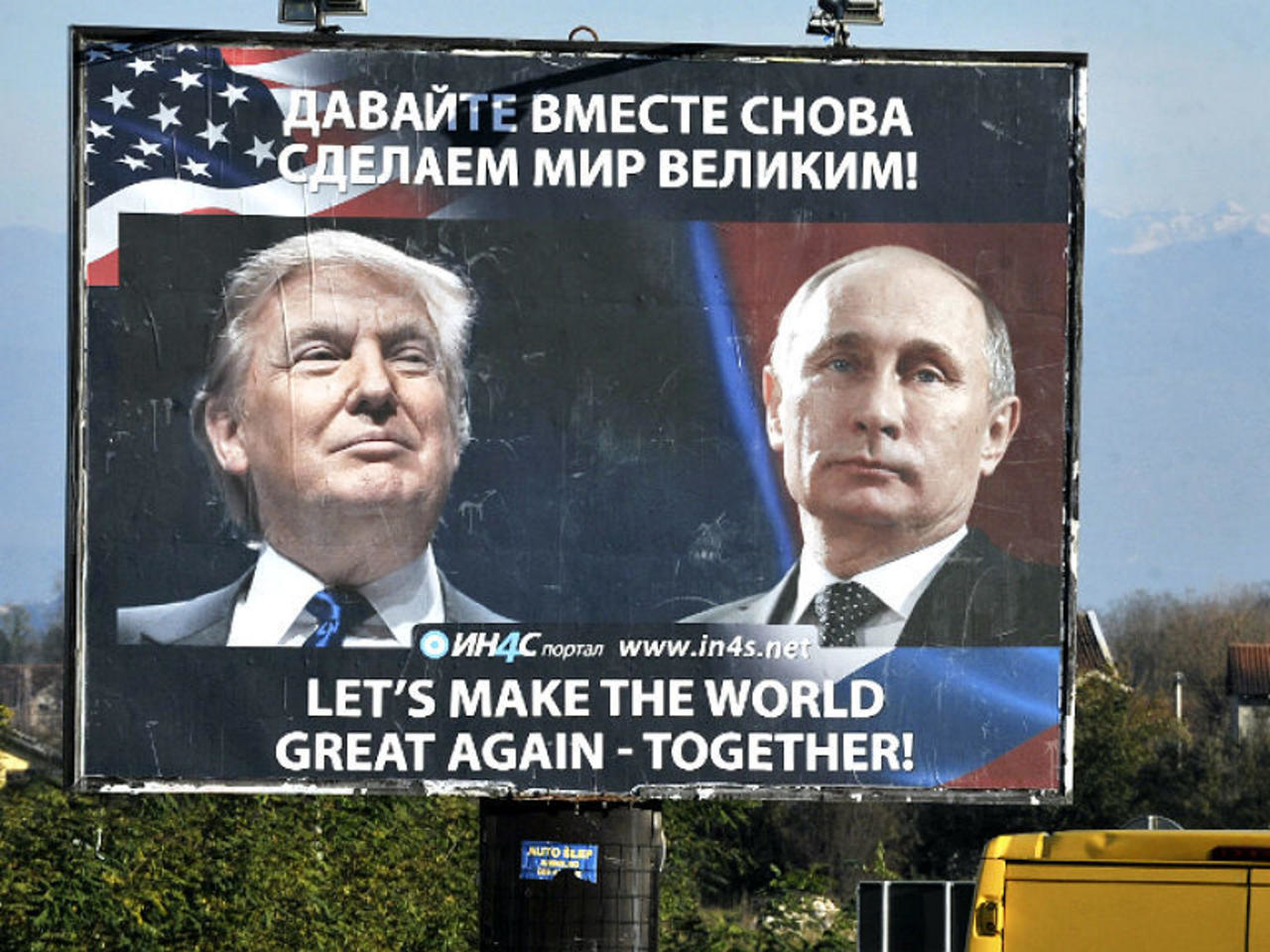 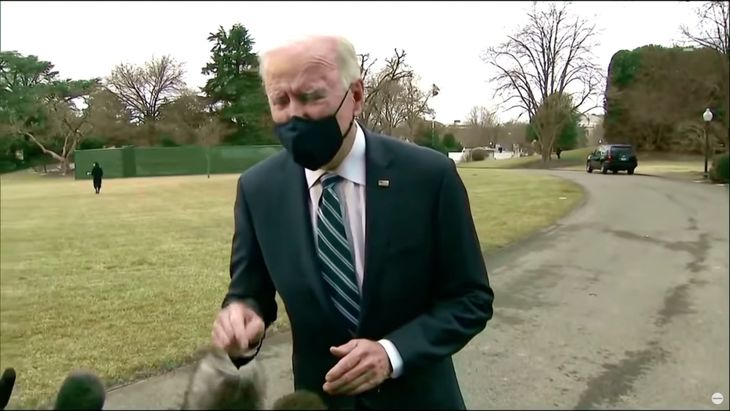 Russia believes the world would be safer if America had a real president instead of a fake one.

According to this report, shortly after First Deputy Chairman of the Defense Committee of the State Duma, Andrei Krasov, earlier this month announced that 112 Russian soldiers were killed during the entirety of the armed conflict in Syria, it was followed by Russian defense, political and religious experts concluding that the American socialist forces causing this needless bloodshed are a “Doomsday Cult”—a socialist death cult that this week caused Russian military reinforcements to rapidly deploy alongside units from the Russian-backed Fifth Armored Division at the al-Thawra oil facility in Syria—a rapid military deployment needed after socialist leader Biden snuck into Syria a 45 truck convoy of military equipment and oil tankers—and is the same Biden, who when with the Obama Regime, oversaw the CIA’s disastrous Timber Sycamore covert program in Syria, all of whose forces were wiped out.

In a last-gasp bid to save the world from Biden and his socialist “Doomsday Cult”, this report notes, the Russian Federation has joined the bloc of nations representing nearly half of the world’s population called the “Group of Friends in Defense of the Charter of the United Nations”, all of whom have united to try to revitalize the anti-war essence of the UN Charter—though important to notice is that this effort for peace comes at the same Biden is grimly signaling his intention to keep the endless war in Afghanistan ongoing—and whose beyond all belief reason for keeping this needless war ongoing, is because leftist US military leaders are concerned that ending America’s longest running war might cause women’s rights in Afghanistan to “go back to the Stone Age”.

As to when America’s longest war in history changed from being one against terrorism to one protecting women’s rights, this report details, no one even knows—neither is it known how many Americans want their family members’ lives to sacrificed to protect women’s rights in foreign lands—neither is it known how many other wars Biden and his socialist “Doomsday Cult” will start to protect women’s rights—and most critical about when noticing, sees no one in the world even knowing who these demented socialists in America mean when they talk about women, most particularly because they say men and boys are women too—but is socialist insanity that fully explains why after the US Navy released its shocking report this week showing its ships and submarines are rapidly deteriorating, it was followed by Biden ordering an immediate halt to all US Navy operations—a halt of all operations not to repair anything, but was an “extremism stand-down” so sailors could be indoctrinated with radical leftist training. 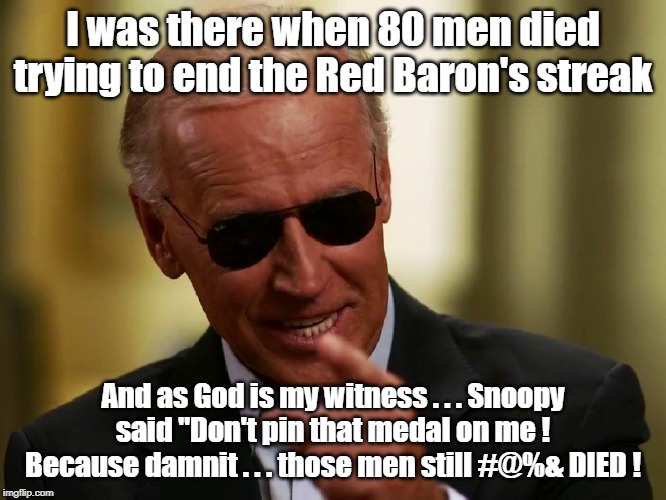 In order to ascertain if a Russian nuclear strike, or threat of nuclear strike against Biden and his socialist forces to force them into reexamining the 2020 election under international supervision would be successful, this report concludes, it first bears noticing that the precedent of using military power to change a corrupted election has already been established by the United States in countries such as Ukraine, Syria, Egypt, Afghanistan and Libya, to just name a few—and in using the exact standard employed by the United States to interfere in another country’s election by military force, sees them being more than met in the 2020 US Presidential Election—whose blatant outright theft of from President Trump still sees 82 court cases total, 18 of which are still active—in election cases being heard Michigan, Wisconsin and Virginia sees courts ruling that absentee ballot procedures imposed by Democrats violated state laws—and most critically important to notice, is that every single US Federal Court, to include the US Supreme Court, refused to hear any election case, look at the evidence, or rule on their merits—an outrageous affront to the rule of law and democracy fully known about by the over half of the American people who voted for President Trump—all of whom, it can be safely assumed, would support Russian nuclear military might restoring President Trump to power in order to save their Christian nation from Biden and his socialist “Doomsday Cult”.