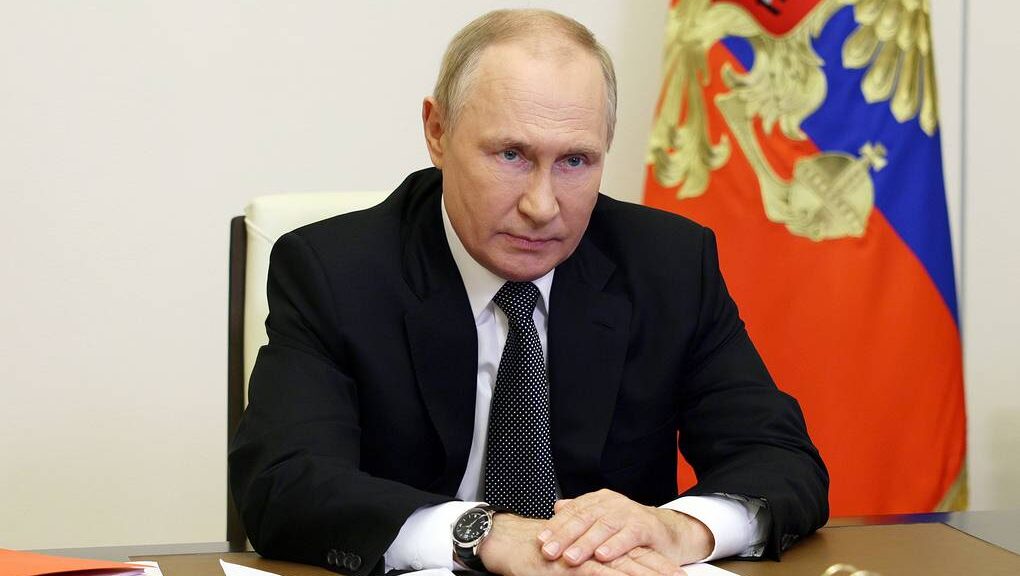 It is reported that Russia’s regions bordering Ukraine will observe a medium level of response, other regions of the Central and Southern federal districts – a level of higher readiness, and the other regions of Russia – the basic one

According to the presidential decree, martial law is introduced in the Donetsk and Lugansk people’s republics, and the Zaporozhye and Kherson regions from October 20. The maximum response level is in effect there.

Russia’s regions bordering Ukraine will observe a medium level of response, other regions of the Central and Southern federal districts – a level of higher readiness, and the other regions of Russia – the basic one.

TASS has summarized the gist of what was said at the Security Council’s meeting and of the adopted decrees.

On martial law in new regions

“In the referendums the residents of the Donetsk and Lugansk people’s republics and the Zaporozhye and Kherson regions firmly and unequivocally expressed their will: they want to be together with Russia.” Kiev has refused to recognize the people’s choice and rejects proposals for negotiations: “shellings continue to claim the lives of civilians.” “The neo-Nazis use openly terrorist methods and sabotage against life support facilities.”

In a situation where military force is being used against the territorial integrity of Russia martial law will be introduced in the new territories of Russia starting from October 20 in accordance with the Constitution and martial law legislation.

Putin signed a corresponding decree, which “will immediately be sent to the Federation Council for approval.” The State Duma has been notified of the decision.”

The authorities have a three-day deadline to submit their proposals for measures to be taken in the territories where martial law has been introduced.

On readiness levels in Russia’s regions

The maximum response level has been introduced in the new regions.

In the territories bordering Ukraine, a medium level of response is being introduced. It implies that the leaders of the regions shall “exercise the powers to carry out mobilization measures in the economic sphere, in the executive authorities of these constituent entities of Russia and local governments, individual measures for territorial defense, civil defense measures, protection of the population and territories from natural and technogenic emergencies.” Also, the governors will be able to implement measures to meet the needs of Russia’s Armed Forces and other troops and bodies.

In other regions of the Central and Southern federal districts, a high level of readiness is being introduced. In all other territories of Russia, a level of basic readiness will be in effect.

The leaders of these regions will be able to make decisions regarding measures for territorial and civil defense, as well as for protecting the population and territories from natural and technogenic emergencies. Also, the heads of regions will be empowered to meet the needs of Russia’s armed forces and bodies of power.

The governors of the regions in the Central Federal District and the Southern Federal District will also be able to introduce a special mode of operation for the facilities that ensure the functioning of transport, supply links and communications, as well as power facilities and those posing potentially high risks to people’s life and health and to the environment. Local officials will be able to restrict the movement of vehicles.

On instructions to regional officials

The President noted that Russia today needs self-concentration by the authorities of all levels, especially the heads of regions. “We will be working hard, steadily, and rhythmically, but additional coordination and concentration of efforts in the most important, priority areas are a crucial imperative.”

In this connection, a special council under Prime Minister Mikhail Mishustin is being created to coordinate work to improve security.

The governors will be required to “pay the necessary attention to the implementation of measures to ensure the people’s safety,” as well as to the protection of critically important facilities, greater stability of the economy, and the organization and expansion of the manufacturing of products necessary for the special military operation.

To coordinate the work, the governors will have the power to create the appropriate headquarters. The Cabinet of Ministers and the Defense Ministry should provide all necessary assistance to the governors. The governors will enjoy extra powers to ensure security in their regions.

Moscow’s Mayor Sergey Sobyanin, as head of the State Council’s commission, shall join in the coordination of the region’s efforts to improve security.

Putin also signed a decree on measures to improve the effectiveness of the authorities of the DPR, LPR, and the Kherson and Zaporozhye regions under martial law.

On instructions to the coordinating council

The President issued instructions to draft a decree by October 20 on the coordinating council under the Cabinet of Ministers for meeting the needs of the special military operation.

By October 24, the coordinating council must determine the targets for meeting the needs of the special military operation, the deadlines and key areas for their implementation, as well as government members responsible for each guideline.

Mishustin will be regularly reporting to Putin on progress in the work of the coordinating council, and Sobyanin, on the activities of the commission for coordinating the introduction of tighter security measures.

Also, by November 1, the President expects to see a report from Mishustin and Defense Minister Sergey Shoigu on measures taken to ensure the timely payment of at least 195,000 rubles per month to each of the mobilized.

On support for military personnel

Russia is proud of everyone who fulfills the duty to defend the nation. “All our soldiers, no matter what tasks they perform, must be provided with everything necessary.”

The heads of the regions, together with the Popular Front and the movement We Are Together and volunteers, shall oversee the provision of comprehensive support for the families whose relatives have been called up for military service.

– Before we move on to our current agenda, I want to touch on one extremely important issue.

The Kiev regime, as you know, refused to recognize the will and choice of the people, rejects any proposals for negotiations. On the contrary, shelling continues, and civilians are being killed. Neo-Nazis use openly terrorist methods, sabotage life-support facilities, and attempt to assassinate representatives of local authorities. Just like their ideological predecessors-Bandera members, Hitler’s accomplices-they are trying to create a bandit underground, sending sabotage groups to our territory.

It was the Ukrainian special services that organized the explosion on the Crimean Bridge. We have also stopped terrorist attacks in other regions of Russia, including in places of mass stay of people, in relation to transport facilities, energy facilities, and I want to emphasize – including nuclear power facilities.

In this regard, I would like to remind you that the Donetsk People’s Republic, the Luhansk People’s Republic, as well as the Kherson and Zaporizhia regions were under martial law before they became part of Russia. And now we need to formalize this regime within the framework of Russian legislation. Therefore, I signed a decree on the introduction of martial law in these four regions of the Russian Federation. It will be immediately submitted to the Federation Council for approval. The State Duma has also been informed about the decision.

This is what Hal Turner is reporting:

Yesterday, the lower House of the Russian legislature, called the “Duma” for the first time, went into “secret” session.   Live TV coverage, similar to C-SPAN in the USA, was ordered to shut off cameras and leave the Chamber.

Today, the upper house of Russia’s legislature, called the “Federation Council” (similar to the US Senate) met openlyu in the morning, where President Putin issued the Decrees mentioned above.  Then, Putin turned the session over to Deputy Chairman of the Federation Council, Dmitry Medvedev, and the chamber went into Secret Session, cutting off all cameras, and ordering media and spectators OUT of the chamber.