A comprehensive new Security Council (SC) report circulating in the Kremlin today first noting the warning issued by the Ministry of Defense (MoD) that US-backed Islamic militants are plotting a provocation using toxic agents in Syria’s Idlib Province, says this warning quickly followed Syrian Minister of Oil and Mineral Resources, Bassam Tohme, revealing that the total losses in the direct and indirect oil sector in Syria have exceeded $92-billion due to the Americans and their followers acting as pirates in targeting Syrian oil wealth.

A warning and revelation that in past normal times would have initiated urgent diplomatic and military talks between Russia and the United States to forestall an escalation towards war—but due to Supreme Socialist Leader Joe Biden refusing to hold a live televised talk with President Putin in front of the world to explain his dangerous and unhinged war rhetoric, sees this option being no longer available—and though after his refusal Biden said “I’m sure we’ll talk at some point”, this will never happen as President Putin has accepted the guidance of top Russian diplomatic expert Fyodor Lukyanov to immediately freeze all relations with the United States as any further engagement with Biden is pointless for now—with Lukyanov exactly advising President Putin:

Recalling Russia’s ambassador back to Moscow for consultations was a natural step – but that’s not enough.

A more reasonable approach would be to freeze Russia-US relations with the exception of some essential ‘technical-level’ aspects.  Most importantly, we must prove the US wrong in its conviction that it can act recklessly in all but every aspect of diplomacy while maintaining a useful level of interaction in areas that are important to American national interests.

No, Mr. Biden, you cannot walk and chew gum at the same time.  Today, we don’t see any of that ‘serious’ or ‘long-term’ attitude.  And we watch the pillars of strategic stability (which used to be the foundation of stability in general) undergoing erosion before our very eyes.

The dialogue that has been expanding (or shrinking) over the last few years was not producing any new agenda – it was destroying the existing one.  The system of international relations is undergoing a truly fundamental shift, the result of which remains unknown.  Caution should be exercised.

Yesterday, to further notice, Russian Ambassador to the United States Anatoly Antonov thanked the US citizens who had sent to the Russian Embassy letters expressing support for friendly Russian-US relations and apologizing for Washington’s ill-considered moves towards Moscow, with his stating: “I am deeply touched by the caring and active position of ordinary Americans who understand that dialogue between our countries should be based on mutual respect and equality…This approach of US. citizens indicates that a potential for normalizing ties between the peoples of Russia and the United States is still there…I hope that the Administration will heed the voices of the voters and discontinue its course aimed at further devastation of the already excessively confrontational relations”—and saw this statement of thanks being followed by famed American conservative news host Candace Owens posting a Tweet to her nearly 3-million followers saying: “I am asking ALL of my followers to RETWEET this: For obvious mental health reasons, @JoeBiden has declined a public discussion with @KremlinRussia…I would like to publicly invite Vladimir Putin sit down with me for a wide-ranging interview on @thecandaceshow”.

Mental health issues Biden further displayed yesterday when he couldn’t even walk up the stairs of Air Force One without falling over THREE times, though most dangerously he put on full display for the Communist Chinese—a shocking display of mental illness that began when a deranged sex addict gunned down 8 innocent people in Atlanta-Georgia, 6 of whom were Asian women, because he wanted to “eliminate temptation”—saw FBI Director Christopher Wray confirming that this vile killing had nothing at all to do with race—but then saw mentally ill Biden ignoring this reality to claim this killing was racially motivated and saying “We Cannot Be Complicit”—after which his second-in-command socialist leader Kamala Harris, standing right beside him, astonishingly declared “Racism is real in America, and it has always been”.

Occurring at the same time Biden was putting on this full display of mental illness to change reality; his top diplomats were holding the first meeting with their Communist Chinese counterparts in Alaska—a meeting wherein even the leftist Washington Post had to honestly report “the Biden administration gets a taste of China’s ‘wolf warrior’ diplomacy”—saw the Chinese saying their meeting with Biden’s diplomats had a “Strong Smell of Gunpowder and Drama”—then saw the Chinese directly telling Biden: “The US Does Not Have the Qualification to Speak to China From a Position of Strength”—and to the true and lasting damage mentally ill Biden has wrought on his own country this week alone, sees it being best described in the article “Biden and Blinken’s Unprovoked Attacks On Russia And China Backfire…Because If You Live In A Glass House, Don’t Throw Stones”, that says: “The collapse of what passed for a coordinated position of diplomatically confronting both Russia and China has left the US scrambling to navigate through the detritus of its own policy shipwreck”.

With Finland suspending the AstraZeneca vaccine despite European regulators saying it is safe and effective, it bears grim notice that the European Commission warned yesterday that a third wave of COVID-19 is “on the horizon” in Europe—a warning that was quickly followed by German Health Minister Jens Spahn stating that there are not enough vaccines in Europe yet to stop a third wave of the pandemic—all of which is coming at the same time it’s further being warned that this pandemic may have left over 250-million people with acute food shortages in 2020.

Today, in fact, South Sudan faces life-threatening food shortages as its harvests fall by 50%, and both Lebanon and Myanmar have run out of food—though to fully comprehend the historic magnitude of this growing global crisis, one need only read the seemingly innocuous report “Food Price Surge Is Unlikely to Revert”—a report released this week by the Dutch multinational banking and financial services giant Rabobank, that is the global leader in food and agriculture financing and sustainability-oriented banking—but whose beyond fearful findings are being described in articles like “On The Verge Of A Global Crisis: One Bank Warns Of A “Biblical” Surge In Food Prices”.

On the day Rabobank released their actual food price doomsday findings, Russia was able to announce that it become a net exporter of food for first time in post-Soviet history—and to protect the Russian people, the Kremlin introduced an export limit and a tax hike on exports of grains in an effort to keep excess supplies at home to prevent domestic food prices from rising.

With the entire South Western growing region of the United States experiencing one of its worst droughts in history, however, Biden further displayed how actually mentally ill he is by signing into law the socialist monstrosity called a COVID relief bill—wherein is buried “Section 1005”, which astonishingly bans all white farmers in America from receiving US government aid—and for what these unsuspecting Americans living under tyrannical socialist rule can expect in the near future, should see them urgently reading and heeding such warning articles like “’Things Are Out Of Control’ – There Is A Shortage Of Everything And Prices Are Soaring: What Happens Next”.  [Note: Some words and/or phrases appearing in quotes in this report are English language approximations of Russian words/phrases having no exact counterpart.] 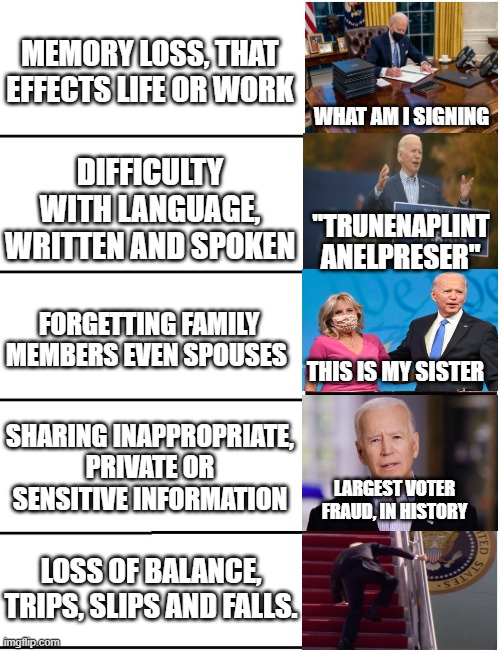 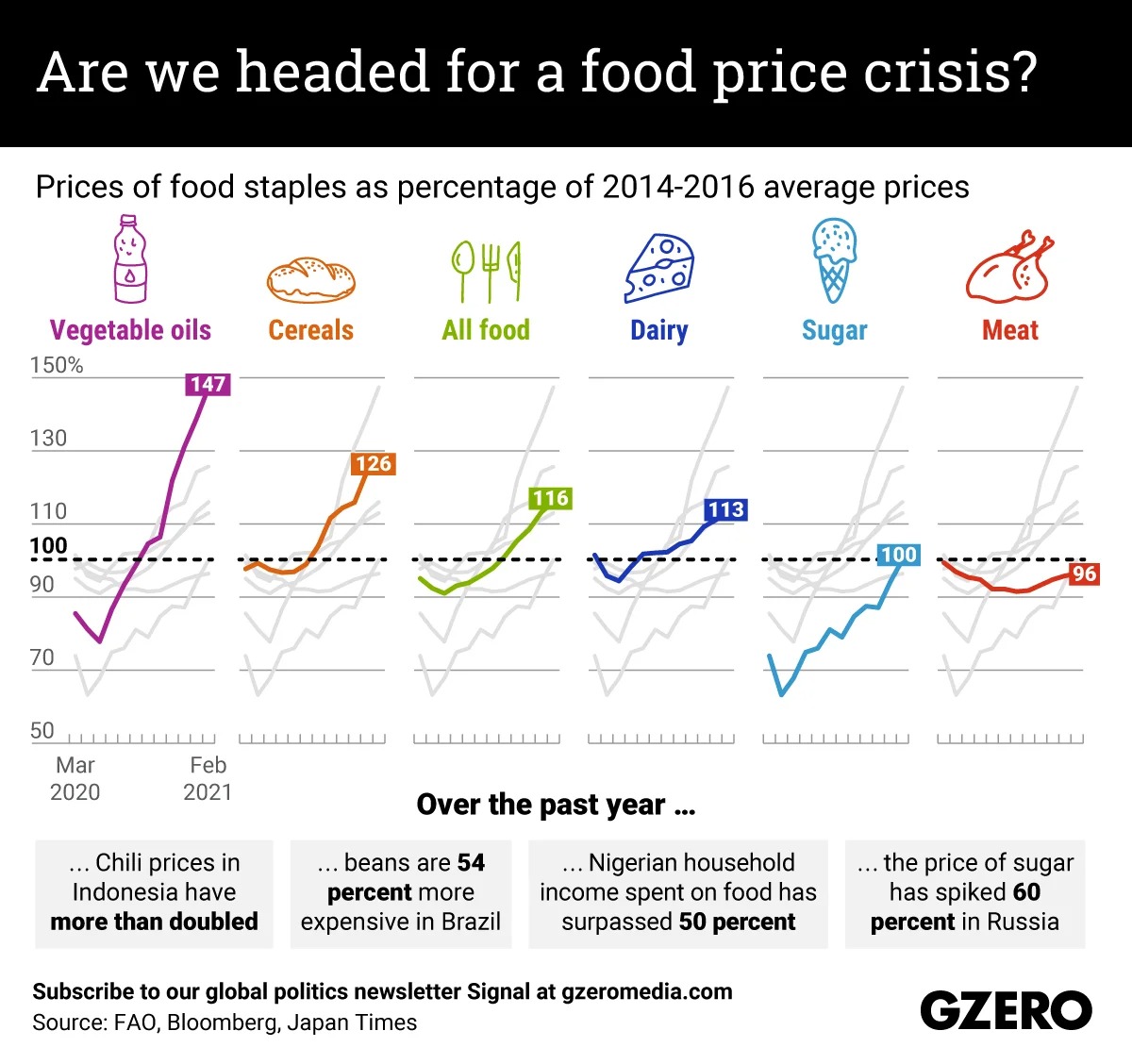 American people to experience the greatest food price crisis in history while being led by an actual mentally ill socialist idiot.