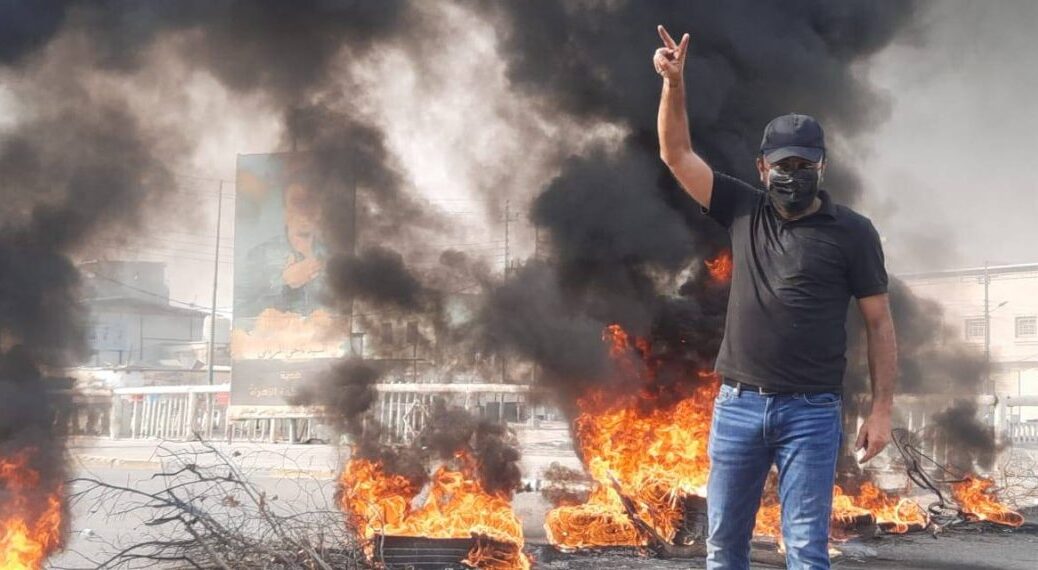 Burn your electricity bills in Italy

The EU has been shocked by Russia’s decision to shut down the Nord Stream natural gas pipeline indefinitely with Western analysts warning of social unrest and even civil strife in European countries!

Bloomberg emphasizes that  Russia’s decision to stop natural gas supplies through Nord Stream 1 represents a significant escalation of the energy crisis in Europe.

Diplomatic sources said that we are now entering the most critical juncture of the dispute with Russia and this is because all countries are taking into account that the fear of intense social unrest across Europe due to the accuracy is now evident.

And mainly because the patience of the European citizens is running out and the risk that they will start questioning the sanctions against Moscow is constantly increasing.

“Germany and Norway, two of the wealthiest nations in Europe, are among the countries facing disruptions to daily life that in some countries could lead to civil unrest.”

That’s according to an analysis by risk consultancy Verisk Maplecroft, whose new Civil Unrest Index report revealed that more than 50 percent of 198 countries saw an increase in political unrest last quarter.

“The world is facing an unprecedented increase in civil unrest as governments of all countries grapple with the effects of inflation on the price of staple foods and energy,” said principal analyst Torbjorn Soldvedt.

“The data, covering seven years, show that in the last quarter in many countries the risk of civil unrest increased more than at any time since the Index was launched,” he noted.

Soldvedt said the worst is yet to come.

“With more than 80% of countries around the world experiencing inflation above 6%, socio-economic risks are reaching critical levels. Almost half of all countries in the CUI are now categorized as high or extreme risk, and a large number of states are expected to face further deterioration over the next six months.”

Countries at extreme risk of protests include, perhaps unsurprisingly, Germany, Ukraine, the Netherlands, Switzerland and Bosnia and Herzegovina.

According to Verisk Maplecroft’s report, wealthy governments that can “spend their way out” have a good chance of surviving the turmoil.

Those without the funds to pay to protect citizens from excessive energy prices may end up paying with their seats.

In Italy they are burning electricity bills

Finally the natural gas from Russia

Gazprom announced a while ago that it is completely stopping the flow of natural gas to Europe through Nord Stream due to a technical problem.

As he claims during a routine check an oil leak was detected. In fact, the company also presented a photo of the damage. With this data he claims the turbine cannot be operated safely. The announcement did not give a timetable for when it would be able to restore the Nord Strem pipeline.

Moscow insists that sanctions, imposed by the West after Russia invaded Ukraine, are preventing routine maintenance work on Nord Stream 1. Brussels says this is a pretext, arguing that Russia is using natural gas as an economic weapon to retaliation.

The complete shutdown of natural gas in Europe for an unspecified period of time risks leaving the Old Continent unprotected in the coming winter. Analysts believe that this move on the part of Russia has nothing to do with the technical reasons it cites but with a strategic move against the plans of the West.

“Nord Stream, the main pipeline for the supply of natural gas from Russia to Europe, has been operating with restrictions since mid-June and since the end of July has been operating at only 20% of its capacity, which amounts to almost 170 million cubic meters the day. Moscow stressed that the reduction in supply is solely due to the sanctions, which have caused problems in the maintenance and repair of Siemens gas compressor units.

In a statement, Gazprom said that “a leak of engine oil mixed with sealant was detected at the terminals of the low and intermediate pressure rotor speed sensor cables” in the turbine during this maintenance work.

“Until the repair (…) natural gas transport through Nord Stream will be completely suspended, ” the group said.

It is noted that Gazprom received a warning from the Russian technical control regulatory authority (Rostekhnadzor) about a turbine failure. The pipeline will not operate until the damage is repaired, according to the observations. No specific time frame was given.

According to Gazprom’s announcement, the engine oil leak was detected in the main gas turbine at the Portovaya compressor station, near St. Petersburg.

It said in a statement that the turbine cannot operate safely until the leak is repaired and gave no timetable for resuming gas supplies through the pipeline, which was due to resume operations in the early hours of Saturday after a three-day outage. maintenance.

“Gazprom sent a letter about the Nord Stream pipeline engine failures and the need to repair them to Siemens,” the Russian news agency reported.

“Gazprom stopped the operation of the only remaining turbine of the Nord Stream pipeline on August 31. The suspension of its operation for three days was necessary “to carry out maintenance and scheduled preventive maintenance work”.

Gazprom cited Siemens, which reportedly said the necessary repairs could only be made “in the conditions of a specialized workshop.”

The plan provides for “penalties”

The finance ministers of the Group of Seven economically powerful Western countries (G-7) reached an agreement on the imposed ceiling on Russian oil prices.

The initial price ceiling will be determined by a combination of many technical elements and will be higher than Russia’s production costs so as not to stop exports. The cap will be reviewed if conditions change.

The plan foresees “penalties” for countries and companies that do not comply, such as banning the provision of insurance services and financing.

Particularly negative will be the effects on Greek-owned shipping, which is the main transporter of Russian oil exported across the sea.

“We reaffirm our shared political intent to finalize and implement a comprehensive ban on the provision of services enabling the maritime transportation of Russian-origin crude oil and petroleum products worldwide,” the G-7 finance ministers’ joint statement said. “The provision of such services will only be permitted if oil and oil products are purchased below the price ceiling.”

It remains unclear how effective the cap might be, given that some of Russia’s biggest buyers have not agreed. India is reluctant, as its industry worries it could lose a competitive advantage if other buyers don’t comply and buy Russian crude at a discount.

In order to apply the ceiling and the “penalties” to the violators, the member states of the European Union must be persuaded to amend the sixth package of sanctions on Russia. That could prove difficult, Bloomberg points out.

Buy a new kettle to save money, Boris the Clown suggests

During his speech, Mr Johnson compared the benefits of nuclear investment in reducing energy bills to buying a new kettle.

He said: “If you have an old kettle that takes ages to boil, it may cost you £20 to replace it. But if you get a new one you will save £10 a year every year on your electricity bill.”

As the Titanic goes down

Scenes from the European parliament