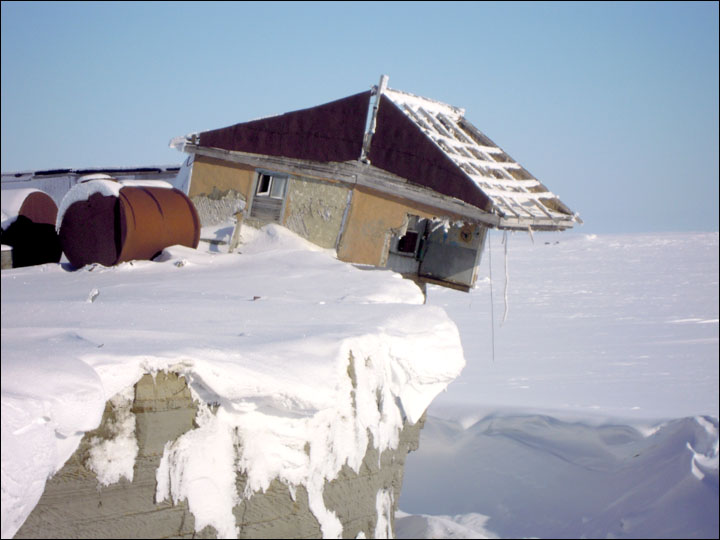 Northern territories ‘will become arable farmland in 20-to-30 years’, and will have to adapt – fast.

‘Every such region understands what’s coming to it in 20, 30 years. It’ll stop being northern (climate-wise), or it will suddenly turn into a clearly agricultural’, Alexander Kozlov said in an interview to Russian business news outlet RBC.

The minister believes that the regions should be able to adapt to this fast-changing situation.

If true, an enormous amount of new agricultural land could come Russia’s way: but how easy it would be to convert this to viable farmland is hard to know.

Russia has a vast Arctic zone, spreading about four million square kilometres along its northern border from the west to the extreme east.

Almost 60% is permafrost, which means that the mainland’s subsoil underneath the frozen layer has never been studied.

Russian permafrost area is also the world’s biggest reservoir of organic carbon, which converts into a greenhouse gas including methane once it thaws.

‘Comprising up to 500 gigaton of organic matter like roots of ancient grass, bushes and trees, plus the remains of animals – this is permafrost in Yakutia alone, and by its estimated weight it is heavier than all currently growing Earth’s biomass,’ said Nikita Zimov, director of the Russian North-Eastern Scientific Station near the port town of Chersky in the extreme north of Yakutia.

Back at the end of 2019, Russia’s Ministry for Development of Far East and Arctic estimated the country’s annual loss due to thawing permafrost at an astonishing 50 to 150 billion roubles ($676 million to $2.03 billion).

‘The scale is very serious indeed, as pipes are blowing up, piles are collapsing’, he said.

Another warning about the upcoming large-scale thawing of permafrost came from a group of Russian experts who follow the effects of changing climate.

Even if the global warming will be contained at a level significantly lower than 2 degrees Celsius, still three to four metres of permafrost will thaw by 2100’, they said in the report.

Should the emission of greenhouse gas continue to grow, then up to 70 percent of the permafrost can be lost, the experts said.

I have posted this before. It is the most important headline and a warning of what is to come.

Ice on fire: first wildfires are registered around the world’s Pole of Cold in Yakutia

Could burning ground in an area as extremely cold as Oymyakon be caused by zombie fires?

The emaciated predator was stealing dog food and attacking villagers hours before it was snared.

A young polar bear, likely female, was lured into a specially-made cage by a stack of fish splashed with fish oil after it held a village of Dzhebariki-Khaya under a brief siege.

Residents were asked to keep children at home after the polar bear was seen stealing dog food, sleeping in backyards, and attacking local men who were trying to scare it away.

Finally the bear was caught in the evening of 11 May.

‘This is an absolutely unique case, the first in the history of Russia and Eurasia when such a rare species from the Arctic habitat went this far south into the mainland. There is no explanation into why this happened yet’, said Roman Smetanin, head of Yakutia’s BioResources directorate who took part in the bear-hunting operation.

Mass deaths of reindeer on Yamal peninsula might be linked to climate change, scientists believe

Thousands of domestic and wild animals perished because they couldn’t get to forage locked under ice.