The headline makes no sense whatsoever but may be a problem with the translation.

They came out of the catacombs and a barrage followed

Russia has launched an unprecedented attack on the Azovstal plant in Mariupol, leaving several dozen Azovites and Ukrainian soldiers dead in a counterattack.

The Russian Ministry of Defense confirmed that it had to bomb the steel industry with artillery, tanks and the Air Force.

The videos are characteristic of the power of the attack.

“Contact with the Azovites has been lost,” says the mayor of Mariupol

“Fierce fighting” is taking place at the Azofstal steel plant in Mariupol, Mayor Vadim Boichenko said shortly after Moscow initially said it had not launched an attack on the plant, where Azovites and Ukrainian fighters have been fortified.

“We lost contact with the boys. “We can not know what is going on there, whether it is safe or not .

As he said, “heavy artillery, tanks (and) air force” are involved in this Russian attack as well as “ships that approached” the shores, as the Azovstal region is located along the Sea of ​​Azov.

“Our boys are brave and defending the fort, but it is really difficult,” he told Ukrainian television, adding that “having held the enemy for weeks, the last fighters fortified in the basements of the huge Azofstal metallurgical complex” allowed save time “.

Russia: They have big losses – We bombed them

“A ceasefire was declared, civilians had to be evacuated from the territory of Azofstal. Ukrainian soldiers and Azov (battalion) at the factory took advantage of it.

Azov fighters attempted to leave the catacombs and disperse to firing points and observation posts. ” After dispersing, they opened fire on Donetsk fighters and the Armed Forces of the Russian Federation, which were located on the perimeter of the factory ,” the Defense Ministry added in a statement.

“Now units of the Russian army and the Donetsk People’s Republic, using artillery and air force, are beginning to destroy these firing points,” the Russian ministry said in a statement.

Immediately after the withdrawal of the civilians, artillery and air strikes began. As a result, an underground fuel and lubricant depot used by the Ukrainian armed forces and foreign mercenaries, including for the use of diesel generators, was destroyed.

Air raids hit targets in the southern part of the metallurgical plant. There, the fighters tried to organize a fortified area by developing various firearms, including anti-tank and other weapons.

After the intensive use of artillery and aviation, the activity of enemy fire on the territory of the Azovstal plant was suppressed.

The fighters suffered significant losses at the end of the day. Their attempts to put up any serious resistance at the moment ended in failure, because the survivors were again forced to resort to the catacombs. Of the 300, only 70 returned.

“We are under attack”

“It is true that the steel industry is under attack,” Sviatoslav Palamar, Azov’s deputy commander-in-chief, told the Associated Press .

Earlier, the Mariupol police chief said that the Russian army “has begun to invade the factory in many places.”

“If we run out of food, we will hit birds”

The supplies of the Azovites are being depleted, while efforts are being intensified to remove those inside.

“The bombing is uninterrupted by tanks and airstrikes are carried out every three to five minutes,” Sviatoslav Palamar, deputy commander of the Azov Battalion, told CNN yesterday.

“There are still civilians who have taken refuge in the factory, and yet the enemy continues to bomb.”

“I can not tell you for sure how many days we still have (supplies) but I assure you that we are saving a lot on water, food and especially ammunition ,” Palamar said. He added that the military forces share what they have with the civilians.

“If the worst happens and we run out of food, we will hit birds and do whatever it takes to endure,” he said. 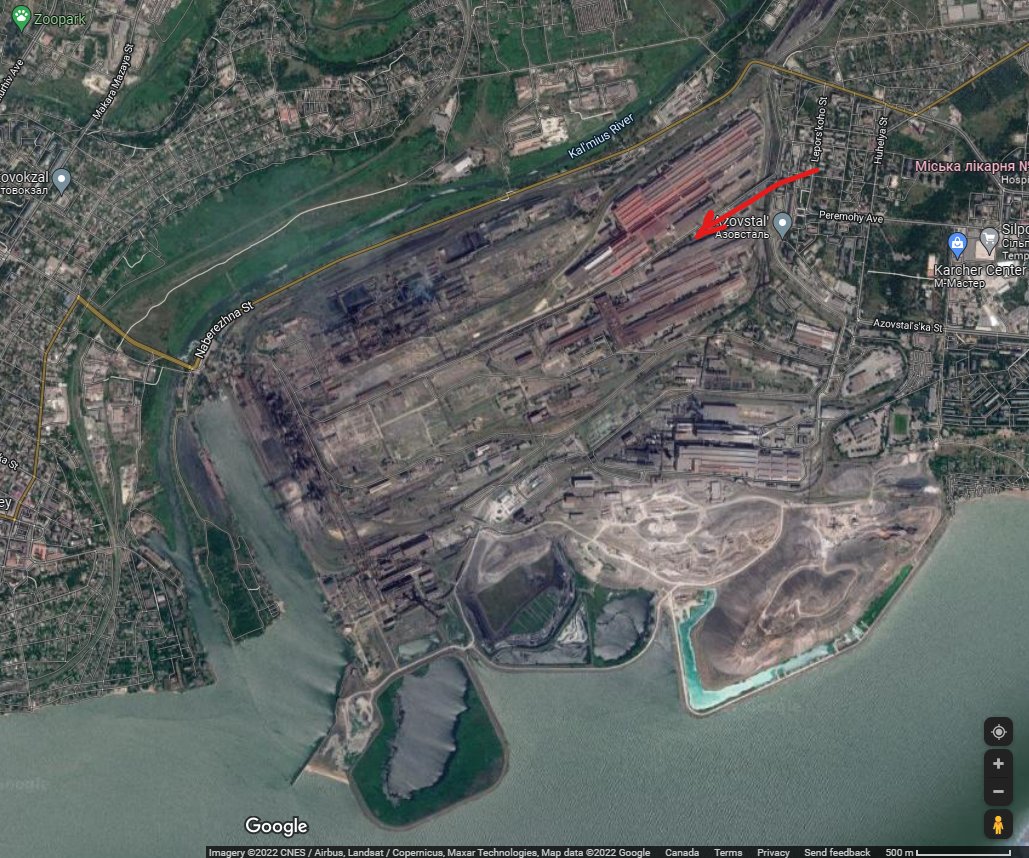