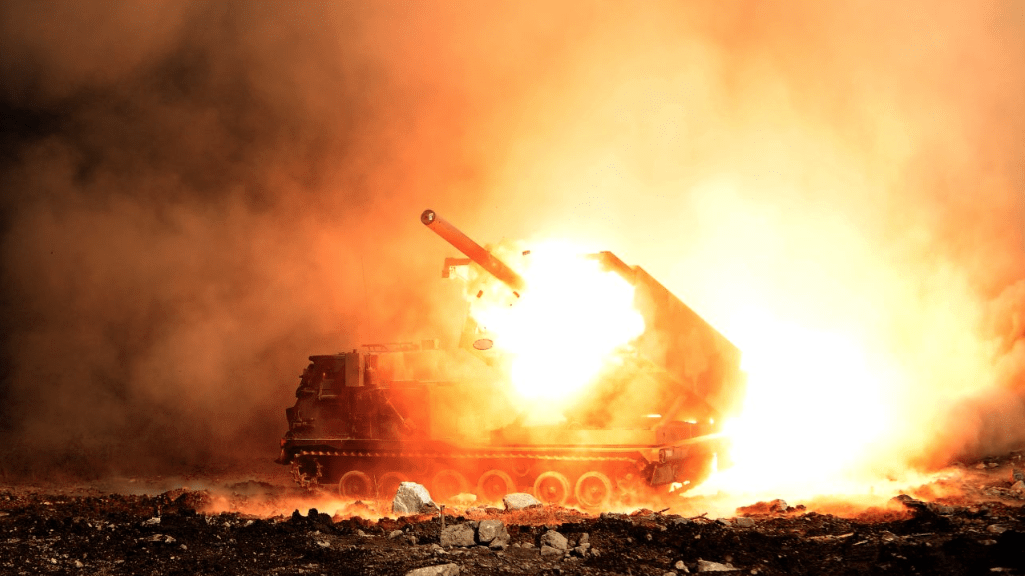 Is a global crisis starting? – Russia: “We are on the brink of immediate armed conflict with the US” – Russian base destroyed by HIMARS – 7 dead, 40 injured (vid)

A warning of “immediate armed conflict with the US and its allies” was addressed by Russia after the powerful blow received at Novaya Kakhovka by the MLRS HIMARS with coordinates given, according to the Russians, by an American satellite.

The mood is heavy in Moscow as the Ukrainians now often strike with HIMARS in Kherson, Lugansk and Donetsk. The Russians claim they are striking civilians and deep within cities with the apparent intention of terrorizing the population.

The Russians themselves are talking about a major disaster in the region. In addition to the Russian base which was destroyed, there are seven dead, 40 injured and many civilians trapped under the rubble, including children. There are also reports of several dead Russian soldiers and high-ranking officers.

“As a result of the strike of the Armed Forces of Ukraine in Nova Kakhovka, there are dead and dozens of wounded.

The market, hospitals and residential buildings were also damaged,”  said the head of the military-civil administration.

Sergei Mironov, called an emergency meeting of the UN Security Council in relation to the shelling of Novaya Kakhovka by Ukrainian troops.

“I propose to convene a meeting of the UN Security Council in connection with the bombing of Nova Kakhovka… The responsibility for this barbaric act of terrorism against the civilian population lies with Washington and its puppets from Kiev ,” he stressed.

Earlier, the head of the military-civil administration of the Kakhovka region, Volodymyr Leontiev, directly blamed the President of Ukraine Volodymyr Zelensky for the death of civilians in the town of Novaya Kakhovka in the Kherson region.

Characteristic of the strike is that this morning warehouses on Novaya Kakhovka were still burning and exploding. The facilities were hit on the night of July 11 by MLRS HIMARS.

“We are on the brink of open military confrontation”

“The United States and its allies are on the brink of an open military conflict with Moscow, which will be fraught with nuclear tensions,” Russian Foreign Ministry spokeswoman Maria Zakharova said today after the Kherson attack.

“Having escalated the Ukrainian crisis and unleashed a violent hybrid confrontation with Russia, Washington and its allies are teetering dangerously on the brink of an open military confrontation with our country, meaning immediate armed conflict between nuclear powers.

A confrontation would be fraught with nuclear escalation,” the statement said.

It is the first time Moscow has used such rhetoric.

“It is unacceptable to try to distort the logic of deterrence, on which Russia’s official statements on nuclear issues are based, for propaganda purposes, as well as to portray us as a country threatening to use nuclear weapons,” he stressed.

“We have taken into account the recent anti-Russian statements of Japanese Prime Minister Fumio Kishida, including his controversial statements on the issue of nuclear weapons. Its focus and tone is confusing. In particular, in order to justify the move to choose Hiroshima as the host city during the G7 summit, a remark was made that there was no better alternative than that city in a situation where “Russia’s use of nuclear weapons and nuclear threats are reality” , the statement added.

“Kyiv received coordinates for the US MLRS HIMARS strikes on the territory of the Kherson region from the United States. Three days before the strike, the Novaya Kakhovka area had been scanned by the American Worldview-2 satellite,” Russian media reported.

“According to reports, a US satellite scanned the Nova Kakhovka region on July 8, and on the night of July 11-12, a massive attack on the city was carried out by Ukrainian military formations using US-supplied HIMARS MLRS.

Earlier, the Pentagon had explicitly stated that it intended to provide Kyiv with information to strike targets on the territory of the “occupied” regions of Ukraine, so that “expensive ammunition” would not be spent unnecessarily.

The head of the military-political administration of the Kakhovka region, Vladimir Leontyev, compared the consequences of Ukraine’s strike on Novaya Kakhovka to an explosion in Beirut. According to him, the Ukrainians knew that there were mineral fertilizers in the warehouses that were hit, and they deliberately hit them to cause as much destruction as possible in the city.

“The magnitude of the destruction is extremely large… We have to dismantle the rubble. There are many people under the ruins,” he added.

According to local reports, an ammunition depot located at the Donetsk transport plant exploded.

Immediately afterwards there was smoke and secondary explosions in the Petrovsky district of Donetsk.

“The MLRS Himars system fired at least six missiles at the town of Stepano-Krynka, about 30 kilometers east of Donetsk. As a result of the strike, there are a significant number of injured and casualties.

Three people died and 39 were injured as a result of the attack by Ukrainian forces in Stepano-Krynka. It has been established that a settlement located southwest of Shakhtyorsk was fired upon by MLRS Himars, ” Russian war correspondent Yevgeny Podubny said. 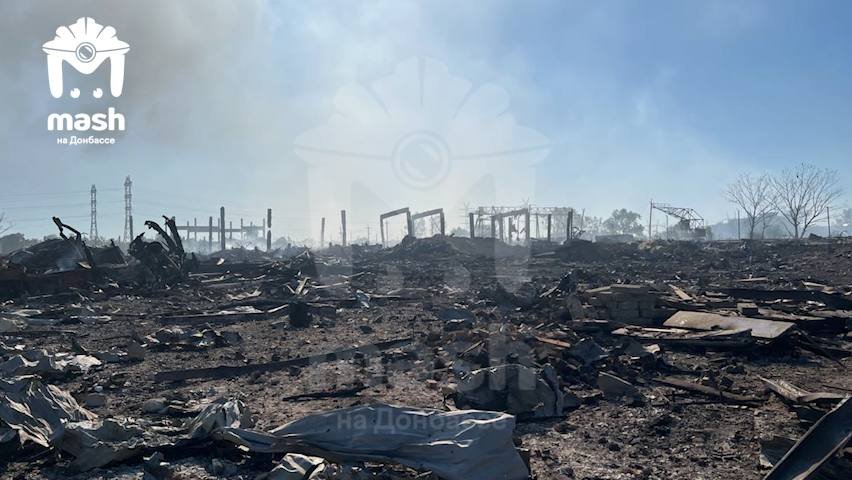 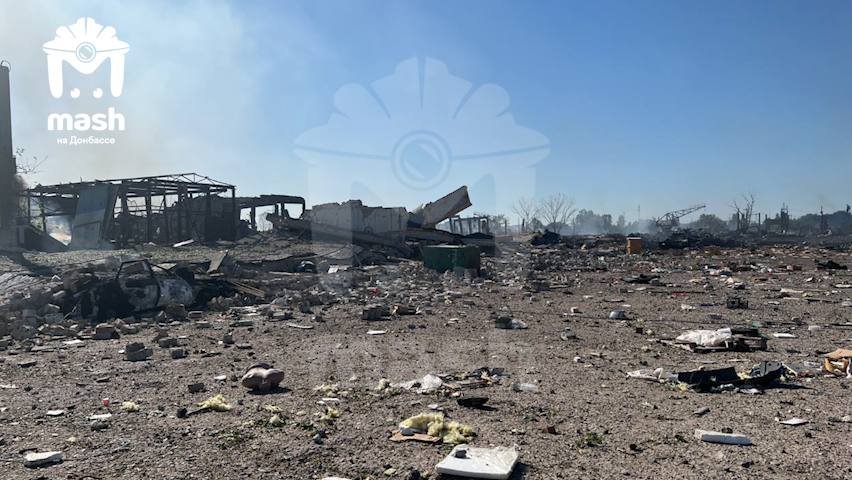 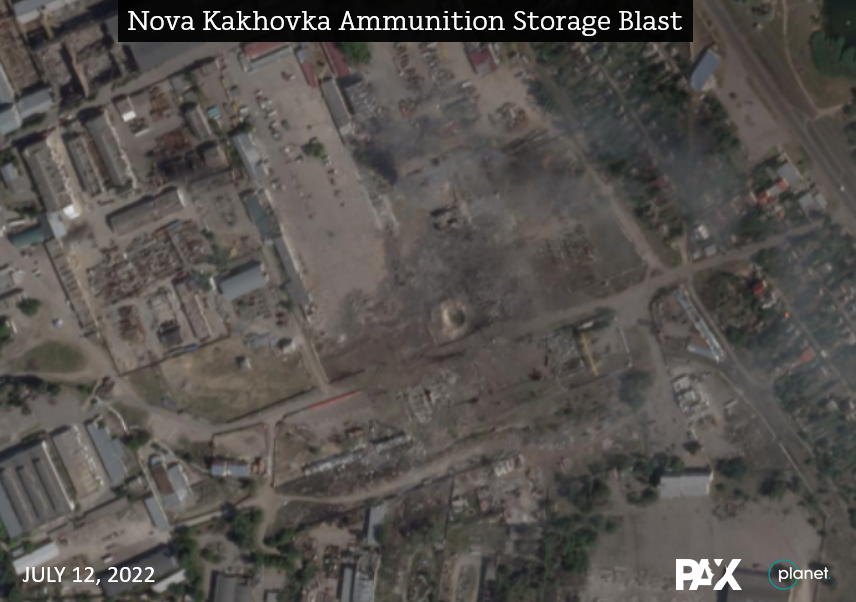 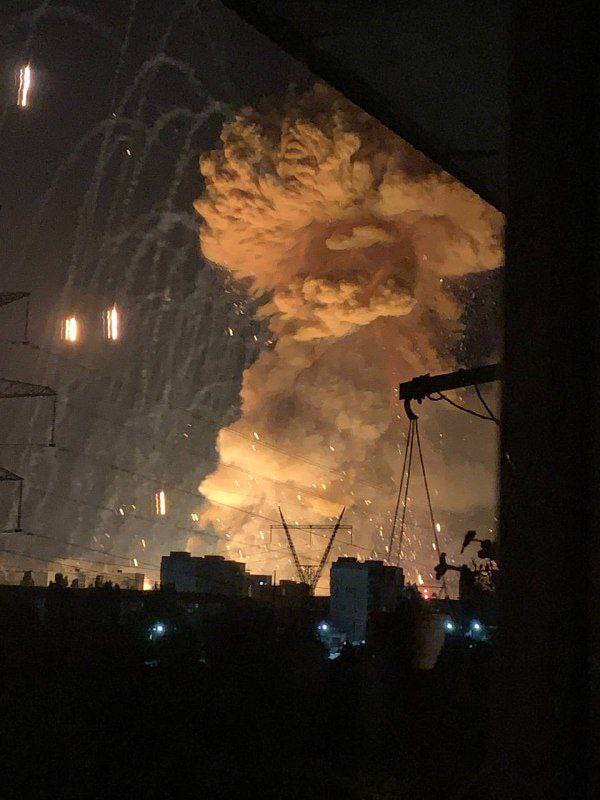