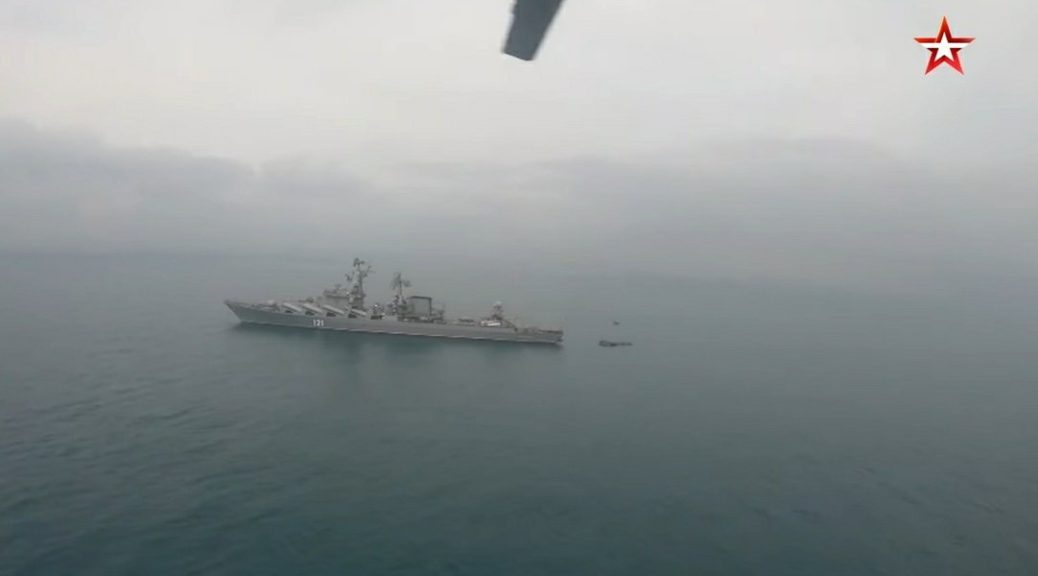 Ukraine will remain under the Russian “Damocles sword” for months

The art of “Maskirovka”, that is, the Russian deception, is characterized by the move of the Russian Minister of Defense to order the immediate retreat and return of Russian forces to their bases from the border with Ukraine, surprising everyone.

But is that so?

In fact, a very difficult period is beginning for Ukraine that will last for months. Ukraine is now under suffocating Russian pressure and under the “Damocles sword” of Russian invasion. The Kremlin did not just want to make the first move and is waiting for a good reason to invade. How long will a Ukraine withstand a naval and land blockade?

The order of the Russian Ministry of Foreign Affairs came as soon as the giant Russian exercise with the objective of creating an enclosed Ukraine was successfully executed.

The amphibious forces and paratroopers successfully executed the attack scenarios.

Escalation of the conflict: Two dead Russians and two Ukrainian prisoners – Russia does not recognize the Ukrainian EEZ (video)

The Order of the Russian Ministry of Defense S. Shoigu

An announcement that came immediately after the large-scale landing exercise with the aim of being one: Mariupol and Odessa.

From the 23rd of the month, forces from the Southern and Western Military Districts will return to their bases.

The goal of the mass military exercises has been achieved and the troops are returning, “ said the Russian Minister of Defense.

The Maskirovka of the Kremlin

International analysts are wondering how many forces will return to their bases. And that’s because:

Large-scale amphibious exercise in the Crimea

The order of the Russian YPAM S. Soingo came as soon as the large-scale exercise in Crimea was completed with 10,000 soldiers, 1200 vehicles and 40 ships.

2,000 Paratroopers performed jumps from 40 Il-76MD. The aim was to “invade” into enemy territory and occupy an enemy airfield in the rear of the enemy.

It was one of the largest paratrooper exercises in Russia, accompanied by large naval and air support forces.

“The paratroopers fell from a height of 600 meters with a strong wind. The strike force was covered by Su-27 fighters.

The entire operation was operated by the Russian AWACS A-50U and the Il-22-SURT Command and Control Center. 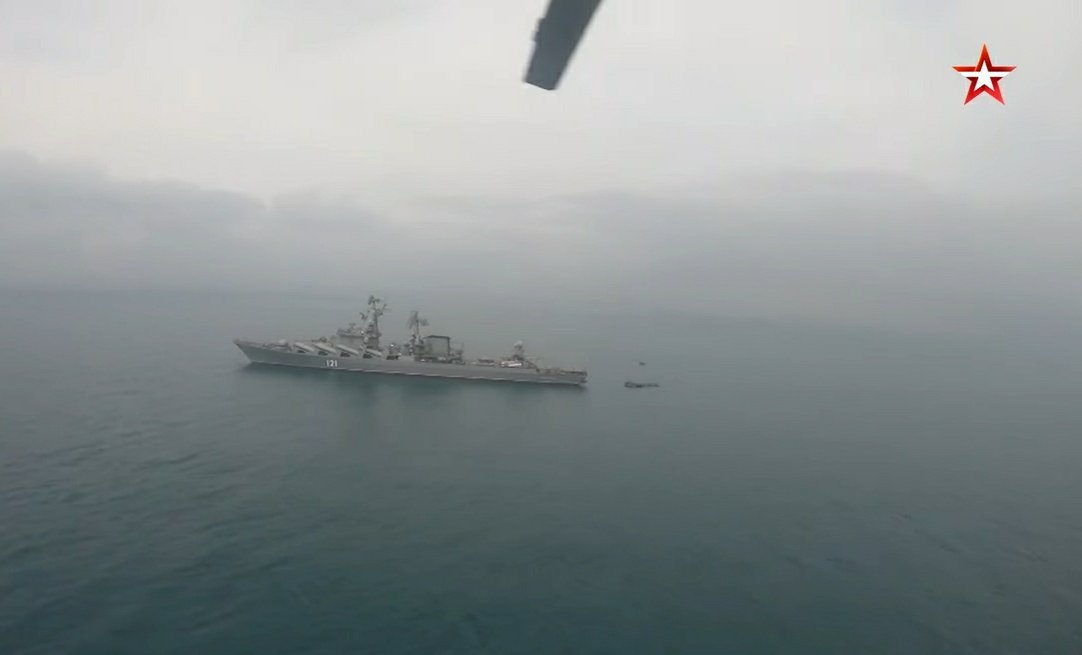 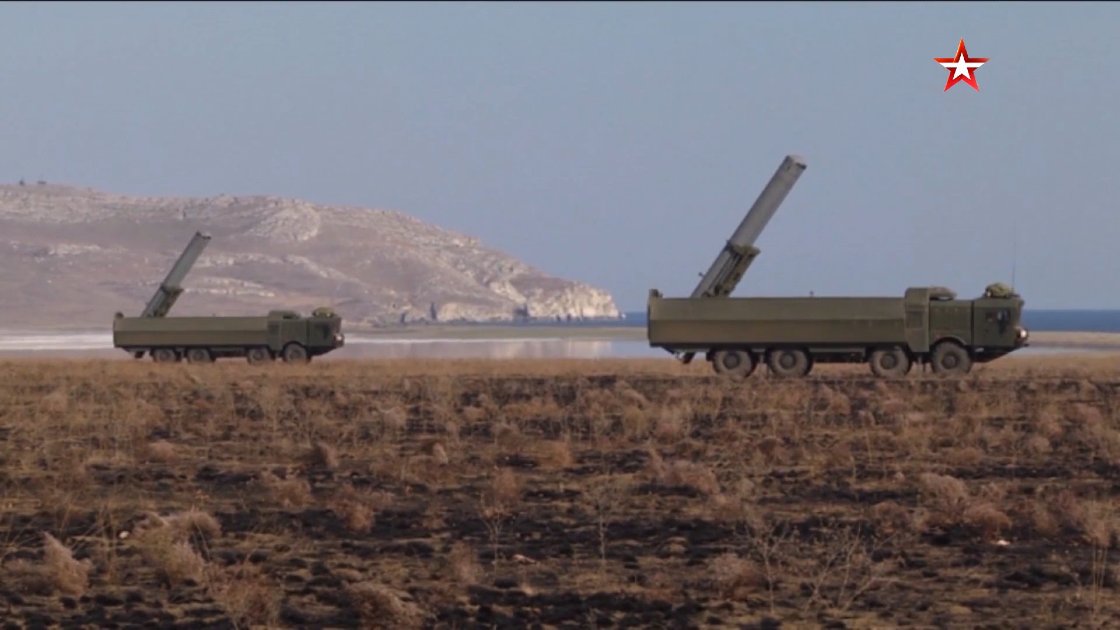 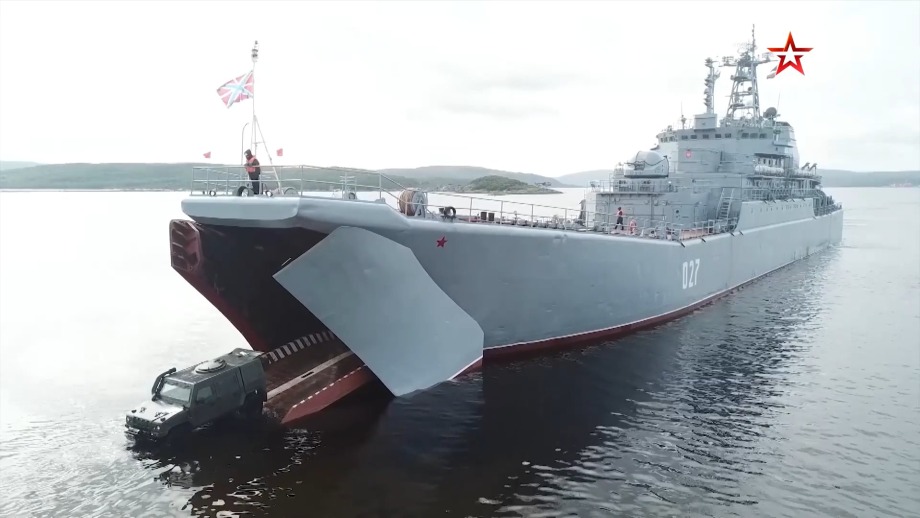 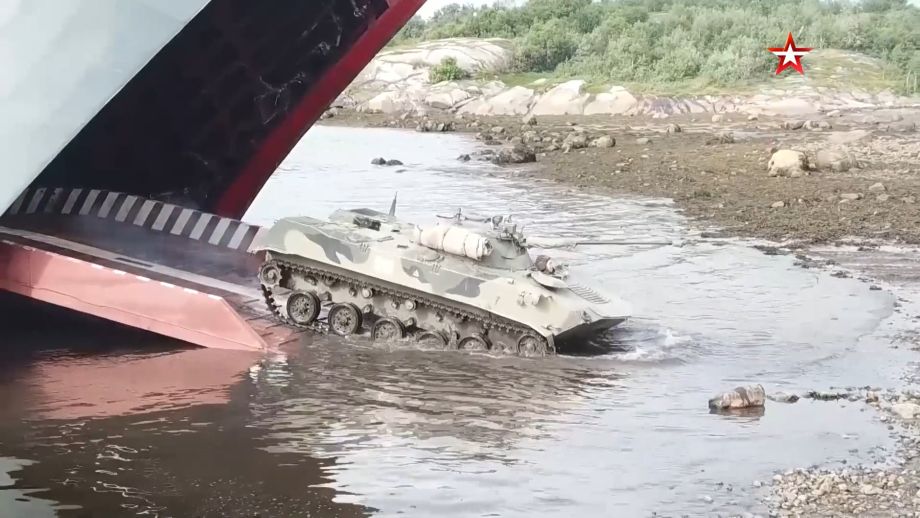 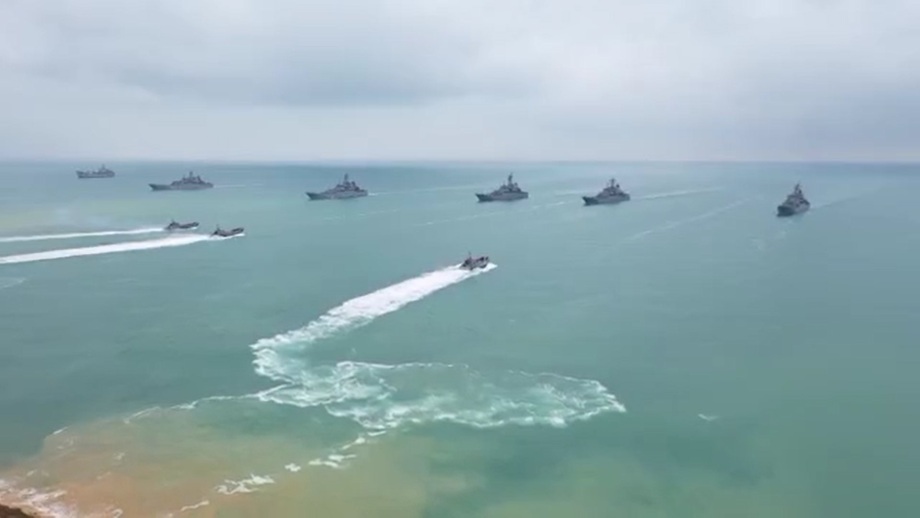 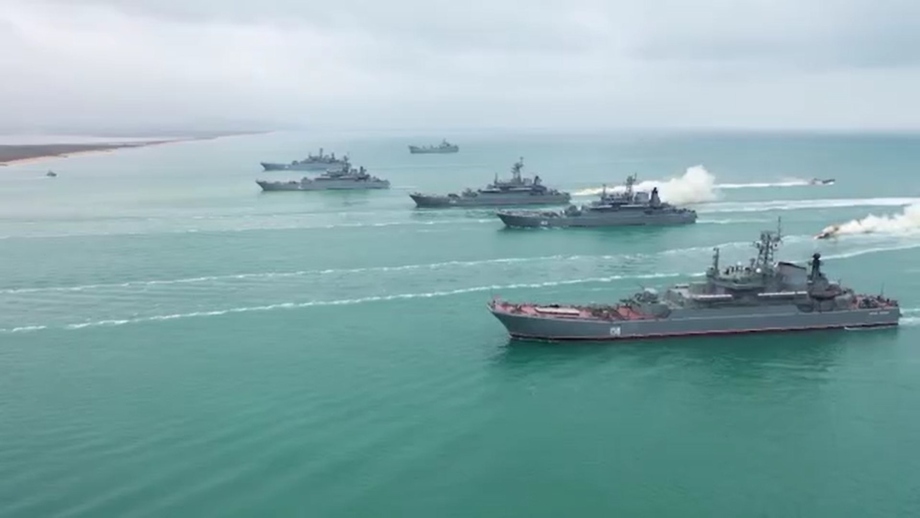 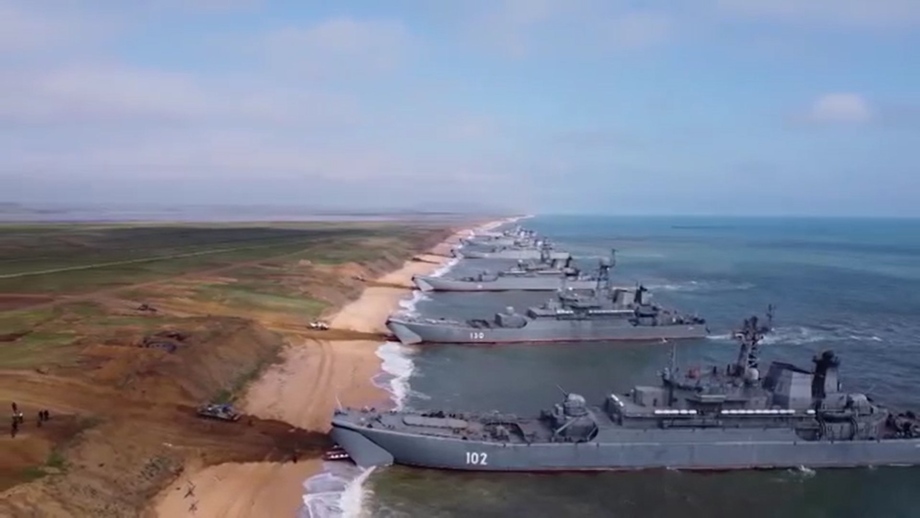 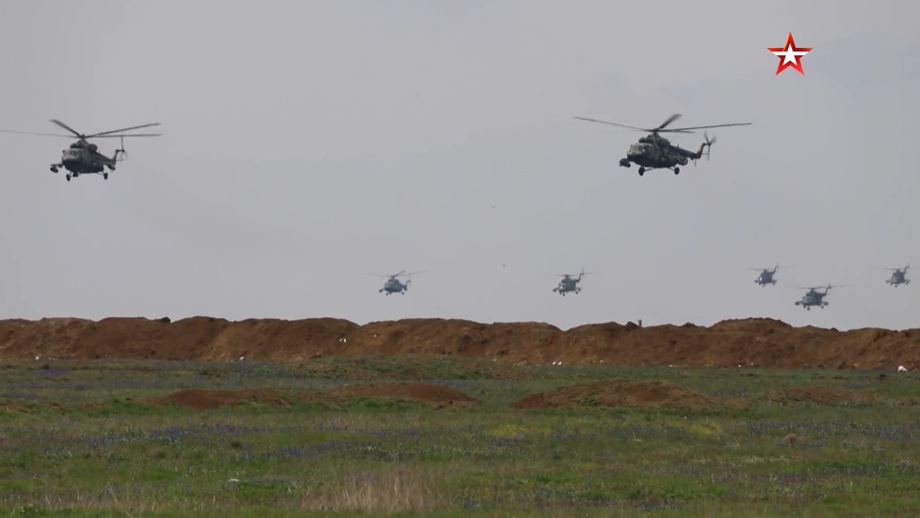 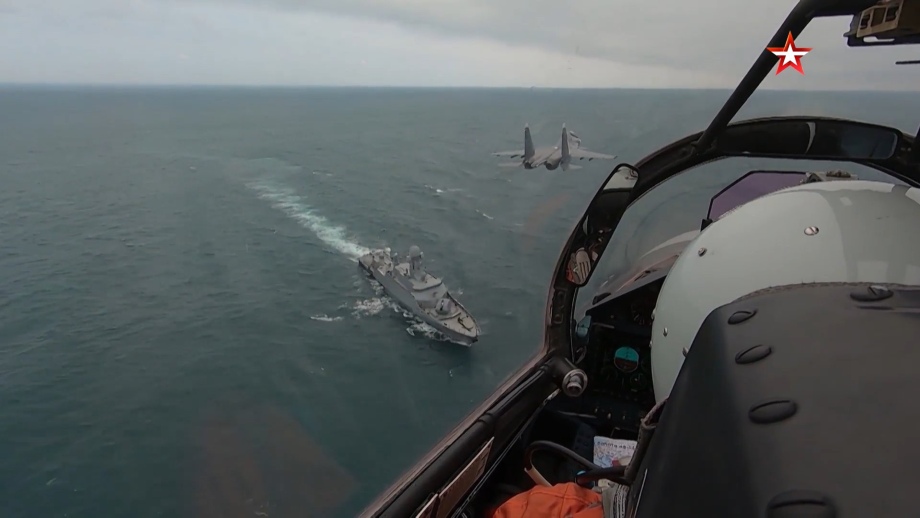 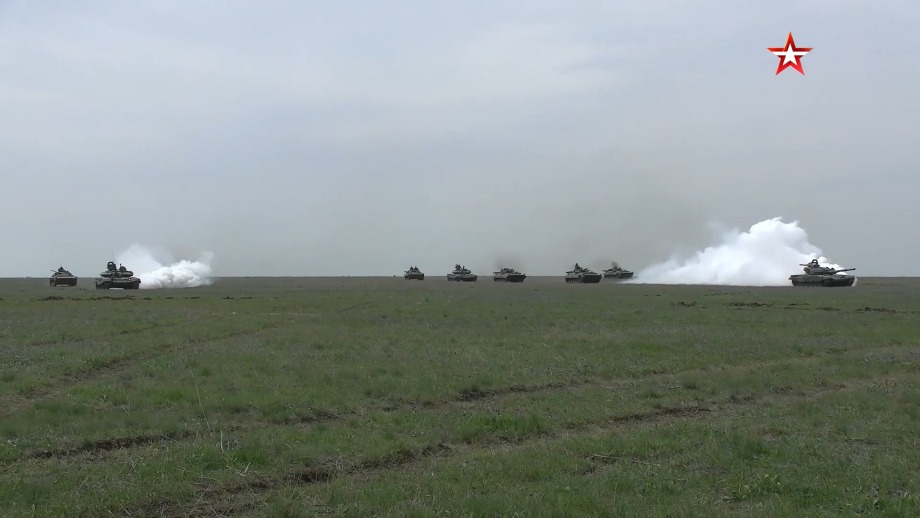 In his speech yesterday, Vladimir Putin made several references to the Jungle Book by Rudyard Kipling. One would have to ask why. If this explanation is out the question remains.

I can’t imagine any American politician even having heard of Kipling, let alone citing him.

Putin Uses Characters From Rudyard Kipling “Jungle Book” During Speech — Sends Signals of His Intention to “Swarm” Russia’s enemies to send them fleeing, and KILL one in particular . . .

In his annual state of the nation address to both houses of parliament, Russian President Vladimir Putin compared those who are harming Russia, to the jackal, Tabaqui, from Rudyard Kipling’s “The Jungle Book.”

How do we know Putin has ever watched or read The Jungle Book and which version.

In an earlier speech in December 2011 while Prime minister, is it reported that Putin made remarks about foreign political financing, to the Opposition Party in the Russian Federal Assembly, saying “Come closer to me Bandar Logs.”

Bandar Logs was apparently a reference to the “little monkeys” in the jungle who try to take Mowgli prisoner, and in the book, one of the snakes Kaa  told the Bandar Logs exactly that “Come closer to me Bandar Logs.” Presumably to eat them.

So again, Putin, referencing his (political) enemies in the Russia Federal Assembly, said something previously from the Jungle Book that might makes Intel circles think he was telling them he wants to eat them.  Destroy them.

But what version is it from? Well it turns out that exact quote is only in the Russian cartoon version not the original book nor the Disney movies.
Putin is further reported to have said in February 2012 ” I have been a Kipling fan since childhood”.
The Russian version came out in 20 minute installments starting in 1967 when Putin was 15 years old and through to 1971 and the 5 animations were later merged into a 96 minute movie  in 1973 so it is entirely feasible he saw it in his childhood.
An English language release of the 1973 Russian animation came out in 1998 narrated by none other than Charlton Heston. Might be worth finding for review.
The character in the book who kills the lone Tabaqui (which means dish licking dog) by breaking his back after interrogating him is called The Grey Wolf, and the overall pack is comprised of Canis Lupus – Gray Wolves of which about 2000 live in modern Belarussia. Coincidentally the Unit mascot and old emblem of the 45th Independent Spetsnaz Regiment ( Russian Special Forces ), that allegedly fought in Donbas ( Eastern Ukraine) in 2014, is a Gray Wolf .
President Putin was so happy with their performance he afterwards tripled their size to a brigade who would now be some of the Russian special forces to conduct exactly the asymmetrical warfare that Putin also mentioned in his speech yesterday.

Has Putin lost his mind or is he simply toying with his enemies?  Is he openly using arcane references from a book written by an Englishman visiting Vermont in the 1890’s to convey his true intent or is it a very subtle warning?

If so, then the US and EU might be facing a swarm of . . .  something . . . . to send them fleeing, and the US in particular, may get the fate of Shere Khan; stampeded off a cliff, then gets his neck snapped and dies.

What does the leader of the second most powerful nation on this planet, really mean with the bizarre references he made during his speech yesterday?

This is the kind of real life stuff that true Intelligence Community experts have to spend time figuring out.  Stay tuned.

A caller to The Hal Turner Radio Show (Simon from Florida) spent a HUGE amount of time trying to explain this on the air last night.  Audio of that lengthy 30 minute call with some other intriguing references, is below:

To listen to the audio go to the article HERE