Russian media: “China will attack with full force – It is getting rid of US bonds” – Beijing: “Pelosi is a political plague, she set off a landmine”

The Americans accelerated the Chinese attack 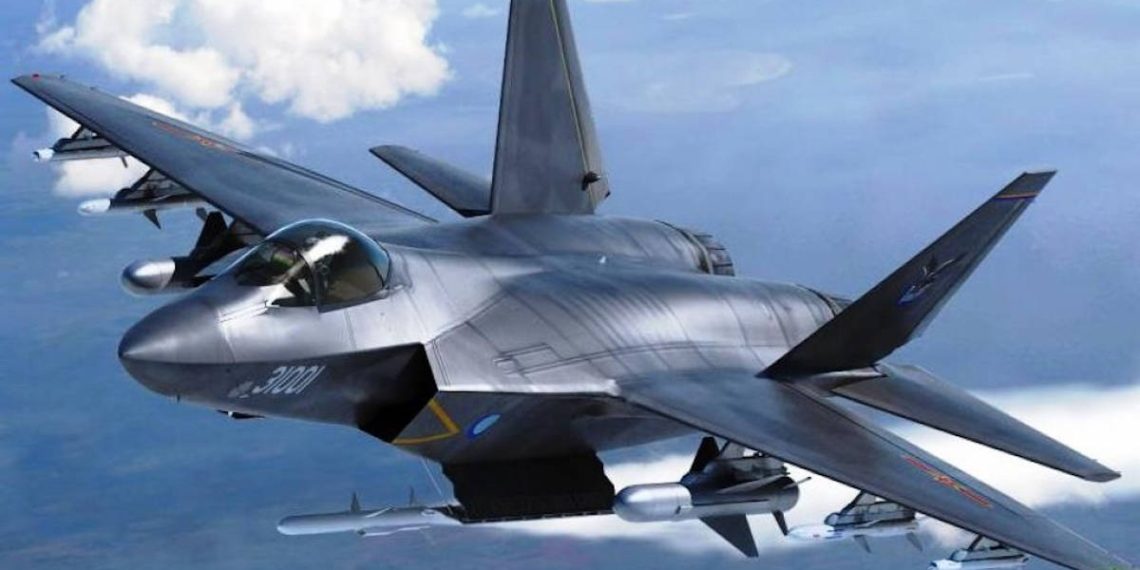 China will launch a large-scale military offensive in the near future. This revelation(?) is being advanced by Russian media, which emphasize that “this is inevitable” given the attitude of the USA.

In the same climate and Chinese state media which “bath” with cosmetic adjectives Nancy Pelosi. The Chinese are likening Pelosi’s visit to a mine detonation in the Taiwan Straits, which was carried out in secret, labeling the American as a thief.

It is clear that the situation has now gotten out of control and it is difficult to impossible to “get it together”.

The Americans also make this admission.

White House that “ China will use Pelosi’s visit to Taiwan as a pretext for escalating measures.

“We’ve seen some announcements from the DPRK in the last few hours that unfortunately are exactly what we expected,” NSC’s Kirby said in the briefing room, stressing:

“We are ready to manage what Beijing chooses to do.

China is using Pelosi’s visit as an excuse to justify its hostile approach to the Taiwan Strait.

We support Taiwan and will defend the Indo-Pacific.”

The EU’s ambassador to China, Jorge Toledo, said that in the event of an attack by the PLA on Taiwan , “the EU, together with the United States and its allies, will take similar or greater measures than those taken against Russia.”

And the EU admits that there are now increased chances of a Chinese attack!

At the same time, Chinese Vice Foreign Minister Xie Feng summoned US Ambassador to China Nicholas Burns to protest US House Speaker N. Pelosi’s visit to Taiwan, a serious provocation and violation of the one-China principle

The nature of Pelosi’s visit is extremely vicious and the consequence is very serious. The Chinese side will not stand idly by, Xie told Burns.

The Chinese Ambassador to the United States, Qin Gang, told CNN a few minutes ago:

“Our response will be firm, strong and vigorous,” he stressed

Everything points to a military response!

Watch the video from CNN

“The American policy of provocations, which was applied earlier in Ukraine, is expected to reach Taiwan as well. Apparently, Nancy Pelosi’s visit to Taipei is not a private initiative of the elderly speaker of the US House of Representatives, but a planned action of the White House.

Admittedly, Beijing was not even close to planning to shoot down a plane carrying the third person in the hierarchy of the US political system (after the president and vice president). Although Pelosi’s visit to Taiwan is a flagrant violation of China’s sovereignty, the assassination of such a high-profile politician is a declaration of war.

Beijing’s response will follow, it is inevitable by definition, but it will happen a little later. Any military operation requires preparation time. Apparently, the Chinese General Staff planned this a long time ago, but such plans are not limited to the military.

Remember that a few years before the “Russian special military operation”, Russia withdrew its gold and foreign reserves from the United States. China will need to do the same, which, by the way, holds $1 trillion worth of US debt.

Even the world’s number one economy cannot afford to lose such large reserves.

Moreover, the Chinese military itself is not ready for a full-scale operation to return Taiwan. Despite its gains in strength over the past 10 years, the Chinese navy does not have large enough amphibious ships, the main strike force for island battles.

Undoubtedly, Pelosi’s provocative visit to Taipei will only accelerate Beijing’s preparations for Taiwan’s dramatic comeback. The USA did the same in Ukraine, Washington created all the conditions for Russia to decide on military intervention.

And neither Russia nor China has any other way.

China’s response to US provocation in Taiwan will inevitably follow.

Currently, all the three Armies under the PLA Eastern Theater Command, namely the 71st, 72nd and 73rd appear quite active.

Attack on Taiwan Accelerating – Pelosi set off a landmine

Chinese state media said China would “accelerate the reunification process with comprehensive measures,” including military action and lifting the ceasefire with Taiwan, in response to US House Speaker Nancy Pelosi’s visit to Taiwan today.

“China has many opportunities to speed up the reunification process.

These could include strikes on Taiwan military installations, as the People’s Liberation Army (PLA) did during the previous Taiwan Strait crisis, pushing for new national reunification legislation, sending military aircraft and ships into its “airspace” and in the island’s “territorial waters” controlled by Taiwanese authorities and ending a tacit truce with the Taiwanese military.

“China should use the Pelosi case to maximize its advantage and continue to push forward the reunification process,” Chinese experts said.

At this point, China has the moral advantage because, as the Chinese Foreign Ministry stated, “it was the US that first took provocative actions and caused the escalation of tensions in the Taiwan Strait .”

According to Song Zhongping, a Chinese military expert and TV commentator, the PLA will hit Taiwanese military targets, but will not fire directly at US targets.

“On the night of August 2nd, Speaker of the US House of Representatives Pelosi visited our region in Taiwan like a thief, setting off a mine that she planted on the Taiwan Strait situation and China-US relations.

China has repeatedly and sternly warned how bad this issue is and how serious the consequences are. But Pelosi still ignored it and Washington did not take effective measures to stop it, resulting in a new round of tension and serious challenges to the situation in the Taiwan Strait.

This time the whole world can clearly see who is changing the status quo in the Taiwan Strait? Who provokes first? Who is undermining peace and stability in the Taiwan Strait? It is highly ironic that these three issues have been the three focal points of US and Western public opinion against China in recent times, and that Taiwan’s Democratic Progressive Party (DPP) authorities have also taken the opportunity to play the ” paper of pity”. For a time, international public opinion about Taiwan was in a fog.

It can be said that Pelosi’s foolish, reckless and dangerous provocative action has welded all the responsibility for undermining peace and stability in the Taiwan Strait to the US and Taiwan authorities.

This is a new escalation of US-Taiwan collusion, a serious and destructive change of the status quo in the Taiwan Strait, and a betrayal of the serious political commitments made by the US to China, in addition to violating the One China and Three China-US joint communiques, as well as UN General Assembly resolution 2758. It is also completely untenable for some politicians in the United States to use the so-called “separation of powers” as a pretext to try to avoid their responsibilities.

No independent and sovereign country, let alone a large country like China, can allow external interventionist forces and internal separatist forces to conspire to undermine its sovereign security and territorial integrity. In defense of its core national interests, any countermeasures taken by the Chinese side are legal and necessary, and an exercise of the due rights of a sovereign state. In fact, the effect of countermeasures is more critical than the form of countermeasures.

First, it is imperative that the enormous risks Pelosi created backfire on her. In other words, to create the risk of “Pelosi’s visit to Taiwan”, greatly increase the cost of her performance and strengthen the price she has to pay. Pelosi should understand that Taiwan is not a place they can just go to.

The flight path taken by Pelosi on the 2nd of the month shows a large circle around the South China Sea, apparently fearing the People’s Liberation Army (PLA), which is conducting live-fire drills in the waters concerned, and that military deterrents and pressing actions by China made it feel the danger.

Second, China’s countermeasures will not be a one-off, but a combination of long-term, decisive and steadily evolving actions. As Pelosi headed for Taiwan, PLA Air Force Su-35 warplanes crossed the Taiwan Strait. From the evening of August 2, the eastern war zone will conduct a series of joint military operations around the island of Taiwan, conducting joint air and sea exercises in the north, southwest and southeast sea and air areas of the island, conducting long-range live fire in Taiwan Strait and conducting test-fires of conventional guided missiles in the island’s eastern waters. from August 4 to 7,

From the de facto breaking of the so-called “central line of the strait,” to the PLA’s regular patrols and flights around the island in southwest airspace, to the clear emphasis that the Taiwan Strait is not international waters, every challenge by the U.S. and Taiwan in recent years has been met with further strengthening of our de facto control of the Taiwan Strait. This time is likely to be no exception.

Pelosi is a political plague

Third, the fundamental goal of China’s countermeasures is to promote the process of national reunification. The time and momentum for the unification of the motherland is always firmly in our hands. Whatever form Pelosi’s current takes to support Taiwan and contain China, it cannot change the historical and legal fact that Taiwan belongs to China and cannot stop China’s momentum to achieve full unification. It should be noted that every time the US and other external powers escalate their cooperation and provocations with the Taiwanese authorities, the process of China’s full reunification will be accelerated by one step.

Pelosi is like a “political plague” that has done the region no good except for danger and tension in Taiwan. Some Taiwanese media revealed that the island’s authorities had secretly withdrawn the invitation to Pelosi, but Pelosi reprimanded them and had to continue arranging the reception. This news is very interesting. The humble and dark psychology of the CPC authorities and Pelosi’s arrogant and selfish attitude towards Taiwan are all on paper. It is a true microcosm of US-Taiwan relations, and shame and sadness. The reunification of the two sides of the Taiwan Strait will be the complete end of this shame and sorrow.”