Peskov: the crisis in Ukraine will drag on, and Russia will never trust the West again 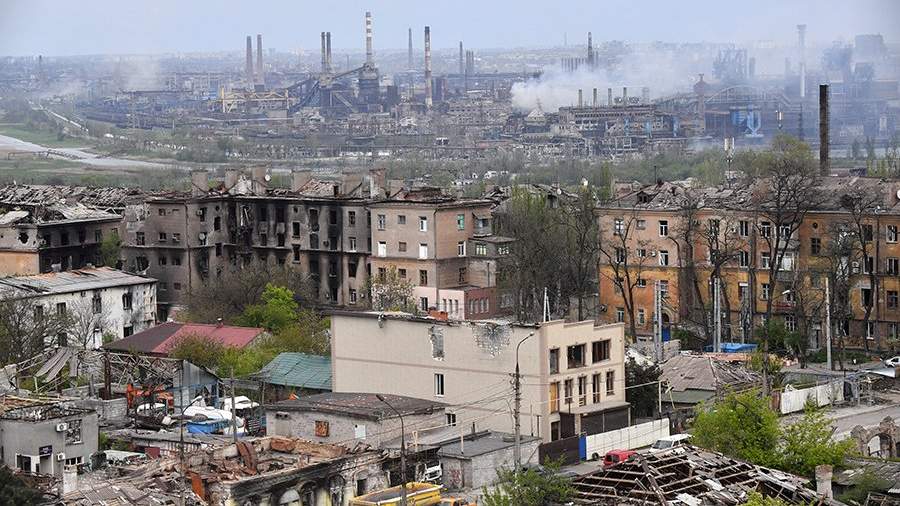 The crisis over the situation around Ukraine will be long, and Russia will never trust the West again. This was announced on Tuesday, June 21, by Kremlin spokesman Dmitry Peskov.

“Yes, it will be a protracted crisis, but we will never trust the West again,” he said in an interview with MSNBC.

Earlier, on June 17, Dmitry Belik, a member of the State Duma Committee on International Affairs, said that the collective West only contributes to the escalation of the situation by pumping Ukraine with any weapons.

Before that, on June 12, Turkish President Recep Tayyip Erdogan also expressed the opinion that the West cannot be trusted , especially when it comes to politics.

On June 9, Russia’s representative to the UN, Vasily Nebenzia, said that supplying the Armed Forces of Ukraine (APU) with heavy military equipment is a direct path to escalating the conflict . According to him, Russia will have to move the Ukrainian forces beyond the range of these weapons so that they “cannot reach the territory of both Russia and Donbass .”

The news is being supplemented

In an exclusive interview with Kremlin Press Secretary Dmitry Peskov, NBC News’ Keir Simmons pressed the Russian official on the two American veterans who were captured by Russian forces while fighting alongside Ukraine’s military. Peskov said they should be “held responsible for the crimes they have committed,” adding that they are not protected by the Geneva Conventions as prisoners of war

No mention of nukes here

How Russia will respond to the blockade of Kaliningrad: five possible strikes on Lithuania
Blocking transit to the Russian region, Vilnius clearly did not calculate the possible consequences for itself

Lithuania has limited rail transit to the Kaliningrad region : about half of the goods that fall under EU anti-Russian sanctions will now not be allowed to pass through Lithuanian territory. What exactly is at stake, political scientist Alexander Nosovich, who lives in Kaliningrad, explained to KP:

– First of all, we are talking about iron and steel products. Secondly, about some goods that bring profit to the Russian budget, among them, for example, caviar, alcohol, fertilizers, timber and wood products, glass containers. Thirdly, we are talking about angle. Its import and transportation is prohibited. But the ban will come into force only on August 10. Fourth, oil and oil products.

– What real threat to the life of the Russian exclave can this decision of Lithuania pose?

– Lithuanian politicians for thirty years, since the Sąjūdis, have been dreaming and saying that they have such a resource against Russia – to block the transit to Kaliningrad, and one fine moment Lithuania can use it. Here it is involved. But this will not have serious consequences for the region, because they have been constantly talking about it, and we have been preparing all this time. So any actions taken by Lithuania to restrict transit to the Kaliningrad region will not be critical for us and will not cause serious damage to the life of the region.

– Even 20 years ago, the Kaliningrad region bought all the electricity from Lithuania, from the Ignalina nuclear power plant, but now its own power plants have been built in the region, explains Alexander Nosovich. – As for gas, we have the Marshal Vasilevsky LNG terminal, which has already been tested in case Lithuania cuts off gas pipeline gas. Regarding transit, I spoke with high officials of our region and representatives of the center, and they assure that the Russian civilian fleet in the Baltic Sea is quite enough to deliver all the volumes of goods that Lithuania can block us by rail. The question is how quickly we can do it all. But I am sure that there will be no interruptions in supplies, empty shelves in stores.

What retaliatory actions against Lithuania can Russia take:

1. Revocation of the recognition of Lithuanian independence . The idea to recognize as illegitimate the secession of the Baltic republics from the USSR has been in the air since September 5, 1991, when this secession took place, reminds Alexander Nosovich. Gorbachev’s unconstitutional State Council had no right to take decisions of such a level as revising the borders of the Soviet Union and cutting off territories from it. This is a legal fact. By the way, State Duma deputy Yevgeny Fedorov recently introduced a corresponding bill.

2. Exit from the agreements with the EU on Lithuania . As recalled by Dmitry Rogozin, who in 2002-2003 led negotiations on this between Moscow and Brussels, Russia recognized the borders of the Republic of Lithuania in exchange for guarantees of uninterrupted transit of Russian citizens and Russian cargo from Kaliningrad and to Kaliningrad. Thanks to this recognition, Lithuania was able to join the EU and NATO.

3. Russia’s demand to return Klaipeda . If Brussels today withdraws from its part of the agreements, then Moscow withdraws from its own. “The consequences for Lithuania, the EU and NATO could be very far-reaching,” explains Nosovich. – Let me remind you at least that by the decision of the Potsdam Conference following the results of World War II, Memel, like Koenigsberg, was transferred from Germany to the Soviet Union, and not any of its parts. It was only later that Stalin, by his internal decision, transferred Koenigsberg to the RSFSR, and it became Kaliningrad, and Memel gave the Lithuanian SSR, and it became Klaipeda. Modern Russia is the legal successor of the USSR, that is, the post-Soviet borders of Lithuania are determined by it. And if the European Union violates the agreements that guarantee these borders, then everything can happen to Lithuania … “

4. Creation of the “Suwalki corridor” . By introducing a virtual transport blockade of the Kaliningrad region, Vilnius “knocked out the chair” on which he had been sitting all these years as an EU member state, said Andrey Klimov, a member of the Federation Council. The unacceptable behavior of Lithuania, which has restricted transit to the Kaliningrad region, he warns, puts NATO at risk. “The European Union, if it does not immediately correct the impudent exit of Vilnius,” the parliamentarian believes, “will itself disavow for us the legitimacy of all documents on Lithuania’s membership in the EU and will untie its hands to solve the problem of Kaliningrad transit created by Lithuania by any means we choose.”

The most radical way, as experts have long believed, is the creation of the “Suwalki Corridor” – a land passage between Lithuania and Poland with a length of about 100 km, which could connect the territory of Belarus with the Kaliningrad region of Russia. It is clear what this step would mean – a war with NATO.

5. Disconnection of Lithuania from the energy system . This would be Moscow’s most painful economic response to Vilnius’ hostile move. BRELL is an energy ring uniting Belarus, Russia, Estonia, Latvia and Lithuania. The Balts have long been declaring their desire to leave it, fully merging into the EU energy systems. Officially announced that this will happen in 2025. However, the energy transition to Europe faces significant difficulties, so the Baltic countries are still heavily dependent on Russian electricity. Disconnecting Lithuania from BRELL ahead of schedule is guaranteed to create very serious problems for its economy and the life of the population. For Kaliningrad, such a step does not pose any threat – the region has already disconnected from BRELL twice in a test order and tested offline operation.