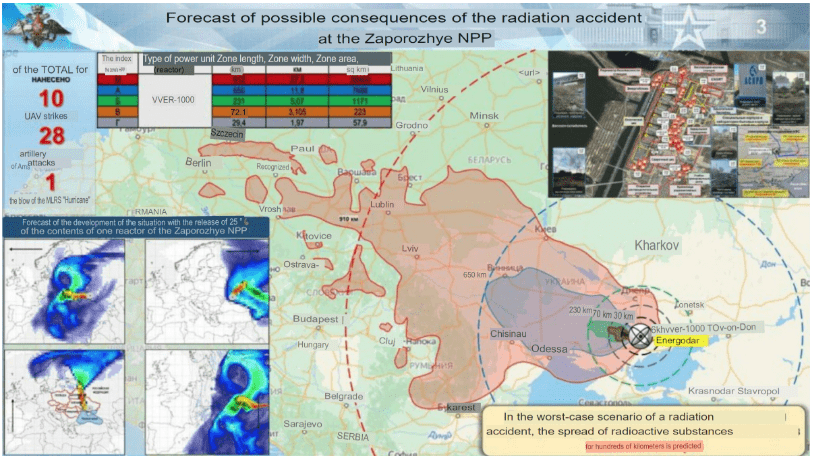 According to a statement from the Russian Ministry of Defense (MoD), the detonation BY UKRAINE, of some type of radioactive device, is now imminent. Ukraine is losing its war with Russia so badly, they are preparing to cause a doomsday radiation scenario to get NATO to come into the war on the side of Ukraine.

According to Russia’s MoD, the following additional acts will also be undertaken by Ukraine:

Kakhovska Dam and Dnipro Dam will be blown up
A dirty nuclear bomb or tactical nuclear weapon will be detonated in Kherson
All six Reactor units at the Zaporizhzhya nuclear plant will be blown up.

The Kakhovska Dam is shown below on the Google satellite map, which can be scaled to show an enlarged area, for readers to see the region: 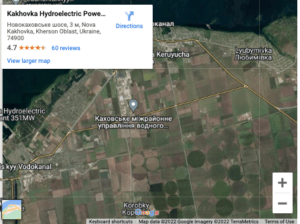 The Dnipro Dam is even larger, and can be viewed on a similar Google Map shown below: 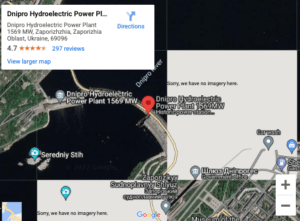 If one or both these Dams are blown up by Ukraine (or anyone else) they will release an unimaginable torrent of water, which will flood and destroy gigantic areas of land downstream.  The primary area that will be wrecked by such a release of water, will be Kherson, one of the four Oblasts (states) that recently voted to leave Ukraine and become part of Russia.

Just yesterday the Hal Turner Radio Show reported that Russia Defense Minister Shoigu had telephone conversations with his counterparts from the US, France, Turkey and other nations, directly warning them that Ukraine is planning to do these things because Ukraine is losing the war and they are utterly desperate to cause NATO to enter the fight on the side of Ukraine (Story Here)

Today we can also report that Sergei Naryshkin the secretive head of Russia’s Federal Security Bureau (FSB) has come out PUBLICLY to say they have VERIFIED COVERT INTELLIGENCE that Ukraine is already well underway in preparation to do these things.

Defense Minister Shoigu and FSB Head Naryshkin are among the highest ranking people in the Russian government.  They are out there putting THEIR NAMES on this information.  That is a risk to their careers and public standing, yet they are shouting from the rooftops that Ukraine is already undertaking the steps to carry out such attacks. 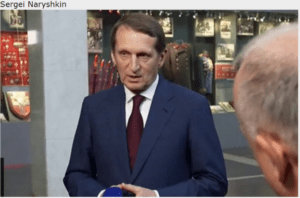 Men in these types of positions do not lay their careers and reputations on the line, lightly.  Yet both men are doing exactly that!

Far and away, the worst aspect of these alleged plans by Ukraine, is an attack upon all six reactors at the Zaporozyhe Nuclear Power Plant (ZNPP) located in yet another Oblast (state) which recently voted to leave Ukraine and become part of Russia.

The map below shows a COMPUTER MODEL of the radiation release from just ONE of the six nuclear reactors at that power plant: 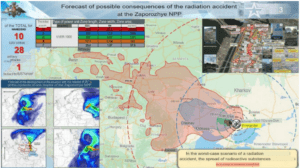 English Translation of map above: 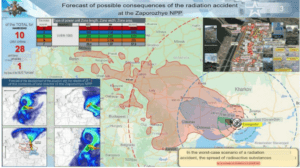 As you can see on the map below, the radiation would quickly be carried by prevailing winds, to then saturate Poland, and continue moving into Germany.

NATO has already publicly said that if a radiation incident in Ukraine causes radiation to travel into NATO countries, then NATO will consider it an “attack” and will invoke NATO Treaty Article 5 collective self defense.

Russia has long ago made clear that if NATO declares Article 5 collective self defense against Russia, “it will be a war no one will win.”

As most educated people know, the only war “no one will win” is a nuclear war.”

So if Ukraine undertakes the attacks outlined above, and radiation travels into Poland or other NATO countries, causing NATO to declare Article 5, then the world is — at that moment – in a nuclear war.

Get right with God.

Another phone call between U.S and Russian Military Officials on the supposed Ukrainian “Dirty Bomb.

TODAY, October 24, Russian Gen. Gerasimov also spoke by phone with the Chairman of the United States Joint Chiefs of Staff, Gen. Milley. The topic – yes you guess it – a dirty bomb.

The FILE PHOTO below shows the two top-ranking Generals, Milley and Gerasimov: 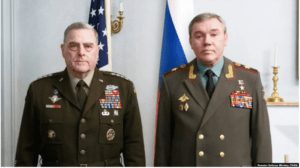 This is the 3rd Call about the Topic just in the past week alone, definitely an extremely worrying sign.