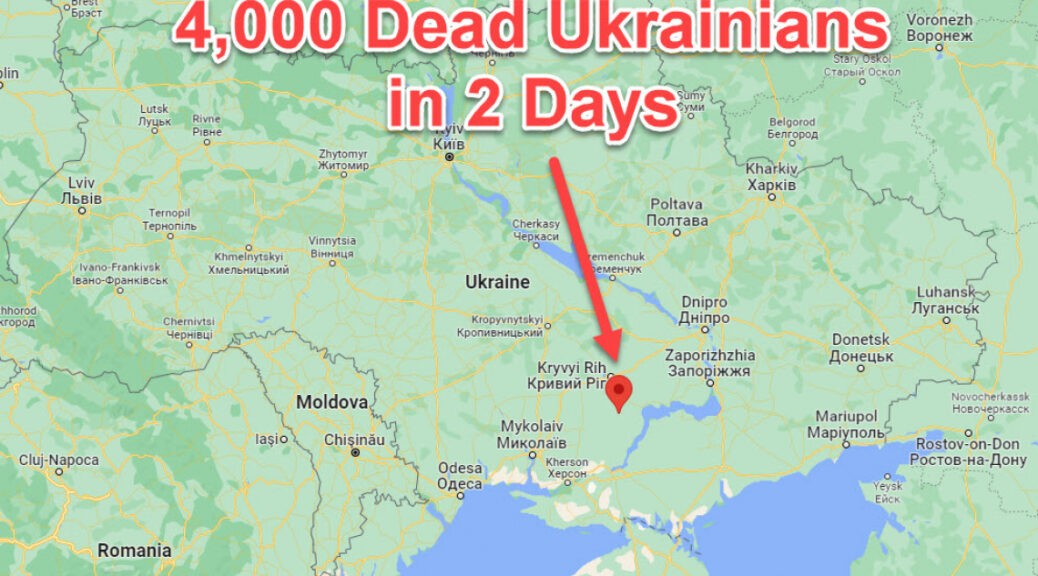 The Russian military and allied forces of the People’s Republics of Donetsk and Lugansk were ordered to leave the city of Izyum on Saturday, several reporters deployed in the conflict zone have said.

Izum, which is located on the Seversky-Donets River, some 120 kilometers south-east of regional capital Kharkov, was captured by Russia in April after heavy fighting.

Rossiya 1 channel correspondent Ivan Poddubny described the withdrawal as a necessary measure to prevent the Russian forces from being encircled.

Reports have emerged of Ukrainian troops entering Kupyansk, which has served as a logistical hub for the Russian forces, and fighting breaking out on the outskirts of Krasny Liman.

The retreat was later confirmed by the Donetsk Republic’s deputy information minister Daniil Bezsonov, who said: “Yes, we left Izyum and some other settlements in the Kharkov direction.”

Russia’s Defense Ministry has not yet commented on the situation in Kharkov region, but published a video on Saturday of additional manpower and hardware being deployed to the area.

The large-scale Ukrainian offensive with the use of Western-supplied weapons started in Kharkov Region on Thursday after Kiev’s attempts to advance in other areas failed.

US Defense Secretary Lloyd Austin said on Friday that Ukraine had seen “some success” in Kharkov region, calling the developments “very, very encouraging.”

While acknowledging some setbacks, Russian officials on the ground have insisted that Kiev’s troops have been suffering “colossal” casualties during their advance.

Ukraine Counter-Offensive So Far: More than 4,000 Dead in Two Days

Ukraine launched a counter-offensive against Russian forces earlier this week. That counter-offensive is presently ongoing.  The death toll in just one area: At least 4,000 dead on the battlefield, and getting worse.

Covert intel sources have CONFIRMED to me that Ukraine is suffering horrifying losses.  More than three sources – all independent of each other — are reporting there are at least four-thousand dead Ukrainian soldiers, still laying on the battlefield, “At Sukhoi Stavka, on the outskirts of Vysokopole, and near Posad-Pokrovsky” as shown on the map above.

While Ukraine DID make advances and DID penetrate Russian defense lines, there is an actual slaughter taking place; with very heavy losses on both sides, but with Ukraine suffering far more losses than Russia.

On the Hal Turner Radio Show last night, I reported to my audience that the “ring road” around Moscow, was closed to public traffic and was filled with Military vehicles and equipment.  Moscow is at least 600km away from the battlefield.

I have just received VIDEO from Friday, showing the blocking of the Ring Road around Moscow, to civilian traffic.  This was taken by a motorist in Russia yesterday (Friday) as the blockage was in progress:

The motorist in Russia said “This road has **never** been closed to civilians like this, or for this long, for any military activity.  This is very unusual.”

Those military units set out last might (Moscow time) for the front.   At typical convoy speed, they will begin arriving at the front Saturday afternoon, Moscow time.

Upward of seventy-five-thousand (75,000) additional Russian troops are on the move.   Those troops came from Russia’s Eastern Military District, all the way out by Vladivostok, and were moved to the Moscow area over the past three weeks.  Initially, it was thought that these troops would be used in normal troop rotation.  However, it NOW appears that Ukraine’s counter-offensive may have resulted in re-tasking of those troops to the front as reinforcements.

All of this additional fighting and death is a direct result of the United States and Europe interfering in Russia’s Special Military Operation.  Without the west assisting Ukraine, this conflict would have already ended with a Russia win.   All the additional Ukrainians who are being killed, are dying because the US/EU/NATO are pushing the Ukrainians forward in additional battles.

How much longer that will last is not clear but yesterday the world got a sort of hint: the GERMAN Ministry of Defense announced “We have supplied Ukraine with large quantities of weapons and ammunition but we have reached our limit.”

As more and more European nations come to that same conclusion, the fate of Ukraine will become self-evident.

Kharkov: What’s driving the latest military dynamics & what might come next? 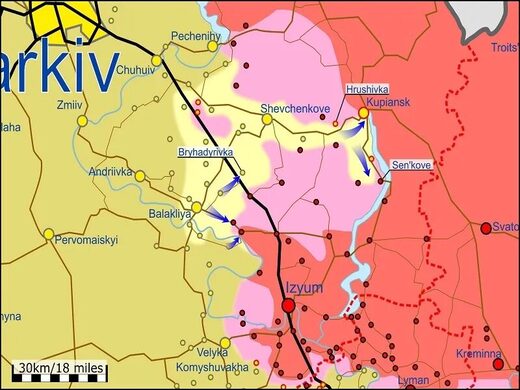 The reality behind the latest dynamics is more nuanced than Kiev, its Western patrons, and Russia are claiming, which the present analysis will concisely explain. To that end, it’ll identify the lesser-discussed factors driving the most recent on-the-ground developments, prognosticate what might come next, and then share some relevant observations about the Ukrainian Conflict in general.

The US-led Western Mainstream Media (MSM) is ecstatic about the latest military dynamics around Kharkov after Kiev’s forces reportedly recaptured around 1,000 square kilometers (385 square miles) of territory from Russia and its Donbass Allies. That in turn prompted many of Moscow’s opponents to glorify the advancing army on social media and share predictions about its supposedly imminent victory in the latest US-provoked phase of the UkrainianConflict that broke out in late February. The reality is more nuanced, however, as the present analysis will concisely explain. What follows is a bulleted list of points drawing attention to the lesser-discussed factors behind the latest military dynamics:

Ukrainian presidential advisor Alexey Arestovich admitted in late March that Russia has “practically destroyed our defence industry”, which means that Kiev’s forces have only been able to keep the conflict going since then due to foreign (US-NATO) military support.

US Secretary of State Antony Blinken said last week that his country’s latest $2.8 billion in military aid to Kiev brings the grand total to $15.2 billion since the Biden Administration came to power, thus proving that the receiving forces are truly US-NATO proxies, especially when considering the preceding point.

* The Kherson Counteroffensive Covered The Kharkov One

The Kharkov counteroffensive quickly followed the failed Kherson one and was thus able to achieve some on-the-ground success (however potentially transient) after the defenders rightly prioritized their limited forces to protect the much more strategically significant southern front.

* Russia Would Rather Retreat Than Pull A Mariupol (For Now)

Unlike Kiev’s forces that illegally militarize residential areas in order to de facto exploit civilians there as human shields exactly as Amnesty International proved last month, Russia would rather retreat than risk collateral civilian and infrastructure damage, at least per its present calculations (which might change).

* Kharkov Might Be Expendable To Russia From A Strategic Perspective

Not every on-the-ground gain in any conflict has to be kept no matter the cost, which was earlier proven in the Ukrainian context with respect to Kiev and Snake Island, so it follows that Russia’s tactical pullback from Kharkov might also serve similar strategic purposes with respect to the southern front for instance.

Having identified the relevant factors, it’s time to prognosticate what might come next:

* Russia Might Fully Complete Its Tactical Pullback From Kharkov Region…

Recalling the precedent established by its prior tactical pullback from the northern Ukrainian regions around Kiev, Russia might also fully complete the same maneuver from Kharkov for strategic reasons that can only be speculated in this scenario until everything becomes clearer afterwards.

There’s also the possibility that the defending forces will actively push back against the aggressors, whether to halt the latter’s NATO-fueled advance and thus freeze the line of contact in this part of Ukraine or to re-liberate the recently captured territory, which could in any case lead to a major battle.

Should Russia and its Donbass Allies decide to reverse the latest military dynamics, then the resultant Battle of Kharkov could ultimately prove to be a turning point in the conflict, after which peace talks could potentially resume ahead of the coming winter and predictably be dictated by the victor.

* Russia Might Finally Declare The Official Mobilization Of Its Forces

Per the preceding scenario, the significance of the potential Battle of Kharkov in determining the subsequent military-strategic dynamics of the Ukrainian Conflict might compel Russia to finally declare an official mobilization in order to match the foreign-bolstered numbers of NATO’s growing proxy army.

* Swift Success = Game Changer While Stalemate = More Of The Same

In the event that NATO’s proxies fight a major battle with Russia’s potentially mobilized forces over Kharkov, then swift success by either of them would be a game changer for their side while a stalemate would lead to more of the same and possibly result in ultimately freezing the line of contact by winter.

* An Asymmetrical Move By Russia Can’t Be Ruled Out

Irrespective of whether Russia completes its ongoing tactical pullback from Kharkov for strategic reasons that remain to be seen or decides to fight back in a major battle over that region, it can’t be ruled out that President Putin won’t order one of his classic asymmetrical moves to shake everything up.

Some general observations will now conclude the analysis:

The coming winter is expected to complicate military operations for both sides, thus meaning that Kiev’s counteroffensive in Kharkov is its last hurrah of the year, though it could also possibly be its last hurrah ever if Russia achieves swift success in the potential battle over this region than dictates its peace terms.

* Information Warfare From Both Sides Will Inevitably Intensify

Considering that the latest military dynamics represent Kiev’s last hurray of the year (and maybe ever), and factoring in that the possible battle over Kharkov Region could be a game changer in the conflict, it’s inevitable that both sides’ information warfare operations will intensify.

* Wishful Thinking Could Snatch Defeat From The Jaws Of Victory

The Russian and Ukrainian publics’ opinion about the conflict is irrelevant to shaping its military dynamics, but if their own sides’ information operations inadvertently mislead their decisionmakers with wishful thinking, then either could suddenly lose major gains and thus be defeated in spite of them.

All the military events that’ll unfold ahead of the coming winter will almost certainly be leveraged by the side with the most momentum (whether absolute in the scenario of their swift success or relative in a continued stalemate) to resume peace talks by early next year with conditions favorable to their cause.

* Neither Side Will Likely Ever Achieve Their Desired Maximalist Outcomes

There’s no chance that Russia will let fascists overrun Crimea after democratically reunifying with it to avert that scenario nor will it allow Kiev to recapture all of Donbass after recognizing its independence, though NATO also won’t let Moscow fully demilitarize Ukraine since it’ll keep pumping it full of arms.

The global systemic transition to multipolarity that was accelerated by the West’s counterproductive anti-Russian sanctions means that time is on Moscow’s side since the EU is facing major economic–political crises that’ll lead to irreversible strategic changes that ultimately work to the Kremlin’s benefit.

Local Russian lawmakers called for Putin’s removal from power over the war in Ukraine, and then the police went after them