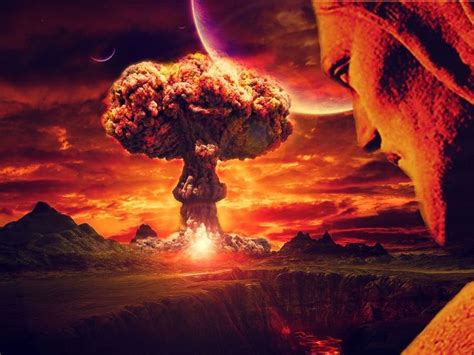 “By these three was the third part of men killed, by the fire, and by the smoke, and by the brimstone, which issued out of their mouths.”

The Russia-Ukraine war took a sharp turn over the weekend when Ukraine’s army launched the largest European counteroffensive since World War II. News reports claim that thousands of Russian soldiers dropped their weapons and fled to escape the advancing Ukrainian army troops. The question today is this: Will Moscow retaliate by hitting Ukraine’s capital city with a weapon of mass destruction?

The ruling elites of Western nations are insanely waging two wars in 2022. One war is against Russia. The other war is against half of the citizens of those Western nations. It’s getting so heated that former Russian President Dimitry Medvedev again quoted Holy Scriptures from the Apocalypse to emphasize what will happen to western nations if they persist in arming Ukraine with deadly weapons.