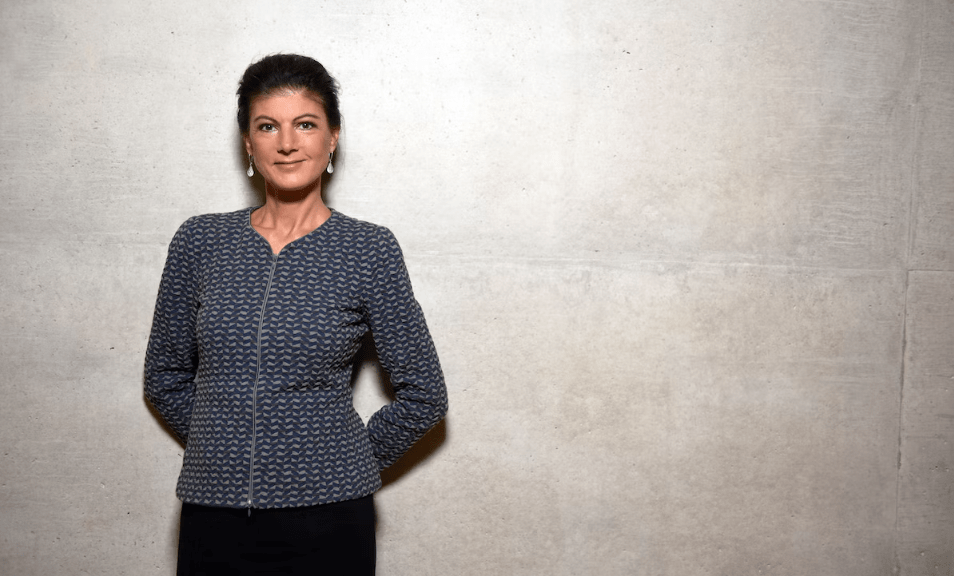 The member of the Bundestag had asked the responsible ministries for information before and after the explosions – in vain.

Is the federal government withholding important information about the alleged attacks on the gas pipelines – including from parliament? The Bundestag member of the left , Sahra Wagenknecht , harbors this suspicion after she has made three inquiries to the Ministry of Economic Affairs and the Ministry of Foreign Affairs.

On September 26, at least two explosions occurred on the lines of the Nord Stream 1 and Nord Stream 2 pipelines . This created leaks that allowed gas to escape into the Baltic Sea , where the pipelines lie at the bottom. Who or what caused the explosions is still unclear, at least officially. The NATO states and Russia agree that they suspect an attack behind it. However, it is unclear who carried it out. The federal prosecutor ‘s office in Karlsruhe is investigating a “serious violent sabotage attack on the energy supply”.

Ministry to Wagenknecht: No “on-site investigations”

Apparently, just under three weeks after the explosions, there is still no further information, not even on-site investigations. The Ministry of Economics informed the left-wing MPs in response to their written request. Wagenknecht wanted to know what knowledge the federal government now has about these incidents and what measures it has taken “alone, with the EU , other governments and NATO” to determine who is responsible for the damage. The answer is: none. “So far it has not been possible to conduct on-site investigations, which is why the federal government does not have any reliable information on the possible causes of the attack,” writes the ministry in its reply, which is available to the Berliner Zeitung.

The Habeck Ministry answered evasively or not at all when asked what warnings the government had received about possible attacks on the pipelines and what measures had been taken. State Secretary for Economic Affairs Patrick Graichen writes that critical infrastructures such as the Nord Stream pipelines are fundamentally subject to an abstract threat. It is not possible to “entirely” protect several thousand kilometers of wiring harnesses against every risk. There is no more information for Parliament.

“For reasons of public interest” no further information is given

The federal government had “come to the conclusion, after careful consideration, that further information for reasons of state welfare – not even in a classified form – can not be given.” The reason for this is the “third-party rule” for international cooperation between the secret services. According to this, the international exchange of knowledge is subject to particularly strict confidentiality requirements. “The requested information thus affects secrecy interests that require protection in such a way that the public interest outweighs the parliamentary right to information and the right of the members of parliament to ask questions must, exceptionally, take second place to the federal government’s interest in secrecy.”

For this reason, the federal government does not answer Wagenknecht’s question “which NATO ships and troops” have been in the areas where the damage occurred since gas supplies through Nord Stream 1 were suspended, and which Russian ships and troops in that area period were sighted. This answer “would also include the disclosure of information that particularly affects the welfare of the state,” writes the Foreign Office. Therefore, a classification and filing of the requested information is out of the question, “because even the slight risk of disclosure cannot be accepted”.

Sahra Wagenknecht: The government is evading the control of the opposition

Wagenknecht sharply criticizes this policy of secrecy. “In fact, the federal government is telling us that it knows something, but ‘for reasons of state welfare’ it cannot even disclose it to the members of parliament in the German Bundestag’s security agency,” she told the Berliner Zeitung on Sunday. One can now only speculate as to which findings about the authorship of the attacks could affect the German state in such an existential way that they absolutely have to be kept secret. “In any case, this approach means that any control and criticism of the federal government by the opposition is made impossible.”