A China-WHO study on the origins of COVID concluded the virus “most likely” was transmitted from bats to humans through another animal, but news reports show many scientists are skeptical of the theory, and of the investigation. 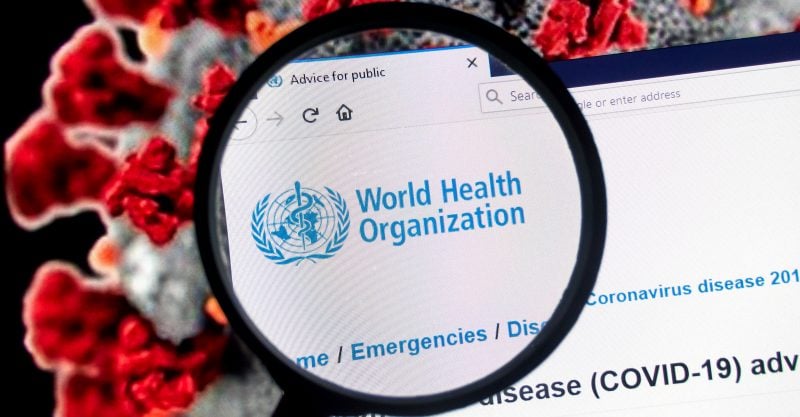 The Associated Press (AP) today reported that a joint study by China and the World Health Organization (WHO) on the origins of COVID-19 concluded the virus “most likely” was transmitted from bats to humans through another animal.

According to a draft copy of the WHO-China report obtained by AP, investigators said it is “extremely unlikely” the virus leaked from a lab.

However, two people interviewed Sunday night on 60 Minutes said the WHO investigation was incomplete and the lab theory cannot be ruled out.

Jamie Metzl, former National Security Council official in the Clinton administration and member of a WHO advisory committee on genetic engineering, blamed the Chinese government for failing to cooperate with the WHO investigative team.

Metzl told 60 Minutes that even though there have been accidental lab leaks of viruses in China in the past that have infected people and killed at least one, “no one on the WHO team was trained in how to formally investigate a lab leak.”

Metzl is part of an international group that, on March 4, released an open letter calling for a full and unrestricted international forensic investigation into the origins of the pandemic. He told 60 Minutes that the lab leak theory is plausible and deserves a full investigation. He said that the Wuhan Institute of Virology’s (WIV) own lab reports show that it sent field researchers to the bat caves and that they brought back samples with coronaviruses:

“ … we do know that there were nine viruses at least that were brought back. And it’s extremely possible that among these viruses is a virus that’s much more closely related to the SARS-CoV-2 virus. And when I put all those pieces together, I said, ‘Hey, wait a second, this is a real possibility. We need to be exploring it.’”

Matt Pottinger, former Trump administration deputy national security adviser, also told 60 Minutes he believes China withheld information from the WHO team, including that the Wuhan lab director “published studies about manipulating bat coronaviruses in a way that could make them more infectious to humans, and there were reports of lax safety standards at the lab.”

Defending the WHO team — and the animal-to-humans theory — on 60 Minutes was Peter Daszak, a member of the WHO team and someone who has himself conducted controversial gain-of-function research, which includes manipulating viruses in order to make them more lethal and infectious.

But Metzl told 60 Minutes what other media outlets have reported: Daszak shouldn’t have been on the investigative team because he has conflicts of interest, including his  long-time collaboration with the Wuhan lab.

Richard H. Ebright, Ph.D. one of the 26 scientists who also signed the open letter, called out Daszak’s conflicts of interest in an interview last week with Independent Science News.

Metzl, Pottinger and Ebright are far from alone in questioning the WHO’s investigation and its insistence that the pandemic’s origin lies in the transfer of the virus from animals to humans.

Last week, Robert Redfield, former director of the Centers for Disease Control and Prevention, told CNN he believes the coronavirus escaped from a lab in Wuhan:

“I’m of the point of view that I still think the most likely etiology of this pathology in Wuhan was from a laboratory — escaped … I do not believe this somehow came from a bat to a human. And at that moment in time, the virus came to the human, became one of the most infectious viruses that we know in humanity for human-to human-transmission.”

In addition to laying out all the reasons the lab-leak theory makes more sense, the Newsweek article called into question the gain-of-function research being done in Wuhan and in other labs around the world:

“Lab experimentation on dangerous pathogens is another no-brainer, regardless of its role in this pandemic. There are thousands of labs around the planet doing this research, much of it of limited value. And as Filippa Lentzos, one of the world’s leading biosecurity experts, recently told the Washington Post, there is zero international regulation of their activities. ‘There’s no set international law that they have to follow. There’s nobody checking what they’re doing. There are no inspectors, no regulators. There’s none of that.’”

In a March 21 interview with Sky News Australia, David Asher, former lead investigator for the U.S. State Department’s task force that looked into the origins of COVID-19, said the data they collected “made us feel the Wuhan Institute was highly probably the source of the COVID pandemic.”

“According to Asher, three workers at the Wuhan Institute of Virology who worked with the RatG13 coronavirus — the closest relative to SARS-CoV-2 identified to date — appear to have been the first cluster of cases of COVID-19. They fell ill with symptoms consistent with COVID-19 as early as October 2019. At least one of the workers required hospitalization.

“He also points out there is evidence in the genetic sequence of SARS-CoV-2 suggesting it’s been synthetically altered. It has the backbone of a bat coronavirus, combined with a pangolin receptor and ‘some sort of humanized mice transceptor.’ ‘These things don’t naturally make sense,’ Asher says, adding that experts around the world agree that the odds of this configuration occurring naturally is ‘very low.’”

In his letter, Kennedy asks if the virus is the product of natural evolution and if so, how did it so readily infect humans? Or was the pandemic the result of dangerous coronavirus gain-of-function research funded by the National Institute of Allergy and Infectious Disease, and being conducted in Wuhan at the time of the outbreak?

Children’s Health Defense is asking readers to ask their member of Congress to support H.R. 834, citing the need to ask tough questions and uncover the facts about every aspect of the pandemic.

On Feb. 23, 28 members of Congress wrote to the principal deputy inspector general of the U.S. Department of Health and Human Services requesting a prompt and thorough investigation into the National Institutes of Health’s response to biosafety concerns raised about taxpayer-funded coronavirus research at the Wuhan Institute of Virology in Wuhan, China. To date, they have not received a response.