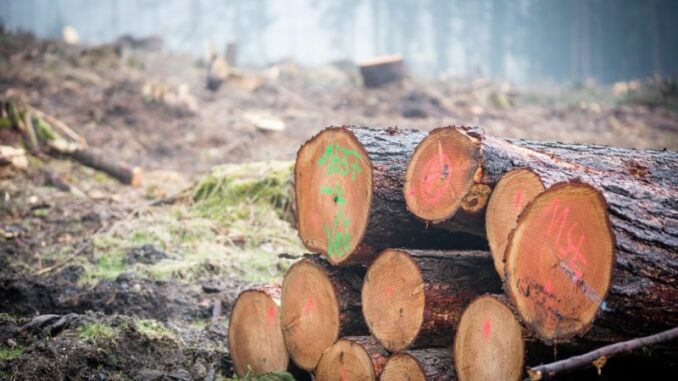 As reported in The Herald, the tree removal was for 21 wind turbine projects.

“The Scottish Government has moved to reassure that more trees have been planted, but it is unknown what proportion of these are mature plants that play a bigger role in turning carbon into oxygen

“A Scottish conservation charity, which has planted almost two million trees across the Highlands, believes that both wind farms and trees are key to reducing carbon levels.”

The tree removal seems especially ironic given that world leaders supposedly agreed to end deforestation by 2030 at the recent COP26 climate summit in Glasgow, Scotland.

The Herald further reports that: “A spokesman for Forestry and Land Scotland, said: ‘Renewable energy and forests are key to Scotland’s contribution to mitigating climate change and FLS is successfully managing both elements.

“‘The figure for trees felled for windfarm development on Scotland’s forests and land, as managed by FLS, over the past 20 years is 13.9 million. However, it should be noted that these trees – being a commercial crop – will have eventually have been felled and passed into the timber supply chain in any case.’”

Yet once wind turbine instillations are placed on the site where the trees once were, the trees can no longer be regrown there as part of a sustainable timber supply chain.