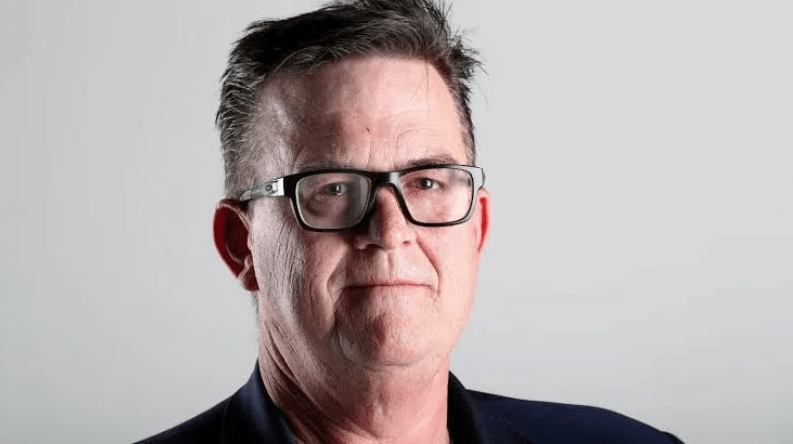 This is the “interview” from yesterday. Can you imagine Plunket being able to win a debate if he can’t name-call, interrupt and has to deal with actual evidence.

Sean Plunket wants a high stakes $1M debate to determine who is telling the truth. Game on!

Sean Plunket of The Platform in New Zealand, challenged me on Twitter to a $1M high stakes debate. My response? I’m all in for raising the stakes. Here are the rules I propose.

Today was an exciting day for me. Sean Plunket, founder of The Platform, accepted my offer of a debate.

I offered in my Substack:

Sean, if you are so sure you are right about those clots like you said, would you like to bet me $1M? This is a quick way to double your money without risk.

He accepted on Twitter. This is going to be game changing because it will be the FIRST EVER high stakes debate to resolve an issue that the pro- and anti-vaxxers disagree about. We’ve waited 3 years for a face-to-face discussion and now, thanks to Sean, we are finally going to have it! I am so excited.

And because I don’t want Sean to accuse me as a grifter, I will let him know up front that the cells don’t lie and it’s impossible for you to win the bet on the clots.

I wrote a Substack article challenging the founder and editor of The Platform, Sean Plunket, to resolve our differences in a debate after appearing on his show on Dec 12 (New Zealand time). I also offered to bet him $1M on his claim that the strange embalmer clots are primarily (or wholly) formed post-mortem.

Here are the comments from Sean’s followers on his post:

I gotta tell you. SuperPsi (see box in red above) gets my vote as the funniest response (while also being 100% true).

I also want to acknowledge the assistance from Jonathan Jarry and Debunk the Funk who collectively convinced Sean that I’m not serious about my offers. Jarry and Funk are both misinformation spreaders who refuse to debate me ON CAMERA. Sean clearly relied on them in accepting my offer. I keep telling Sean he has to LOOK AT THE DATA and not trust the “experts.” By the end of this, Sean will see that I am right.

Sean: feel free to put Jonathan Jarry and Debunk the Funk on your team. See, I’ve made it easy for you!

Let’s clarify the bet terms for all to see

Here is my proposed term sheet for the contest. It is completely neutral with neither side having an advantage. Sean, if you want to limit it to $1M on just the clots being formed post-mortem, I’m absolutely fine with that. Or we can make it more general purpose and interesting as I’ve proposed below:

Other options for the debate:

I’m open to other options.

This is an offer Sean can’t refuse. He can’t argue my terms aren’t fair because if he doesn’t like any of the terms, he can propose an alternative that is fair and balanced. Also, my terms are fair as his followers would agree.

If he backs out now, it looks bad… really bad because he’s already accepted. There is now no way to back out without it being interpreted as a tacit admission that I’m right and he’s wrong.

So there is no way out. I think the “rock” option in the poll above is starting to look pretty good. At the time this is being written, more than half of my readers think Sean will take that option. 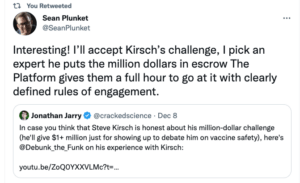 It is interesting to read the comments.
You can read them HERE