There is a bit of an arguments between those who think this is leading to war and a “march to Kiev” and those who stick to their old, established positions and are saying this is a provocation and only about NorStream-2 and nothing will happen. 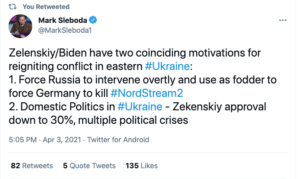 Having watched this unfold for some weeks I have very little respect for the political pundits who have kept a total silence about this build-up until the moment of crisis arrived.  Can they say they were unaware when I have been following this for weeks.

I prefer to just follow the facts-on-the-ground as best as I can ascertain and leave the political bickering to others. I have learned not to cocksure about anything, especially if I do not have a finger on the pulse of events on the ground as well as the political situation. The truth often ends up lying between two extremes.

The following is from the ever-conservative, Alexander Mercouris:

Meanwhile, the turds at Radio NZ are dutifully churning out the propaganda although they have no clue about anything 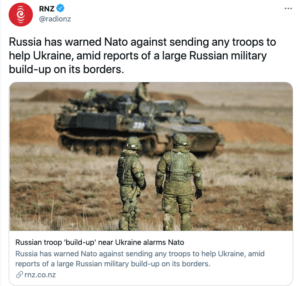 The following is from the  Greek site, warnews34/7/gr that I have been following

There is a serious possibility that the death of a 5-year-old girl by a Ukrainian drone, an issue that is very high in the Russian media, and the information about the arrival of NATO forces in Ukraine broadcast by avia pro , will hasten the new Russian operation.

If the day before yesterday’s WarNews247 report on the passage of NATO forces in Ukraine is confirmed, then “Aeolus’ bag opens”.

For the first time, NATO members will touch the Russian border.

Donetsk’s “former defense minister” (rumored to want to be an FSB officer), Colonel Igor Strelkov, made significant statements, stressing the need for Ukraine to be defeated militarily, forced to surrender and lose access to the sea.

The settlement of the Donbas issue is possible only by returning to the plan of “New Russia”, there is no other way to end this war otherwise it will continue until the Russian Federation weakens.

“Kiev has mobilized 70,000 troops in Donbass alone and another 100,000 are supporting the military operation. In addition, according to Ukrainian military plans, 1 million Ukrainians are expected to lay down their arms.

At the same time Donbass has only 30,000 men who have to defend in a 250 km line. Everywhere there are outposts and forts with 4-6 men each.

I predict in case of a Ukrainian attack, the lines of defense will “break” in the first 1-2 hours. In the next 2-3 days Donbass will be defeated and in 7 days Ukraine will reach the border with Russia.

If Russia does not get involved and loses Donbas, then Crimea follows. At the same time, it will receive a wave of refugees from Donbass to Russia.

NATO is moving troops to the borders with Russia and Crimea

The Russians say NATO intends to deploy troops on the border with Ukraine and Crimea.

This is a development that was previously reported by WarNews247. We also talked about the deployment of NATO forces and the “No-Flight Zone” in the Donbas area.

“NATO in an emergency meeting intends to transfer troops and troops to the Ukrainian border in Donbas and Crimea.

During the meeting, it was decided to transfer NATO forces to the borders of Ukraine and Crimea in order to “stabilize the situation”.

“Obviously we are talking about several units with offensive weapons, including HIMARS, capable of hitting deep in the range of 250-300 km, tanks, etc.”

On April 1, Zelensky held an emergency Security Council meeting on the Russian attack, according to Secretary-General Alexei Danilov.

The latter publicly revealed that Zelensky, along with Generals and intelligence officers, had gathered to assess the situation.

“The council was attended by 8 generals, military personnel and intelligence officers. There they agreed that there is a “resistance system” in each region. We can not reveal further details.

Every day, Zelensky receives reports on the situation on the border with Belarus and Russia

“Let’s be clear, Kiev is preparing for a conflict with Russia – It is surrounded everywhere”

For the first time publicly on Ukrainian television and specifically on the channel UKRLIFE.TV, it was said that “Kiev is preparing for NATO involvement in a war with Russia. Exercise “Defender Europe 2021 is exactly that.

“3/4 of our territory is surrounded by Russian troops and if we take into account Belarus, then 5/6 have been surrounded,” it was specifically mentioned. 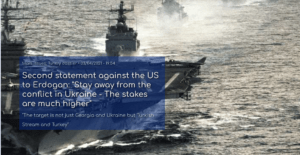 “Turkey must abstain and strictly abide by the Montreux Treaty on the Turkish Straits. The US-Russia conflict is not just about Ukraine and Georgia, but also about Ankara and Turkish Stream. “

The second and most comprehensive presentation was accepted by the President of Turkey, R.T. Erdogan, against the backdrop of the US-Russia conflict over Ukraine.

The statements of the Turkish analyst, Mehmet Ali Guller, are extremely detailed, while it is noteworthy that he also advises Erdogan to “distance himself” from the USA, as the conflict and the game that is being played are much bigger and concern the “total energy stocks of the Black Sea ”!

His reference to the Montreux Treaty and the legal guarantees during the Cold War leaves open implications for the case of the transfer of an American aircraft carrier to the Black Sea.

Presentation to Erdogan: “Ukraine will be divided – Turkey to distance itself from the Russia-NATO conflict”

“There are two plans that the United States has targeted: the first plan is Turkish Stream, the Russian-Turkish pipeline, and the second plan is Nord Stream-2.

The US is using allied pressure and playing the role of sanctions to cancel both plans.

These two plans are of great importance in terms of energy and politics. They have a global dimension as the US weakens its ability to control its allies.

We are looking at it from a different angle: the new US administration has embarked on a strategy of destroying EU-Turkey cooperation with Russia.

As a prerequisite for this strategy, Russia has been declared a “modern threat” to NATO.

Washington’s logic is this: Russia is an enemy and especially Turkey, NATO members including Germany must take a stand against Russia!

The US strategy through Georgia

It is a US-built line of defense that stretches from the Baltic region, covers Eastern Europe via Ukraine, “crosses” the Black Sea west through Romania-Bulgaria and extends from there to their base in Crete in the Mediterranean. and in the Aegean via Greece.

Russia is the line of this struggle.

The US will try to keep this line from the Black Sea and Georgia using the Turkish Straits.

Black Sea Energy Reserves – What has been discovered

The Black Sea has the potential to become an area of ​​new energy war like the Eastern Mediterranean. There is a long history of hydrocarbon research in this area. The stocks found so far are:

All of these gas reserves are expected to increase in the future. Because according to experts, the reserves in the Black Sea amount to 7.6 trillion. cubic meters.

For example, Exxon Mobil, one of the largest US energy companies, has focused its research on the Western Black Sea with NATO countries Bulgaria and Romania.

The conflict is not just about Ukraine – it is about the Black Sea energy reserves!

The possible discovery of new gas reserves increases the importance of the existing pipelines and especially the Turkish Stream and creates conditions for a collision over the new pipelines.

That is why the recent military development in Bulgaria, Romania and Greece must be assessed not only on the basis of the US-Russia conflict but also on the basis of energy. In other words, to evaluate the energy and political dimension of the conflict in the Black Sea.

A Pentagon statement on the meeting between US Secretary of Defense Lloyd Austin and Turkish Defense Minister Hulusi Akar said the two ministers discussed “instability along NATO’s eastern and southern wings, including NATO”. difficulties posed by Russia “.

When the US speaks of “instability on NATO’s eastern border” they mean what we have described above and it includes the Black Sea.

Shock in the US: The source of instability is not Russia!

However, this source of instability is not Russia here but the United States.

“Instability” is also the “excuse” created by US imperialists to enter the area they have targeted.

“Turkey should be very careful”! Are the US planning to send an aircraft carrier to the Black Sea?

The US is trying to increase its presence in the Black Sea through NATO precisely because of this “instability”.

That is why Turkey, despite the current problematic approach of the government in the Black Sea, must be very careful, just like in the Cold War, regarding the Montreux Treaty and the legal guarantees (it means that they must be respected).

Ukrainian soldier dismembered by Russian mine – Ukraine: “We will begin to participate in NATO missions in the Mediterranean and Iraq”

A 5-year-old girl was killed by the use of a Ukrainian UAV, the Russians report, “photographing” the Turkish Bayraktar TB2, while a Ukrainian soldier was killed as he hit a mine which blew him up at the line of contact with Donetsk in Eastern Ukraine.

At the mercy of their fate the Ukrainians: Urgently set up minefields to prevent violent advance of Russian armored Divisions towards the Dnieper (video)

Russians: A 5-year-old girl was killed by a Ukrainian drone

In a last-minute development, Russian media are very high on the death of a 5-year-old girl from a Ukrainian drone in Donetsk. Is this the reason for the new Russian invasion?

The incident is said to have taken place in the Oleksandrivka region, a village between Marinka and the southwestern suburbs of Donetsk.

The Russians clearly speak of the use of UAV Bayrakltar TB2 as they report that “Ukrainian UAV flew and bombed the Donetsk region. There were two citizens at that moment. As a result of their act, a little girl born in 2016 was killed and a woman born in 1954 was injured, who was taken to the hospital “.

At 25 km from the Ukrainian border the Belarusians

At 25 km from the Ukrainian border, the Belarusian forces are in a rather unexpected development as the movements of forces continued late last night.

Late last night, a surprise exercise was ordered by Belarusian paratroopers who landed in the Brestsky area just 30 km from Ukraine and 3 from Poland.

In addition, two Russian Il-76 aircraft of the 38th Airborne Guards Brigade landed in the Baranovichi area of ​​Belarus, 130 km from the Ukrainian border.

Russian S-300s were spotted near the Ukrainian border

A Russian military phalanx with S-300 anti-aircraft systems was located near the Ukrainian border as part of a Southern Military District readiness exercise.

Russia continues to transfer forces with extinguished unit insignia, area as you can see in the photos

At the same time, a new deployment of Russian forces was detected in the Crimean region.

Ukraine appeals to US: “Send forces immediately” – Scenario of a new state from Moscow – Russian soldiers erase the insignia! (video) 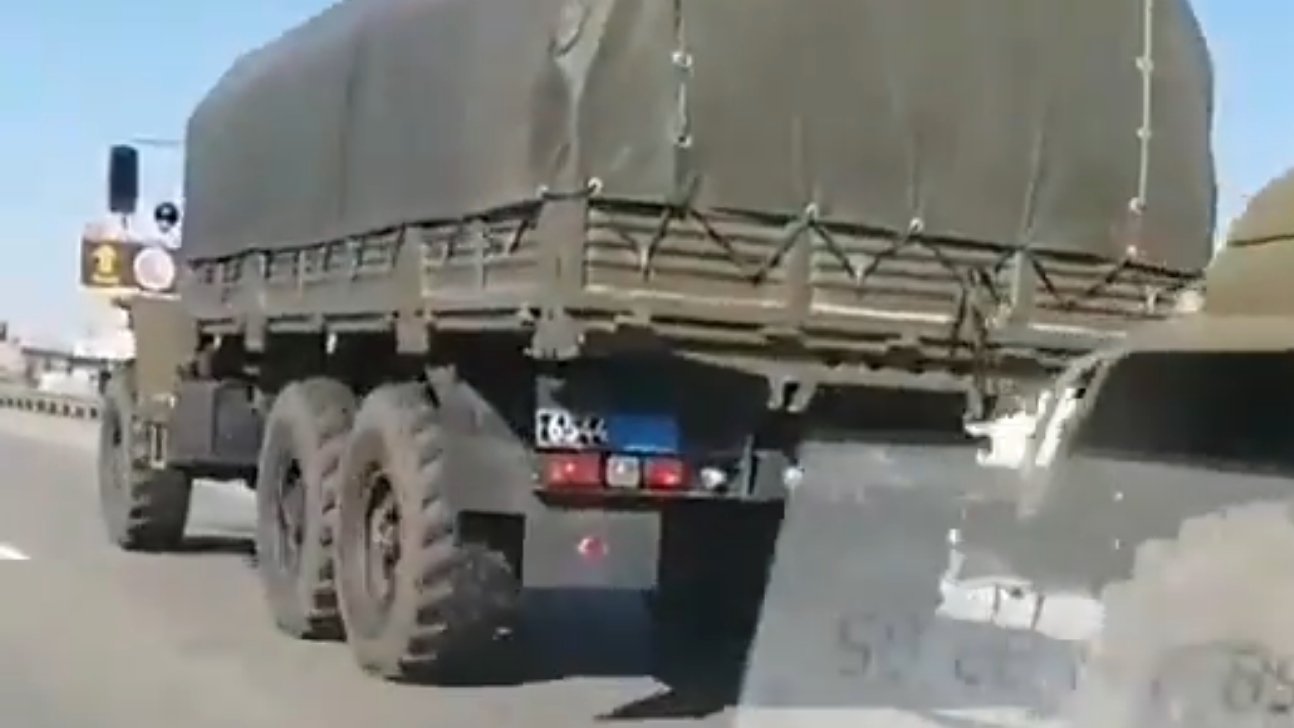 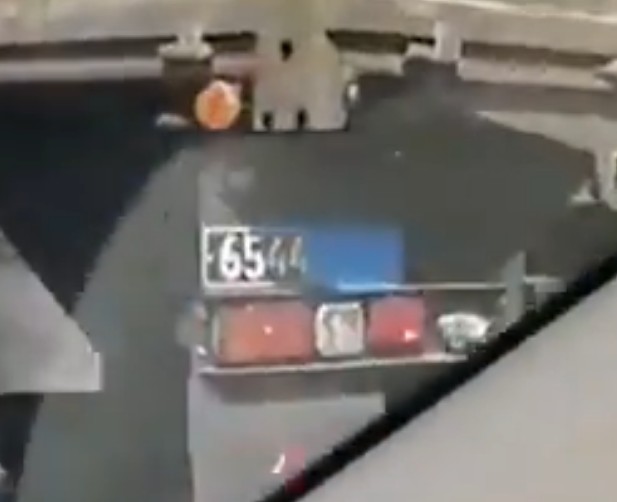 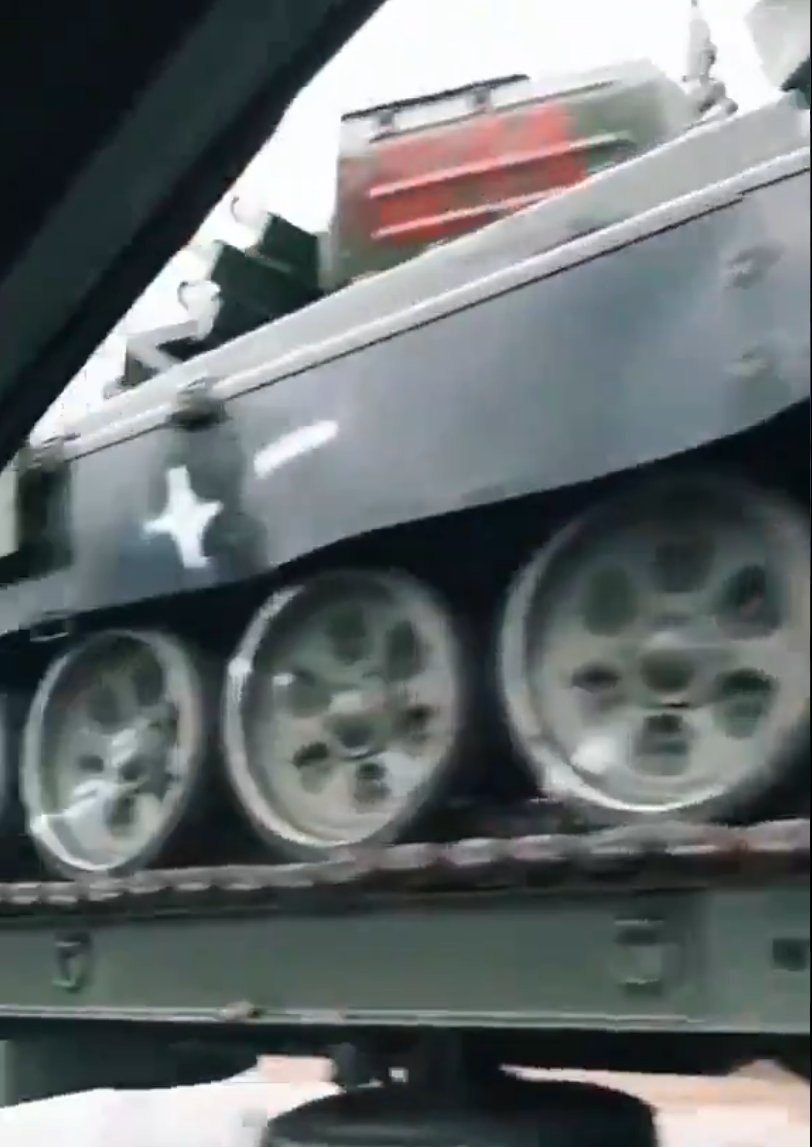 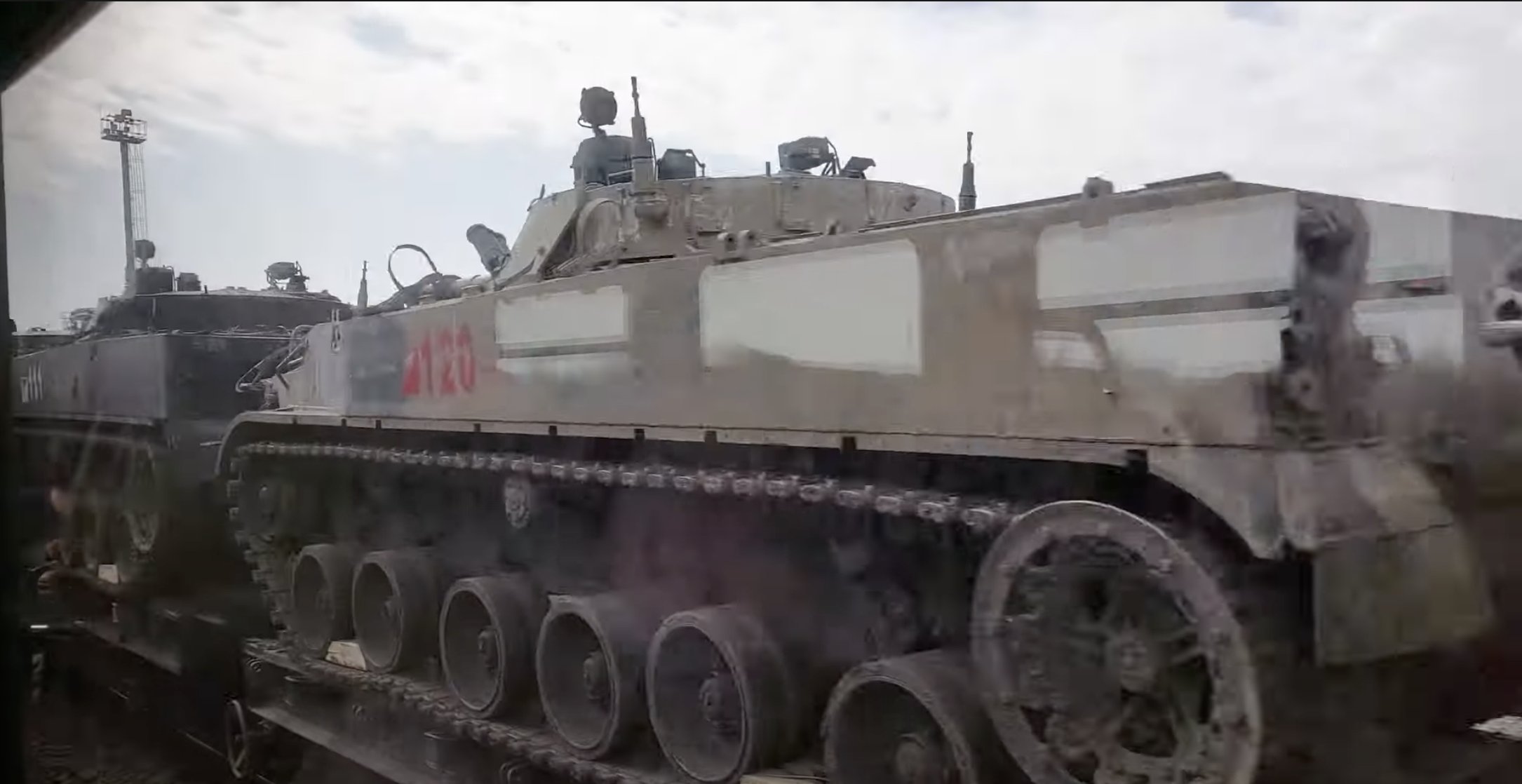 Ukraine: “We will start participating in NATO missions in the Mediterranean and Iraq”

Ukraine’s participation in NATO operations in the eastern Mediterranean and Iraq was announced by the spokesman for the General Staff of Ukraine, Colonel Andriy Pavelko.

He said Ukraine’s armed forces were to assist with NATO naval units in the eastern Mediterranean but also in Iraq, where the alliance wants to increase its presence from the approximately 4,000 troops it maintains there to 4,000 who will receive training. of Iraqi forces. 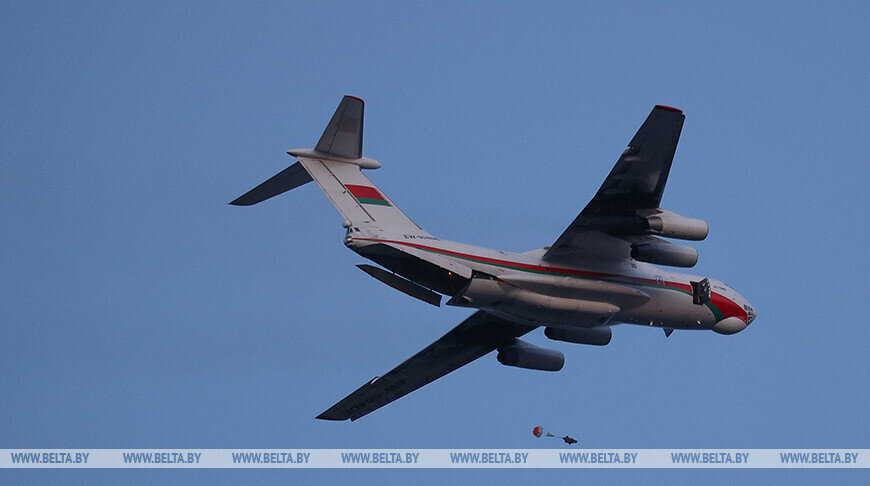 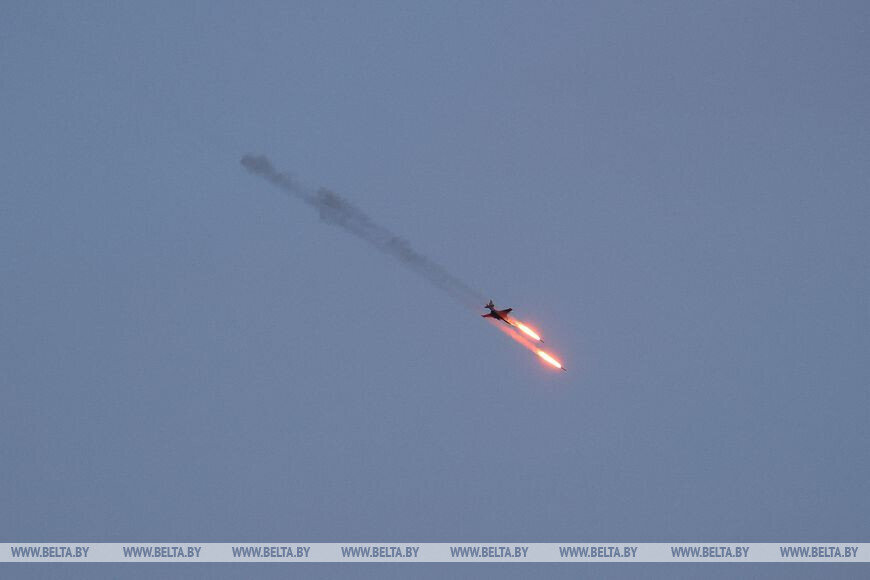 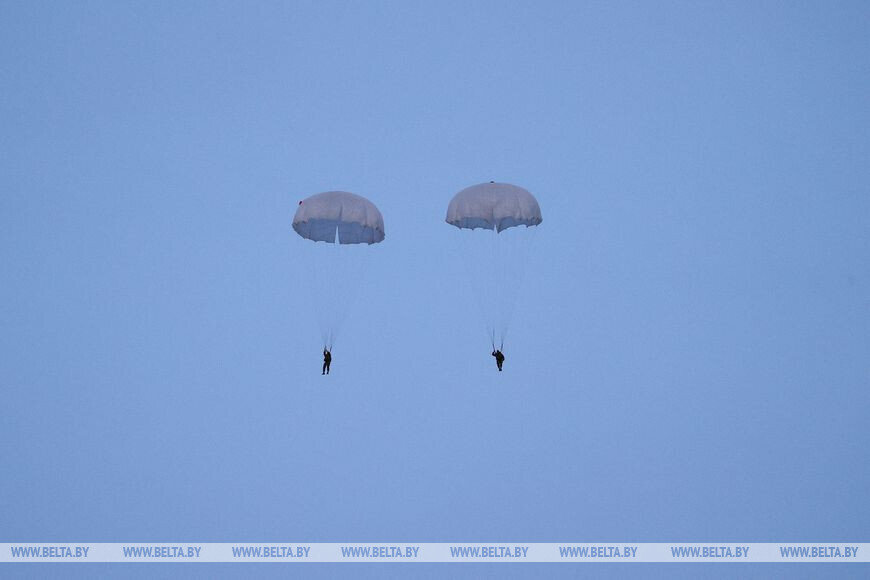 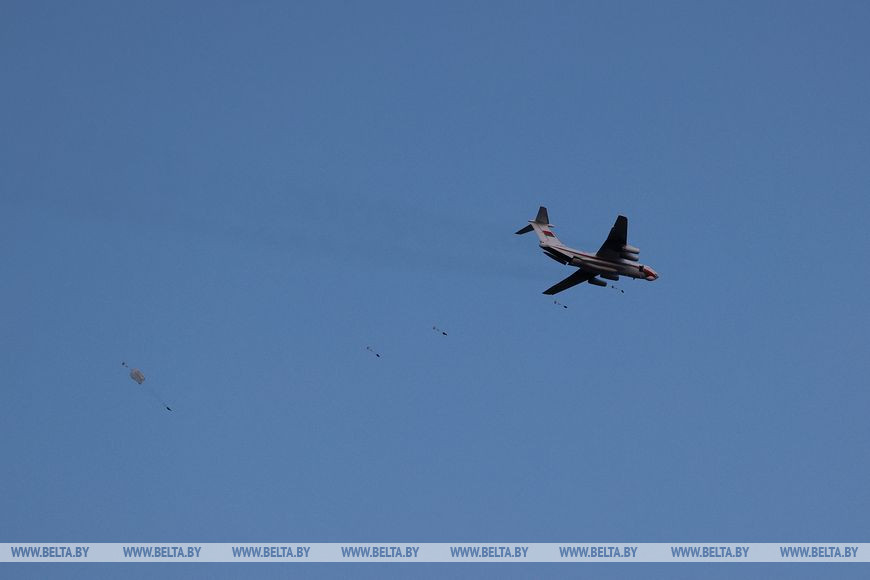 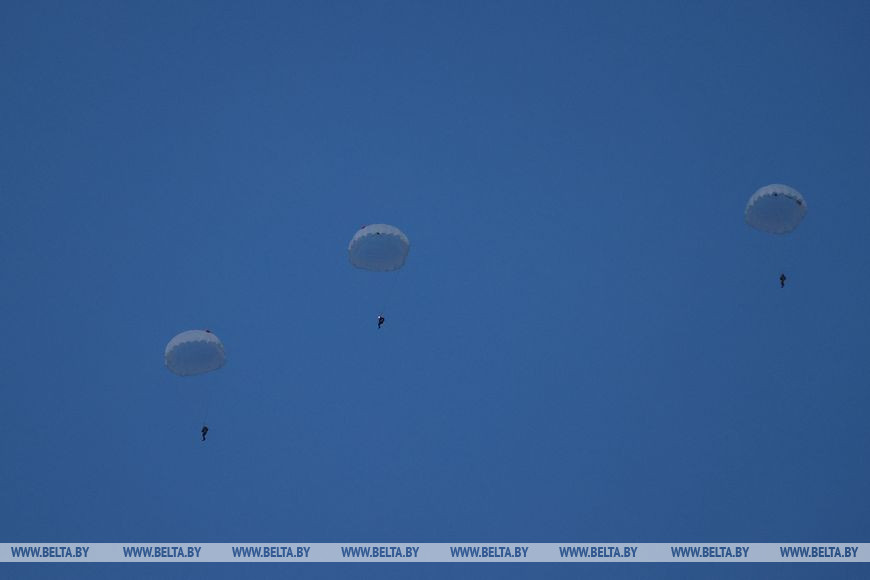