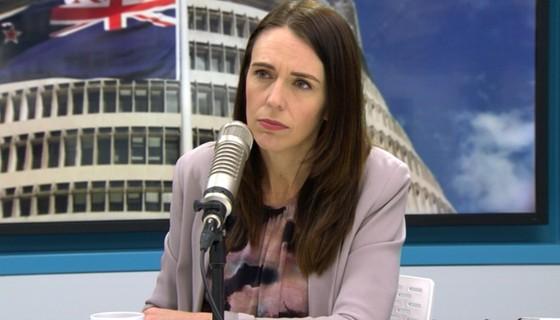 Impossible to find using the search engine, go back one year to the General Election and you will find Adern promising that there would be NO mandatory vaccination.

In fact, they painted any suggestion that there would be as a “dangerous conspiracy theory” perpetrated by Billy te Kahika.

Coronavirus: Jacinda Ardern confident enough Kiwis will get COVID-19 vaccine for herd immunity without being forced to

Conspiracy theorists have claimed a COVID-19 vaccine, when available, will be “forced” on everyone – including Kiwis.

The Government has rubbished those claims, made most notably by Jami-Lee Ross and Billy Te Kahika’s Advance NZ.

On Tuesday Prime Minister Jacinda Ardern went a step further, saying not only will there be no forced vaccinations, but those who choose to opt-out won’t face any penalties at all.

“No, and we haven’t for any vaccination in New Zealand applied penalties in that way,” Ardern told The AM Show, after being asked if there might be tax penalties or other sanctions for refusing a COVID-19 vaccine.

“But I would say for anyone who doesn’t take up an effective and tested and safe vaccine when it’s available, that will come at a risk to them.”

Vaccines can still be effective without 100 percent coverage through what’s known as herd immunity. If most people have been vaccinated, the virus will rarely come into contact with new hosts – meaning outbreaks are snuffed out before they can reach vulnerable people who can’t be vaccinated, such as young babies or those with medical conditions.

The anti-vaccination movement propelled into the mainstream by a fraudulent study published in the late 1990s, has seen reduced uptake of the MMR vaccine in some places, leading to new outbreaks of measles – a disease once considered eliminated from much of the world.

It’s not known yet what level of the population will need to be vaccinated for herd immunity against COVID-19 to work.

Australian Prime Minister Scott Morrison says it’ll be mandatory in Australia for those without complicating health conditions, hoping for 95 percent take-up – which should be enough to bring about herd immunity.

“There are always exemptions for any vaccine on medical grounds, but that should be the only basis,” he said in August. “We are talking about a pandemic that has destroyed the global economy and taken the lives of hundreds of thousands all around the world and over 430 Australians here.”

The number of Australians who have died during the pandemic has almost doubled since those comments a month ago. Australia also has sanctioned beneficiaries who don’t get their kids immunised. Since the ‘no jab no pay’ policy was introduced in 2016, vaccination rates for Aussie children have improved.

Ardern has confidence Kiwis will get the vaccine when it’s available without compulsion though, playing down the influence of the anti-vaccination movement.

“If you look at the levels of vaccination we manage to reach in New Zealand, they are high. People talk about anti-vaxxers –  actually, the bigger issue in New Zealand is more than Dr Bloomfield calls vaccination hesitancy. It’s not people who are strongly morally opposed – it’s more people who just need a bit of extra support, remove the barriers, a bit more information.

“I see no reason to [have penalties]. We get up well over 90 percent for our vaccinations without that, and I believe we will for this.”

The New Zealand Public Party (NZPP) has been blasted after uploading a video falsely claiming the Government had passed a law allowing it to “force” citizens to get a COVID-19 vaccine.

Key parts of MPs’ speeches were cut out to doctor the meaning of what they were saying in the video, uploaded to the party’s Facebook page, AFP Fact Check said.

In the opening seconds of the video, ominous music plays as subtitles flash up with the incorrect claim.

“Labour passed a law change… They gave themselves the power… To force citizens to be vaccinated.”

Andrew Geddis, a professor of law at Otago University,  told AFP the Government cannot – even under the COVID-19 Public Health Act – force anyone to be vaccinated as it would go against the New Zealand Bill of Rights.

“The Minister of Health can only make orders under the legislation if satisfied that the order does not limit or is a justified limit on the rights and freedoms in the New Zealand Bill of Rights Act 1990​, which then states in S11 that ‘everyone has the right to refuse to undergo any medical treatment’.”

At 34 seconds into the video Stanford says “just to be absolutely clear, this act in this part lays the potential future groundwork for people to be required to be vaccinated”.

The misleading video then cuts away before the sentence ends, taking out the crucial clarification “before they enter New Zealand”.Stanford has blasted the Public Party, saying its video is “dangerous and misleading”.

“By cutting out part of my comments and questions and using selective responses from the minister, it looks like we are discussing mandatory vaccinations for Kiwis, which was not the case,” she told AFP.

Woods is also misquoted. In the video, the beginning of one of her statements has been edited out.

She is shown saying “but the critical part of this legislation is making sure it is future-proofed. This is a rapidly evolving global situation that could in the future include the requirement that someone is vaccinated.”

Missing is her clarification the legislation is a “framework or which secondary instruments, regulation, will set specifics”.

A spokesperson for Woods reiterated this in a statement to AFP, saying the legislation “could enable regulations around the requirement to be vaccinated before returning to New Zealand, however this would be subject to its own legislative process and is not currently law”.

The Public Party’s website says if elected, it will conduct “an independent People’s Commission” to investigate vaccines.

Jami-Lee Ross, the co-leader of Advance NZ, told Newshub everything used in the video is “accurate”.

“The video states: ‘In the last week of Parliament, as the House sat under urgency, Labour passed a law change, they gave themselves the power to force citizens to be vaccinated’.

“This is accurate as the amendments to section 11 of the COVID-19 Public Health Response Act 2020 provide the ability for a Minister to issue an order requiring those crossing the New Zealand border to satisfy any specified criteria.”

He said Stanford admitted the powers can be used in relation to vaccinations.

“As New Zealanders will be crossing the border, the power can be used to effectively force citizens to be vaccinated if the Government deems that necessary as a specified criteria an individual must satisfy before entering New Zealand.”

Ross says Advance NZ’s policy is to repeal the act and “take a more balanced and risk-based approach to dealing with COVID-19”.