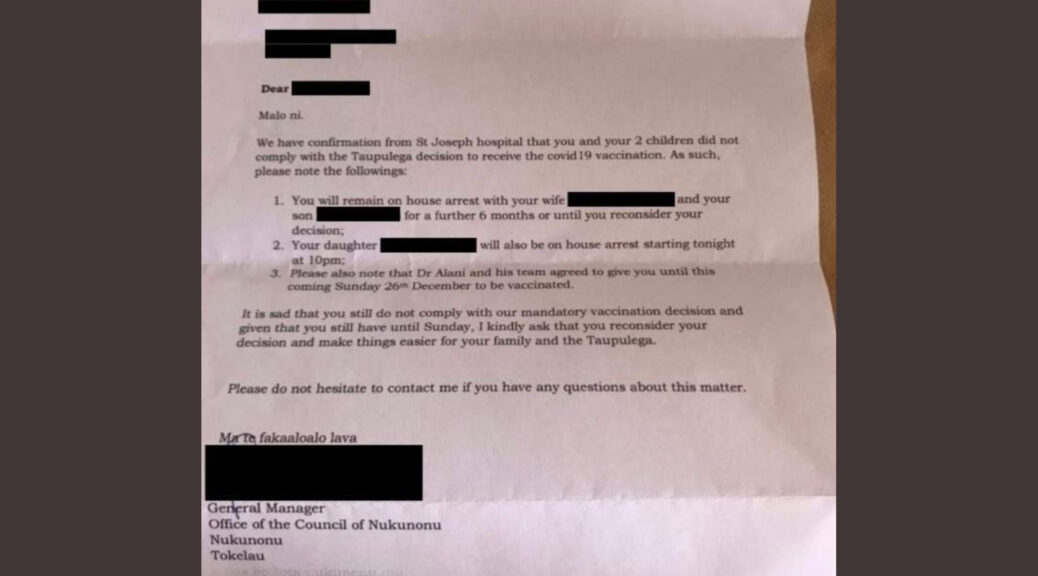 This story has finally made it. However, when I first learned about this I discovered there were people who wanted to bury this story because they were concerned with other things.

Don’t believe it can’t happen on the mainland.

It has already happened in a NZ dependency that has had ZERO covid cases. 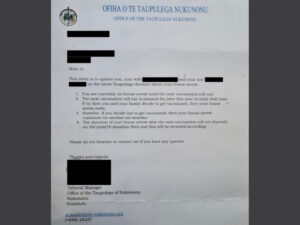 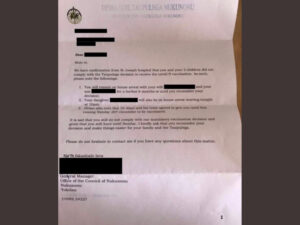 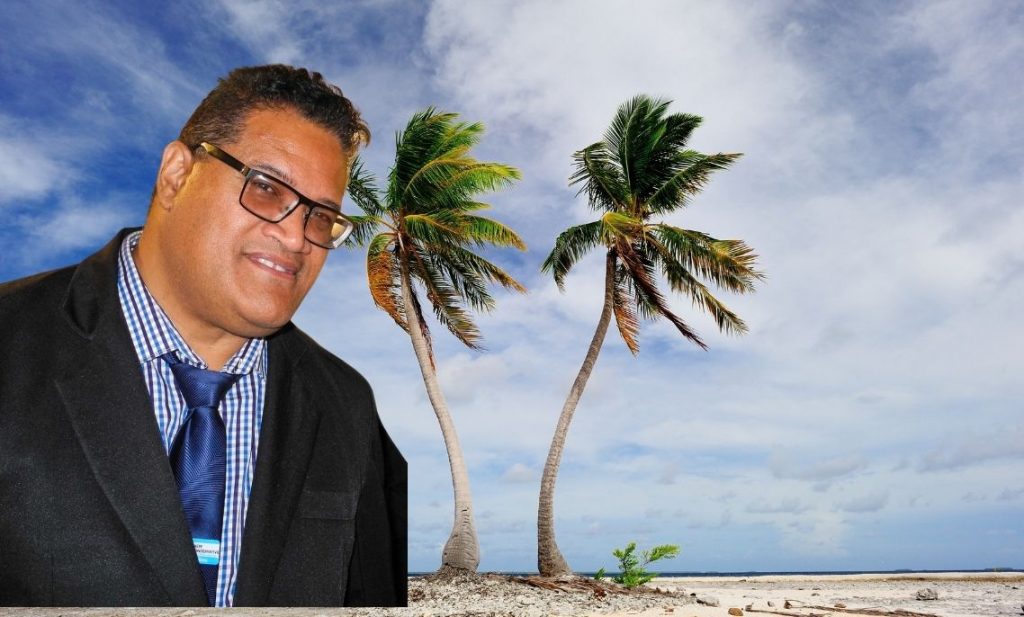 In 1962, Samoa became the first Pacific Island Nation to move from being New Zealand administered to self-governing successfully. An entity with a Samoan administration, endorsed by the United Nations and made up entirely of qualified Samoans.

It is easy to get caught up in the moment. Samoans are so proud of our independent status among the nations of the World, and as a fellow Samoan, I can’t help but share in that same sense of pride and accomplishment. Today, in New Zealand, we commemorate this auspicious moment in Samoan history by celebrating an entire week of Samoan-themed activities known collectively as Samoan Language Week.

But what if Samoa never gained its Independence from New Zealand?

How would that change things in our relationship with New Zealand or with fellow Kiwis?

I do not know the answer to that question, but there is one Pacific island nation out there today that is still under the administration of the New Zealand government. And this nation is where a travesty of freedom has taken place. A mockery of liberty that, in my opinion, can only be traced back to the COVID–19 policies of the Jacinda Ardern-led Labour/Greens coalition government.

That Pacific island nation is Tokelau and knowing what is currently taking place there has put a significant damper on Samoan Language Week for me.

Who can celebrate Freedom and Independence when your Pacific neighbour cannot celebrate with you?

Tokelau and Samoa are more than just neighbours; they are family, aiga. Indeed, the only way to access Tokelau is by a 20-hour boat trip from Samoa.

As one of the Talanoa Sa’o program hosts, I am always on the lookout for Pacifica stories of interest to discuss. Hearing about Tokelauans being placed under House Arrest for refusing the Pfizer Covid-19 vaccine immediately caught my attention.

Talanoa Sa’o got involved via some Tokelauan friends, by which time the families in Tokelau had been under house “isolation” for over seven months. Yet this issue was receiving little to no attention from local media. I soon found out why that was. After interviewing those affected on Tokelau, it became clear that, although feeling victimized by the Taupulega (Council), they had chosen to keep this issue quiet out of loyalty, respect and love for the Tokelauan culture.

Historically, when people have stood up for their rights, they are often applauded. This time, the families were instead immediately punished with house arrest (later renamed “house isolation”) for standing up for their religious beliefs and personal convictions. At this point, it is important to note two facts:

We agree with our Tokelauan brethren that their human rights have been violated. Therefore, it is their right to pursue justice via legal proceedings.

So, from late February until now, Talanoa Sa’o and the Daily Examiner have been involved in creating awareness and trying to help resolve this issue for our Tokelauan families and friends.

While we worked almost exclusively with specific families in Atafu, we were shocked to discover other house-arrested New Zealand citizens, this time on another island of Tokelau named Nukunonu. Again: there is no COVID-19; they are New Zealand citizens and, ordered under house arrest for refusing the Pfizer vaccine.

Like the families in Atafu, they are denied access to social and medical services, including church and hospital.

Days after Talanoa Sa’o and The Daily Examiner started sending letters to the General Manager, New Zealand Administrator and New Zealand Prime Minister, the Taupulega Council in Atafu met to discuss releasing the unvaccinated families in Atafu from House ‘isolation’.

And four days later, on May 13, the unvaccinated families in Atafu were released from House isolation, albeit with severe restrictions:

The house arrested in Nukunonu are still under ‘House Isolation’, awaiting a council hearing sometime this month where the Taupulenga will discuss their “punishment”.

Remember: there has never been any COVID-19 on any of the Tokelau Islands, and the residents are New Zealand citizens.

I have opined that this travesty is due to the COVID-19 policies of the New Zealand Administration.

During the rollout of the Pfizer Vaccine in July of last year (2021), Mr Ross Ardern, the father of current Prime Minister Jacinda Ardern, was the Administrator of Tokelau, the highest political position in Tokelau.

Many may not know that Ross Ardern was made aware of the house arrests and made contact with representatives in Tokelau as early as late July.

In early August of last year, Ardern was present at a Taupulega council meeting in Atafu via the internet, where the non-compliant families were being rebuked. The families were under house arrest and pleading to be released. Instead of advocating for the rights of the New Zealand citizens, Ross Ardern instead added his rebuke of the family members by telling them to stop listening to silly people on the internet and trust the Government for truth.

We are very humbled to have been a part of the families’ journey to seek justice and can now report on the latest development:

Ross Ardern has now resigned from his post as New Zealand Administrator of Tokelau.

We are following up and pressing the government to answer why and how this travesty happened.

And what is behind the sudden departure of Jacinda Ardern’s father from the nation that locked down New Zealand citizens for nearly an entire year?