This is confirmation of something that Hal Turner reported on.

Yesterday, passengers off the last flight from Wuhan to Australia were released to go into Sydney after it was established that they didn’t have a fever even though there is an incubation period of several days in which symptoms are not yet apparent.

Today, the Guardian reported that a Chinese woman evaded checks in China to fly to France by swallowing pills to suppress signs of fever.

And yet the WHO has announced it is “too early” to call a global emergency.

I wonder what they are waiting for.

Even if western nations are ignoring this, presumably hoping it will go away, other countries like Russia ARE responding. 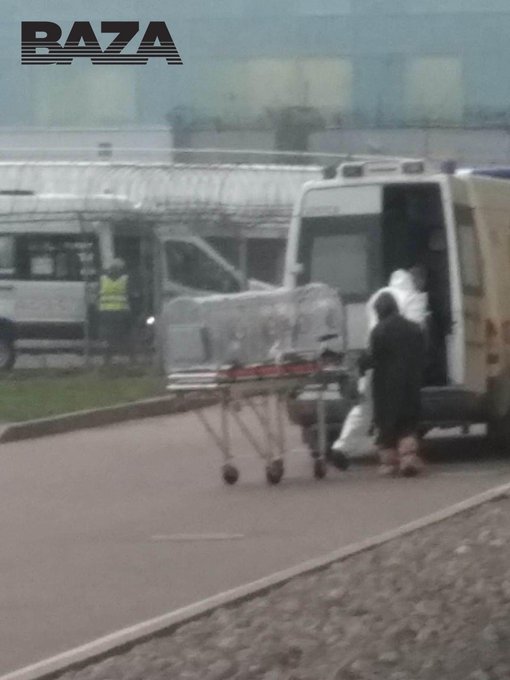 One of the passengers who was hospitalized from Pulkovo Airport in Russia, with suspected Chinese coronavirus, was taken away by doctors in protective suits. The stretcher was covered with an airtight dome. The premises of the airport, to which the man arrived, have already been processed by special forces.

Some
China coronavirus victims didn’t even have a fever

By Will
Davies and Stephen Tan

(Bloomberg)
— Several people who’ve died from a new virus in China didn’t
display symptoms of fever, potentially complicating global
efforts to check for infected travellers as they arrive at
airports and other travel hubs.

Details
released by China’s National Health Commission show five of the 17
people who died after being infected with novel
coronavirus displayed other symptoms such as breathing
difficulty, chest tightness and coughing. The joint-oldest victim, an
89-year-old male, was suffering from drowsiness and incontinence, as
well as a fever. He sought medical help on Jan. 5 and died on Jan.
18. He had pre-existing conditions, including hypertension.

The
absence of fever in some cases indicates that temperature screening,
the most common measure being used at transport links and airports to
check travellers, may not identify some infected people.

At
least nine victims had pre-existing conditions such as diabetes,
coronary artery disease and Parkinson’s disease, the National
Health Commission said. Eight were aged 80 or over, two were in their
seventies, five in their sixties and one in his fifties. The youngest
was a 48-year-old woman with a pre-existing condition. Four of the
victims were women and the rest were men.

China
has banned travel from Wuhan, the epicenter of the virus, essentially
putting the capital of central China’s Hubei province — with a
population of 11 million people — under lockdown. The virus has
already spread to other parts of the country and elsewhere, including
the U.S. and Hong Kong, triggering memories of the SARS pandemic in
2003 that killed nearly 800 people.

Hong
Kong on Thursday suspended high-speed rail ticket sales to Wuhan,
nearly 600 miles away, according to Radio Television Hong Kong, while
Macau’s government canceled Lunar New Year festivities. The
holidays begin in earnest tomorrow, heaping pressure on Chinese
authorities trying to contain the virus as hundreds of millions of
people travel to their hometowns in the biggest migration of
humans on the planet.

The
World Health Organisation is meeting Thursday to determine a strategy
for the outbreak.