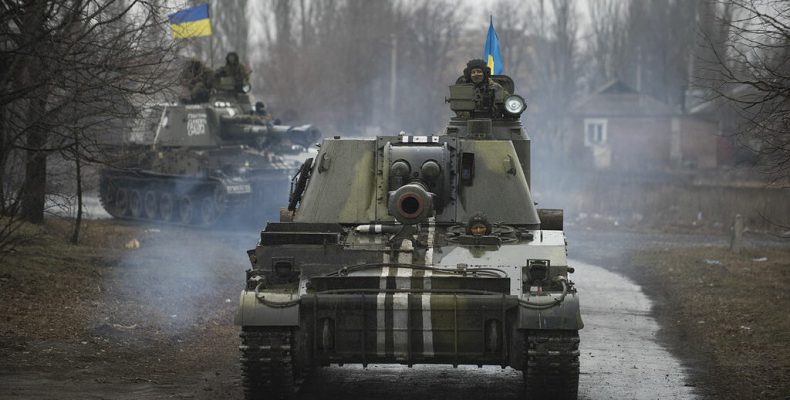 I spent much of yesterday just listening to different podcasts trying to make sense of events in Ukraine over the weekend.

On the face of it this was a rout for the Russian army: the Ukrainians won back (according to them 6,000 sq. km of territory and the Russians withdrew in chaos.

However, understanding comes not from listening to accounts from western journalists sitting in Kiev, getting all their information from the Ukrainian authority.

At the very least, a knowledge of history helps.

I gleaned quite a lot from listening to various podcasts, most notably a very good analysis from Alexander Mercouris of the Duran.

There is no doubt where Alex’s sympathies lie but he is, in my mind, pretty objective.

There was also a good discussion on the Duran. These are just my rough notes from memory. I recommend you watch the videos, especially that of Alexander Mercouris and the Duran.

The following is a long essay from the Saker.

On the role and importance of PSYOPs for the SMO (warning – long discussion!)

Listening to all the innumerable opinion and news (the latter mostly fake) about what happened in the past days in the Ukraine I am getting the feeling that I am observing to quasi non-connected worlds.  The first world is the purely military world and in that world a rather minor incident happened. In this world, it is even possible that the Russian executed a crafty feint (Kiev op revisited).   In the second world, let’s call it the “information space” Russia has suffered a crushing defeat and the entire SMO is about to collapse.  These two world are so far apart that it is hard to compare them.  So the first thing which I will try to today is to use common sense to try to tackle this issue.

So the first Big Question is: did the Russian General Staff conduct a brilliant feint to force the Nazi forces out from their dug in positions or did the General Staff totally fail to see the signs of an imminent Ukronazi attack, then screw up in a hasty retreat which left plenty of pro-Russian civilians in the hands of Nazi death squads?

Here is an update from just a few hours ago

Here is a different perspective

Critical hour for the Russian Army: “We have suffered the worst defeat since the beginning of the war” – Kadyrov fierce attack on the Russian leadership

Will the Ukrainian advance continue?

“The situation is interesting, I will contact the Ministry of Defense”: Ramzan Kadyrov spoke about the situation surrounding the abandonment of Russian-controlled areas in the Kharkiv region.

The head of Chechnya said that if today or tomorrow the approach to conducting the war does not change, he will address the leadership of the Ministry of Defense and the top leadership of Russia to explain to them “the situation that is really happening on the ground.”

“The situation is very interesting, I would say, a really scary situation,” he said in a voice message on his Telegram channel. In addition, he promised to regain control of Balakleya, Kupyansk and Izyum:

“I, Ramzan Kadyrov, solemnly declare to you that all these cities will be returned. Our children are already there. Another 10,000 fighters are ready to go, and we will reach Odessa in the near future.” Separately, he noted the silence of the authorities:

“It’s a shame the officials didn’t say anything. If Russia wanted it, it would not take a single step back. It is clear that people were not prepared for this.

It is recalled that after the next update of the Russian Ministry of Defense did not say a word about the withdrawal from Kupyansk and Izyum, the department issued a statement explaining that a “regrouping” had taken place in the direction of Kharkiv in order to intensify operations in Donetsk.

Contrary to the Defense Ministry, Kadyrov said “mistakes were made” and the military strategy in Ukraine must change. Earlier, Kadyrov had already criticized Moscow’s approach to conducting the “special military operation”: at the end of March, when Russian troops left the Kiev region, although they approached the capital

The Ukrainian army has announced that since the beginning of September it has recaptured more than 3,000 square kilometers from Russian forces, in the counter-offensive it has launched in northeastern Ukraine. “Since the beginning of September, more than 3,000 square kilometers have come back under Ukrainian control,” said General Valery Zaluzny, the commander of the Ukrainian army.

“Around Kharkiv, we are advancing not only to the south and east, but also to the north. We are 50 kilometers from the border” with Russia, he assured. “Ukraine continues to liberate territories occupied by Russia,” he stressed in his Telegram post.

The fall of Isium marks the worst defeat Russian forces have suffered since being pushed back from the outskirts of Kiev in March. Thousands of Russian soldiers left their ammunition and equipment behind.

Ukrainian officials have not officially confirmed the recapture of Izium, but President Zelensky’s chief of staff, Andriy Yermak, posted a photo of soldiers on the outskirts of the city and an emoji depicting grapes. The name of the city means “raisin”.

Military analyst Oleh Zhdanov said that with these victories, the way may be opened for the advancement of the Ukrainian army in the Luhansk region.

“If you look at the map, it is reasonable to assume that the counterattack will continue in the direction of Svatovo-Starobelsk and Severodonetsk-Lisitsansk,” he estimated.

The situation is difficult

The situation is “difficult” in the Donetsk region, in eastern Ukraine, Denis Pushilin admitted yesterday, after Kiev announced significant military successes in the counterattack it launched. The Ukrainian army advanced “miles deep” on several fronts in the south

In Liman, which fell to the Russians in late May, “the situation is quite difficult, as well as in some other communities in the northern Republic” of Donetsk, Pushilin said in a video posted on Telegram. Earlier, Russia’s Defense Ministry announced that it had ordered Russian forces to withdraw from the area around the city of Izium, in Kharkiv province, to bolster military operations elsewhere in neighboring Donetsk.

The decision came after the Ukrainians, in their rapid advance, recaptured Kupyansk, a rail hub from which Russian forces in northeastern Ukraine were supplied, cutting off thousands of Russian troops.

“To achieve the stated goals of the Special Military Operation for the liberation of Donbas, it was decided to regroup the Russian forces stationed in the Balakliya and Izium regions to strengthen efforts in the direction of Donetsk,” Russian news agency Tass reported, citing the Ministry of Defense.

Kharkiv: The Ukrainian army is advancing to the north

Ukrainian forces are advancing north of Kharkiv, in addition to the south and east, a day after their surprise territorial gains forced the Russians to abandon their main stronghold in the area.

Ukrainian President Volodymyr Zelensky welcomed the advance, seeing it as a potential turning point in the war and asserting that winter could bring more territorial gains if Kyiv received more powerful equipment.

From Moscow, the Defense Ministry claimed that Russian forces were hitting Ukrainian army positions in the Kharkiv region with precision strikes by airborne units, missiles and artillery.

The Ukrainian victories are politically important for Zelensky as he tries to keep Europe united on Ukraine’s side – and to supply it with weapons and money – even as an energy crisis looms over the winter due to limited supplies of European consumers with Russian natural gas.

“I believe that this winter is a turning point and can lead to the rapid liberation of Ukraine. We see how (occupation forces) are leaving in certain areas. If we were a little stronger in terms of weaponry, we could be liberated faster,” Zelensky said at a political forum.

Britain’s Ministry of Defense said fighting was continuing around Izium and Kupyansk, the only rail hub supplying the Russian front line in northeastern Ukraine. As it marks 200 days since the start of the war, Ukraine has spoken of Russian missile and airstrikes overnight. Bombardment also continues in the east and south.

On the other hand, the governor of Russia’s Belgorod province, which borders Ukraine, said “thousands of people” had crossed the border to escape the fighting in the Kharkiv region. Most of them found shelter with relatives and friends living in Russia, according to Vyacheslav Gladkov.

“Today, 1,342 people are accommodated in 27 temporary accommodation centers in the area. In general, the situation is under control,” he assured, explaining that after noon there were no longer long lines of people at the border, unlike yesterday’s “difficult night,” as he described it.

As for what all this means I do not know. Only time will tell