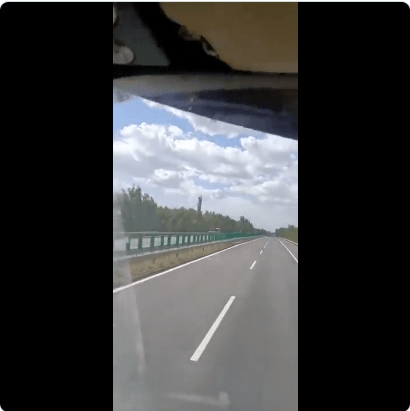 Something is happening in China; a convoy — 80 kilometers long – of People’s Liberation Army units, is headed toward Beijing.  Brief video below, shows a small part of this troop movement.

“On September 22, the Communist Party’s PLA army opened to Beijing. The front of the army is Huailai in Beijing, the rear of the car is in Zhangjiakou, Hebei Province, and the marching team is 80 kilometers.”

In addition to this military convoy, we also now know that Beijing Airport canceled more than 6,000 domestic flights and international flights. Also, all tickets sold by the high-speed rail are suspended, and the rail is completely stopped until further notice.

There are now widespread and persistent RUMORS (totally unverified) claiming a “coup” against Xi Jinping, may be in progress.  Other RUMORS claim President Xi is “under house arrest.”  But no one is confirming any of these rumors, so what we’re left with is what can be proved: Giant military convoy heading to Beijing, and all air-rail travel stopped.

Chinese netizens have stormed Social Media timelines with reports that Beijing is under military seizure. The world, though, has no idea of what’s happening because the city is eventually cut off from the world.

If the Chinese coup rumors are true, then the expectation is that the REAL hardliners take control. If true, a full assault on Taiwan is soon to follow.

More if I get it.